Donald Trump's campaign of cognitive dissonance: "NO COLLUSION," except for all the collusion

Trump and his supporters are confused, and it's no wonder: Was Carter Page a total nobody or a campaign symbol? 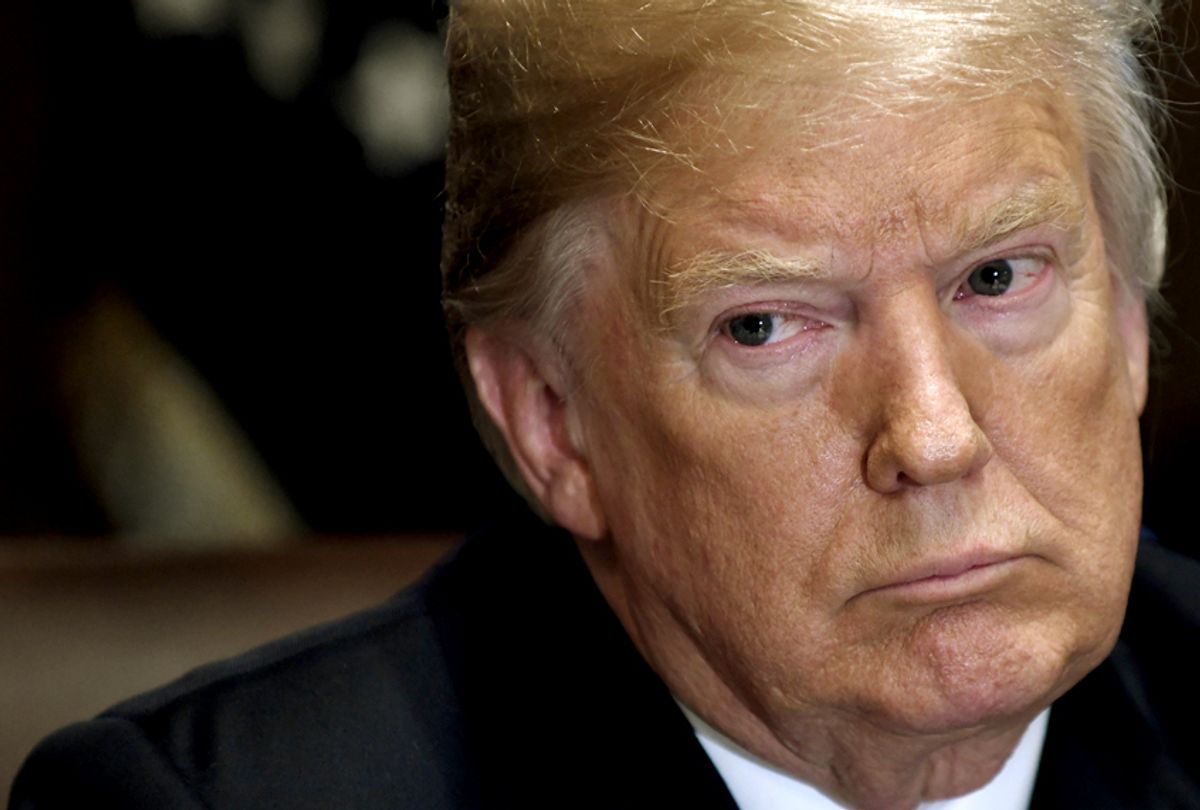 With every development in the ongoing investigation by Robert Mueller and the FBI into the Russian attack on our elections, we learn all kinds of new and damning information about what Russia did and who was allegedly involved. Since the beginning, one of the names that continues to pop up, as in a Whac-a-Mole game (if the moles were all wearing red Gilligan hats) is of course Carter Page.

In case you’re just joining us, Page was a foreign policy adviser to the Trump campaign who has been accused by investigators of being a Russian agent aiding in the Kremlin’s cyber-war against American democracy. When we learned that Page was the subject of FBI surveillance, Corey Lewandowski, Trump’s pre-Paul Manafort campaign chairman, described Page as nothing more than a “low-level volunteer” with “no formal role in the campaign.”

But as we’ve learned throughout the past 18 months or so, and certainly from what we discovered from the content of the redacted FISA application released to the press over the weekend, Page was allegedly targeted and recruited by the Russian government to help “undermine and influence the outcome of the 2016 U.S. Presidential election in violation of criminal law.” The Department of Justice defined Page as a foreign policy adviser to Trump, who is also known as “Candidate #1,” according to the document. The application also notes that Trump identified Page as an adviser in March 2016 and that Page had cultivated relationships with Russian intelligence officers extending back several years.

Cutting to the chase, it’s abundantly clear that Page’s activities constitute what’s colloquially been referred to as “collusion,” even though Trump continues to scream his mantra: “NO COLLUSION.” In a legal sense, Trump adviser Page conspired with Russia to attack America using cyber-warfare aimed at tipping the electoral scales to Trump’s favor. Tragically, it appears to have worked.

Among the myriad problems for Trump and his cult of Red Hat followers is reconciling the intense levels of cognitive dissonance.

No wonder the MAGA crowd has lost its collective mind. They’re being yanked in all kinds of different directions, practically by the hour. Trump’s blurts on Twitter and elsewhere are very often in direct conflict with the word of his staff and other administration officials like Director of National Intelligence Dan Coats, whose view of Russia and the attack appears in stark contrast to Trump’s views. But the cognitive dissonance can be almost exclusively traced to Trump himself.

On one hand, Trump’s loyalists are being told that Russian President Vladimir Putin is no big deal and that he doesn’t need to be personally chastised by Trump for launching the attack. By the way, we now know that the intelligence community briefed Trump on Jan. 6, 2017, informing the then-president-elect than Putin had personally ordered the attack. On the other hand, Trump walked back his own Helsinki remarks, telling his cabinet and gathered reporters that the attack was, in fact, orchestrated by the Russian government.

On one hand, officials like Coats and FBI Director Chris Wray, each of whom was hand-picked by Trump, told us that Russia’s attack will continue this year as well. On the other hand, Trump told reporters last week that, no, there is no ongoing Russian attack on our democracy.

Meanwhile, Trump continues to scream about the “rigged witch hunt,” suggesting -- or simply stating -- that the whole scandal is a hoax cooked up by Democrats to undermine him. Furthering this kooky, fact-free theory of his, and in stark contrast to his own Cabinet-room confirmation that it was Russia, Trump also repeatedly screeched about the Democratic National Committee’s email server before, during and after the Helsinki fiasco. Trump, here, appears to be suggesting or forwarding an ingenious conspiracy in which the DNC hacked its own server and then covered it up, meaning that Russia and Putin had nothing to do with that major prong of the attack.

At this point, Trump’s supporters, both online and on Fox News, don’t know which end is up.

Making matters even more confusing for the Red Hats, Trump can’t seem to decide whether Page was a low-level volunteer or a representative of the entire campaign. All at once, we’re supposed to believe that Page was a big nothing and also a big deal. Again, Lewandowski said Page had “no formal role in the campaign” and yet Trump spent much of Sunday tweeting about how the FBI “spied on” his campaign.

So was Carter Page a nobody? Or was he the equivalent of “the Trump Campaign for President,” as Trump himself wrote on Sunday? For those of us still tethered to reality, and based on the evidence presented to the (Republican) panel of FISA judges, we know that Page’s activities constitute enough linkage between the campaign and Russian intelligence operatives to strongly suggest collusion between the Trump team and Russia. Toss into the mix the Trump Tower meeting in June of 2016; the countless undisclosed meetings between Russian officials and Trump campaign advisers; the Seychelles meeting arranged by Erik Prince shortly before Trump's inauguration; Paul Manafort’s offer of campaign access to Russian oligarch Oleg Deripaska and so on, and it begins to seem obvious that a criminal conspiracy occurred.

There’s another rather harsh side effect of this disparity between "Carter Page the Nobody" and Page as representing the entire Trump campaign. Trump, through his ill-conceived and childish Twitter tantrums, is damaging his own case by elevating Page to being tantamount to the campaign. Knowing Trump’s own legal jeopardy, why on earth would the president want to link and amplify the surveillance of one supposedly minor aide into surveillance of the entire campaign? By protesting, Trump is inadvertently admitting that Page was more deeply representative of the campaign; by extension, Page’s activities become the campaign’s activities and his alleged crimes become the campaign’s crimes. I don’t think Trump is intentionally drawing that equation, but if he doesn’t want to further incriminate his entire campaign, he should probably stop. All told, Trump should be worried more by his own level of confusion than the cognitive dissonance of his disciples.

But as I’ve observed on numerous occasions, Trump always makes things worse for himself. Even by those standards, this one is a doozy.

Could Trump actually be impeached?

Alan Dershowitz is defending the president but still lays out a plausible impeachment scenario.