Why tennis champion Serena Williams is the greatest athlete of all time, according to Michelle Wolf

You may have no problem recognizing LeBron James, but guess what? A woman just accomplished things he cannot fathom 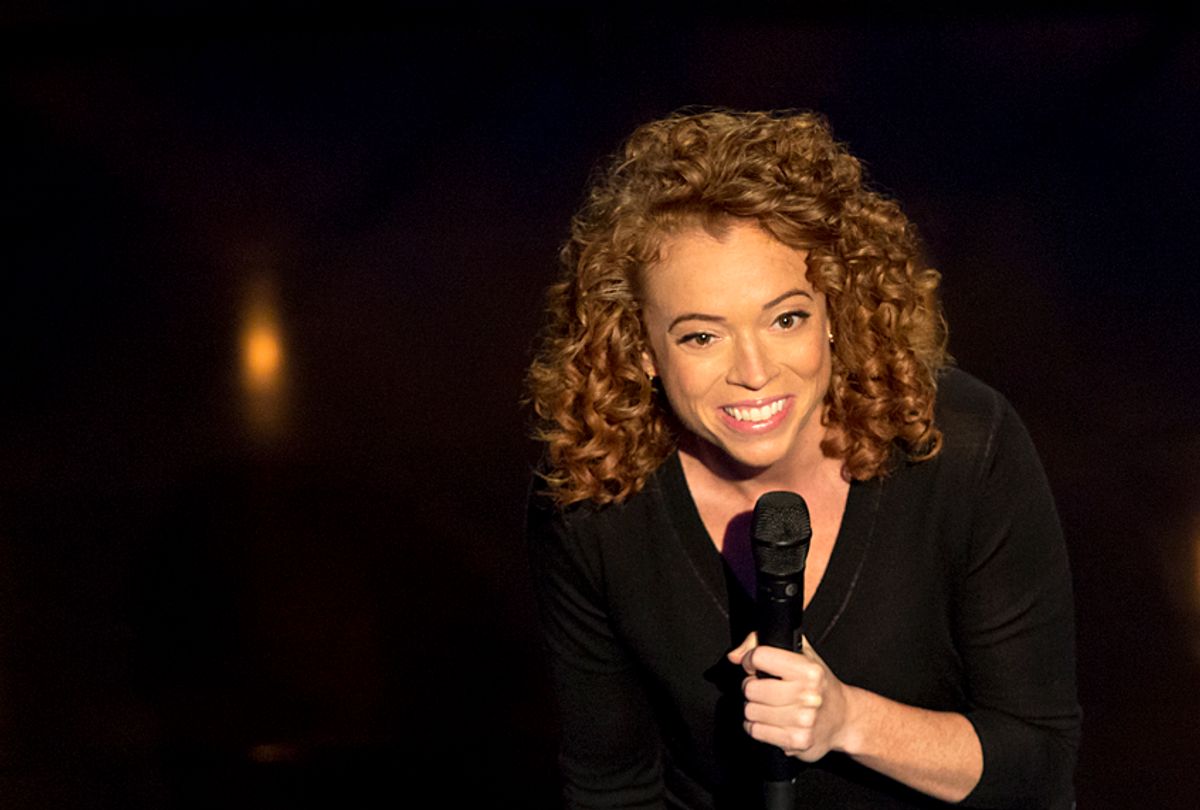 It was a busy week for America, and thus comedian Michelle Wolf had a lot to get through on her Netflix show "The Break." Early on, she made sure to congratulate 23-time Grand Slam tennis champion Serena Williams on her unique and unparalleled accomplishments at this year's Wimbledon championships – and beyond.

"First up, I want to talk about last week's Wimbledon final, where Serena Williams lost to Angelique Kerber," Wolf said in her monologue. "And, Serena losing to Angelique Kerber is the most impressive thing an athlete has ever done. Serena had a baby ten months ago – that's just one more month than it took to grow the baby."

"Ten months," Wolf repeated, clearly in awe of Williams' speedy comeback. "And, she still managed to come in second in the most-elite tournament in her sport."

Williams, Wolf explained, is like the LeBron James of tennis – a basketball player who is often considered one of the greatest athletes of all time. However, such a comparison would be more accurate if "LeBron James carried a baby for nine months, had an emergency C-section, suffered blood clots, a pulmonary embolism, a hematoma, a burst C-section wound, postpartum depression and then clawed his way to the NBA finals all by himself," Wolf said, referring to Williams' serious and life-threatening health complications during and after giving birth to her daughter Olympia.

The message was clear: A mighty congratulations is in order for Williams. And, the expectations and recognition for female athletes in comparison to their male counterparts stand worlds apart.

Wolf offered another example: "In 2013, Derrick Rose tore his meniscus. And, to this day, people have sympathy for the injury. In 2017, Serena Williams tore open the lower half of her body. And, people are like, 'She's really lost a step.' Yeah, maybe because she was busy growing two new feet."

The segment also recalled jokes that Wolf made a few weeks back about the magic and power of a woman's ability to bring new life into the world. While her quips were part of what she called a "Salute to Abortion," in light of the vulnerability of Roe v. Wade in the wake of Supreme Court Justice Anthony Kennedy's retirement, Wolf's point was this: If women embraced their capacity to control life, "that makes it a lot harder for men to control women."

However, this week's jokes on "The Break" were a little more bleak.

"Being a woman sucks, and being a woman in sports sucks even more," Wolf said. "Especially tennis! They make them wear skirts. Skirts – like it's f**king Catholic school. And, then, they gotta keep extra balls in those skirts. You know how hard it is to keep balls from falling out of skirts? Very hard! Ask drag queens."

But Williams is not just battling archaic gender norms and archetypes in tennis. She is also a black woman in an overwhelmingly white sport. As Wolf said, "Tennis is the sport where Novak Djokovic counts as a person of color. Serena has knocked down more barriers than Billy Joel driving home on Cinco de Mayo."

Wolf then suggested that Williams should be rewarded simply "for not peeing every time she serves."

She also made sure to shout out to Williams' opponent in the final round of Wimbledon: "Big congrats to Angelique Kerber on winning Wimbledon with your mint condition p*ssy!"

A film that explores the intersection between sports, love and politics.