Do campus rape investigations damage colleges? Actually, the opposite may be true

Too many colleges have gone along with Betsy DeVos' Title IX crackdown out of fear. Research says they shouldn't 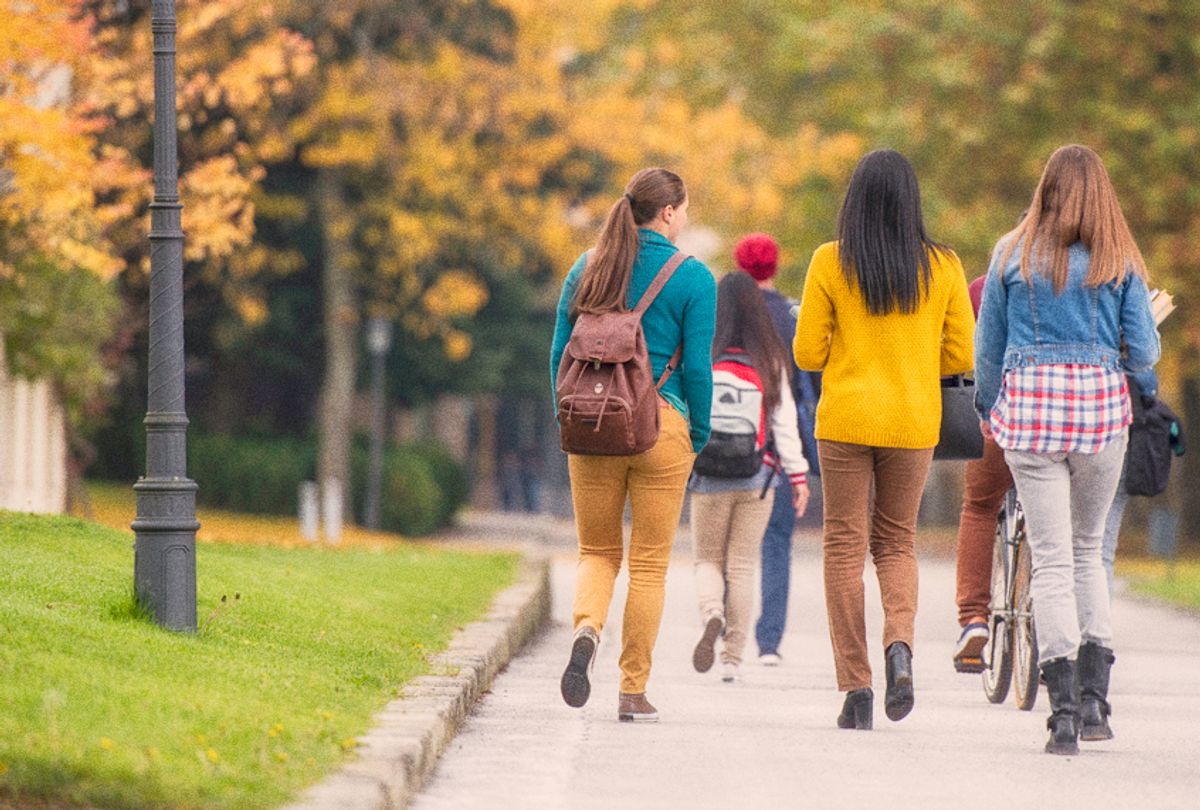 Once Betsy DeVos, Amway billionaire and sister to mercenary CEO Erik Prince, became secretary of education under Donald Trump, she swiftly moved to eliminate Barack Obama's priorities at the Department of Education, which had included fighting sexual harassment and assault on college campuses. Last fall, DeVos withdrew a 2011 letter and a 2014 guidance issued by the DOE under Obama that explained how the federal law known as Title IX required universities to take sexual harassment and assault complaints seriously in order to protect the right of students to education in a safe environment.

DeVos' efforts to undermine the rights of victims of harassment and assault have not met with all that vigorous a pushback, in no small part because universities themselves have a lot of institutional resistance to fulfilling their Title IX obligations to address sexual violence on campus. Victims' rights advocates on campus often find themselves at odds with school administrators, who clearly worry that their schools' reputations may be harmed when victims speak publicly about their experiences.

Survivors and their supporters have repeatedly alleged retaliation from universities for reporting rape. In one incident, the president of Columbia University seemed to avoid shaking the hand of a graduating student who had made national news with her art project protesting the school's unwillingness to expel the young man she accused of raping her.

“There’s a real perception that when these investigations go public, that may send a signal to prospective students about problems associated with sexual assault and how universities handle claims," Isaac Swensen, an economics professor at Montana State University, told Salon. “That motivates some concern from administrators and perhaps even motivates a lack of transparency."

Swensen, along with researchers from American University and Texas A&M, decided to test that concern by looking at what happens to applications, enrollments and alumni giving after a school is subject to a Title IX investigation by the federal government. Such an investigation would usually involve one or more students filing complaints about a school's handling of sexual abuse issues.

Title IX investigations tend to get a lot of coverage, especially from local media in the communities around a college campus, leading to fears that the schools involved will take a hit to their reputations. What Swensen and his colleagues found was not only that such investigations don't seem to hurt the bottom line for universities, the schools typically see an increase in applications and enrollments after a Title IX investigation is opened.

The research, published as a working paper by the National Bureau of Economics, also finds that Title IX investigations don't really affect the levels of alumni giving, either. But the rise in the number of applications and enrollments, the researchers felt, was statistically significant enough to suggest that Title IX investigations may actually be encouraging more students to apply and enroll in a school.

Yes, it certainly seems counterintuitive, but a school's reputation may somehow get a boost when there's a Title IX investigation. Interestingly, the post-investigation surge was seen among both female and male students.

The researchers report that they're not sure how to account for this effect. Some possibilities raised in the paper are that the coverage somehow enhances a given college's reputation as a "party school" or, conversely, that the fact an investigation has been opened reassures prospective students that such issues will be taken seriously going forward. But the likeliest explanation, Swensen said, is simple salience.

The salience bias has been long known to behavioral researchers. It's simply a fancy way of stating the obvious: People pay more attention to things that receive lots of attention, and often this effect can shape the way people make choices about things -- like which colleges to apply to.

"These investigations lead to news headlines that are noticeable," Swensen said, "and may cause these schools to stand out."

Because of this, the researchers cheekily named their paper, "Any Press Is Good Press?" Taken as a whole, it's not irrational for students to react this way. There's no evidence to suggest that a Title IX investigation, in itself, indicates that a school is uniquely dangerous. Sexual assault, sadly, is too widespread for that.

Nor does it mean, as many conservatives in the media have suggested, that young men are afraid that they'll be unfairly railroaded by false accusations. These reports apparently didn't deter young men from applying to schools that are under pressure to start taking rape more seriously.

Regardless of why this is happening, Swensen believes the main takeaway is that university administrators should not be overly concerned about the hypothetical damage to their schools' reputations that comes from dealing openly with campus sexual abuse.

“This should be reassuring to college administrators," he explained, since simply responding to pressure "to improve processes for reviewing accusations of sexual assault . . . doesn’t seem to come at the expense of broader university goals."

This should also suggest that colleges and universities should speak out against Betsy DeVos' campaign to undermine Title IX protections, instead of sitting quietly on the sidelines. Instead of feeling nervous about the possible consequences of dealing frankly with the issue of sexual assault, schools can now feel confident that such public accounting helps not just female students, but the school itself.

A feminist's guide for men

"Vagina Monologues" creator Eve Ensler on how men can address rape and other forms of toxic masculinity.