Michael Avenatti tells Salon Michael Cohen should "do the right thing": "Release all of these tapes" 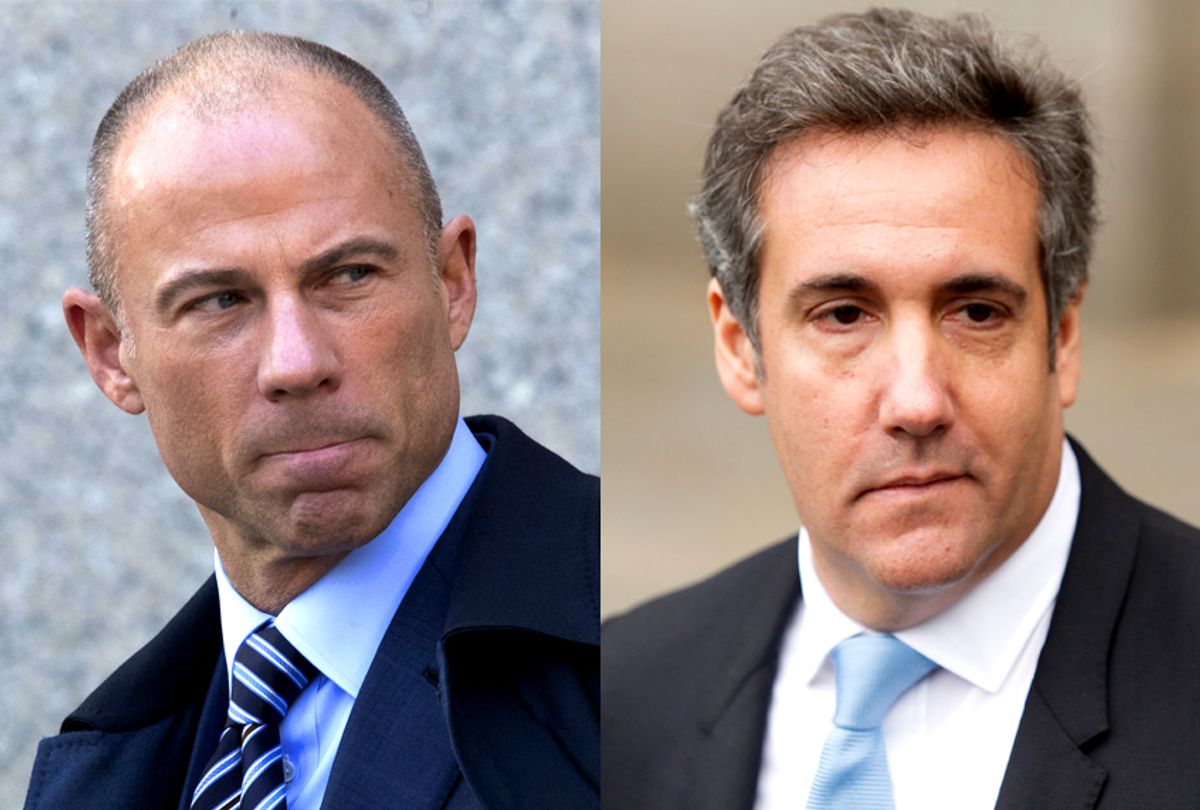 Michael Avenatti appears to be talking less like a lawyer as of late and more like a politician with his target set on an opponent.

Discussing the Michael Cohen tapes — that is, the audio recordings between Donald Trump's former lawyer and the future president himself —Avenatti told Salon he challenges a claim made by Cohen's lawyer, Lanny Davis, shortly after the release of a secret recording of then-presidential candidate Trump discussing a hush payment to a former Playboy model who alleges an extramarital affair with Trump.

In a tweet Wednesday morning, Avenatti urged Cohen to publicly declare that he would not accept any pardon offered by the president.

"Lanny Davis stated on 'Good Morning America' this morning that Michael Cohen does not want a pardon and I want to test that."

This was followed by a question about the strategic logic behind his calling for Cohen to release all of the tapes he may have in his possession, which he suggested Cohen do in another recent tweet.

This is an understandable position for someone who wants to learn about any potentially illegal activities committed by President Trump, but it is unclear if this is the type of impartial legal advice Avenatti would give to one of his clients as a lawyer, or the demands of an increasingly political player.

Asked what he would do if Michael Cohen was his client, or whether he would release any tapes involving Trump if they involved his current client Stormy Daniels, Avenatti avoided a direct answer.

"I'm not going to speculate what I would do," Avenatti told Salon. "I've made my position very, very clear that Lanny Davis and Michael Cohen need to stop screwing around and release any and all tapes right now. Period."

When Salon followed up on whether he would do the same thing for Stormy Daniels, Avenatti interrupted the question.

"No, I'm not going to speculate," he insisted. "It doesn't matter. That's not the issue. That's not what's going on here... I can't speculate as to what I would or would not do other than, if I was Lanny Davis and Michael Cohen I would do the right thing and release all of these tapes now."

"Well, I think all of this is only going to benefit us ultimately because it shows a concentrated effort at covering up these payments to various individuals, including my client," Avenatti told Salon.

Early on Wednesday morning, the president posted a tweet publicly condemning Cohen's actions and distancing himself from his former fixer.

When First Lady Melania Trump was confronted with a question about the Trump-Cohen tape (as well as an alleged incident on Air Force One in which the president was upset to see her watching CNN), East Wing communications director Stephanie Grisham responded "Did you know that every 15 minutes a baby is born with NAS? Maybe you'd like to talk about the 160,000 kids who skip school every day for fear of being bullied, or that 280,000 students are physically attacked in schools every month. Seems kind of silly to worry about what channel she watches on TV (any channel she wants btw) or if she heard some recording on the news."