Martian lake discovery doesn't mean you should get excited about life on Mars, scientists caution 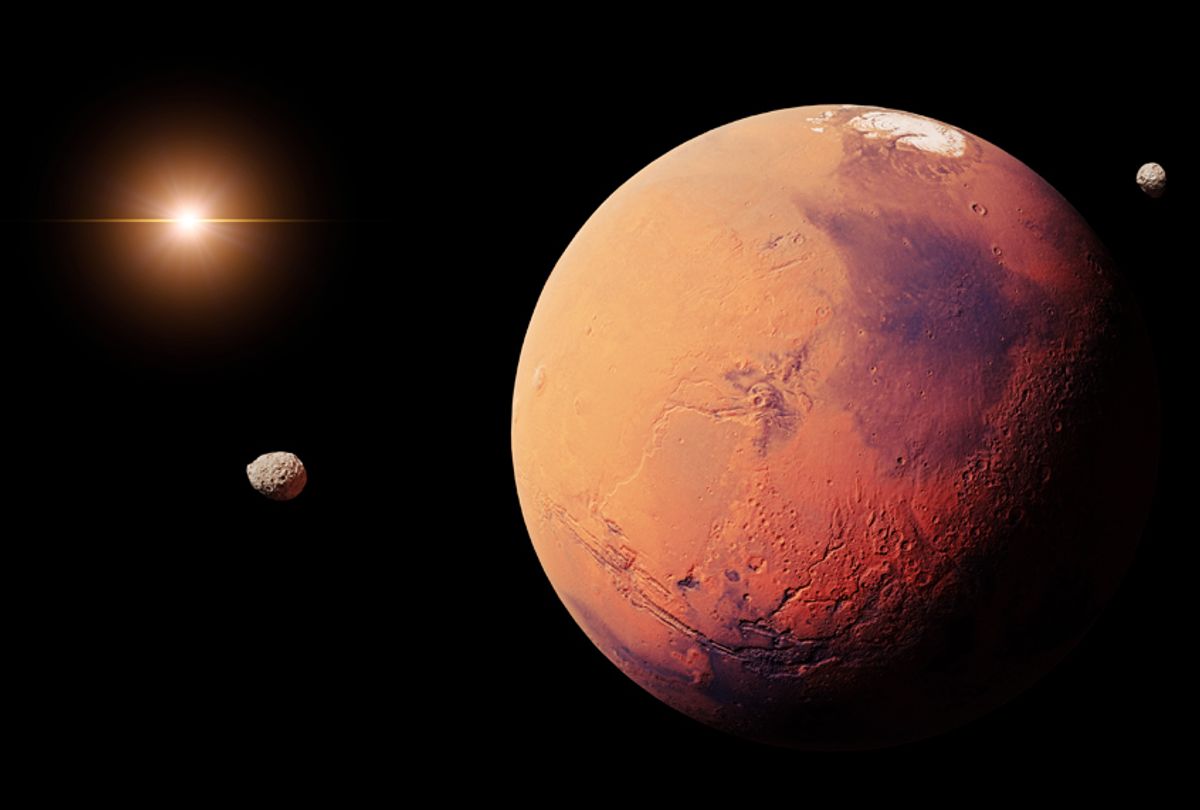 Life on Earth comes in many different forms, but all life requires liquid water to function. Hence, the likely discovery of a subterranean water lake on Mars — courtesy of the European Space Agency's Mars Express orbiter — sent figurative waves through the astrobiology community, given its implications for the possibility that life may have existed, or even still exist, on the red planet.

“Believe it or not, I really think this is exciting,” Seth Shostak, a senior astronomer at the Search for Extraterrestrial Intelligence (SETI), told Salon. “I say that guardedly because every three to six months NASA says there is an important announcement about Mars.”

Specifically, Italian scientists working on the European Space Agency’s Mars Express mission found that a 12-mile wide lake is likely to exist below Mars' polar caps. The speculated body of water is distinctly alien and unlike Earth lakes that reside on our planet's surface. Scientists published the findings on Wednesday in the journal Science.

While it is well-known that Mars' ice caps largely consist of water ice, and Mars almost certainly hosted liquid water on its surface millions of years ago, contemporary solid evidence of liquid water has been hard to come by. In 2004, the Opportunity rover discovered tiny spherical deposits that had likely been formed in the presence of water. In 2009, the Phoenix lander measured condensation on Mars.

In 2015, scientists announced that they had "definitive evidence that there is liquid water acting on the surface of Mars today," as astronomer Derrick Pitts told Salon then. Still, this evidence was indirect: "They didn’t see water flowing, but they saw, instead, the precipitate of salt that would come out of water when that water evaporates," Pitts elaborated. In 2017, that discovery was called into question by geologists, who speculated that what appeared to be wet streaks could be merely flows of sand.

In the case of this week's discovery, the evidence, again, derives from indirect observation. MARSIS— the Mars Advanced Radar for Subsurface and Ionosphere Sounding instrument on the European Space Agency's Mars Express spacecraft — surveyed the Planum Australe region on Mars between May 2012 and December 2015, and measured radio waves that were reflected back after being transmitted by closely spaced radio pulses. The technique is called radio echo sounding (RES), and has been used to detect liquid at the bottom of Earth’s polar ice sheets.

Bright reflections were evident in a “well-defined, 20-kilometer-wide zone centered at 193°E, 81°S, which is surrounded by much less reflective areas,” the authors explained in the article. While scientists explored other explanations, such as the discoveries that derived from the Phoenix lander’s Wet Chemistry Lab, they ultimately concluded it was almost certainly water.

”We interpret this feature as a stable body of liquid water on Mars,” the authors wrote in the study.

It is important to keep in mind that scientists do not have physical evidence to corroborate these findings. Still, the process in which they were discovered makes many hopeful. "It is not a slam drunk, it is a plausible interpretation," Emily Lakdawalla, Senior Editor and Planetary Evangelist for the Planetary Society, explained to Salon. Lakdawalla told Salon that this announcement is different from previous ones in that it is fresh evidence from a new instrument.

What does this latest finding mean for the possibility that real-life Martians exist? In order to answer that question, one must ask a series of bigger ones: Does the presence of water guarantee life exists? Or is that only true here on Earth? And is life as we know it common or rare?

Philip Ball, author of the book, "Life's Matrix: A Biography of Water," has famously argued water is necessary for life.

“I'm not sure we know of any solvent that can play a comparable role in terms of enabling the kind of highly delicate chemistry that makes life possible,” he said in an interview with NASA. Elaborating, Ball added, “In other words, I'd put it like this: One, life most probably needs a solvent. Two, that solvent needs to perform an active, diverse, and flexible role. Three, water is so far the only common liquid we know that is capable of this.”

Today, there is no definitive answer as to whether or not water is necessary for any type of life beyond Earth, but Lakdawalla said what happens next with this discovery could get us closer to figuring that out.

“If we have two planets where life was the same, it is pretty likely that life originated in every solar system on every planet with a rocky ocean,” she said.

Lakdawalla did not rule out the possibility of life in this newly-discovered lake, but emphasized that the discovery of said lake did not imply that there would be life on Mars.

“If life ever started on Mars and if it survives in the present day, this would be a good place to look for it,” Lakdawalla said. "The surface is a terrible place for life right now," she added, noting that "[Mars] doesn’t have a magnetic field," meaning it has no protection against the bombardment of cosmic rays and solar wind that can mutate and kill surface organisms.

“The bottom line, it is pretty reliable that they found this underground lake and that there is water on Mars today,” he said. “If there is life today this is probably the place to go look for it.”