"He's been screaming all weekend," Joe Scarborough said and does not wish to read the dishonest statements on air. 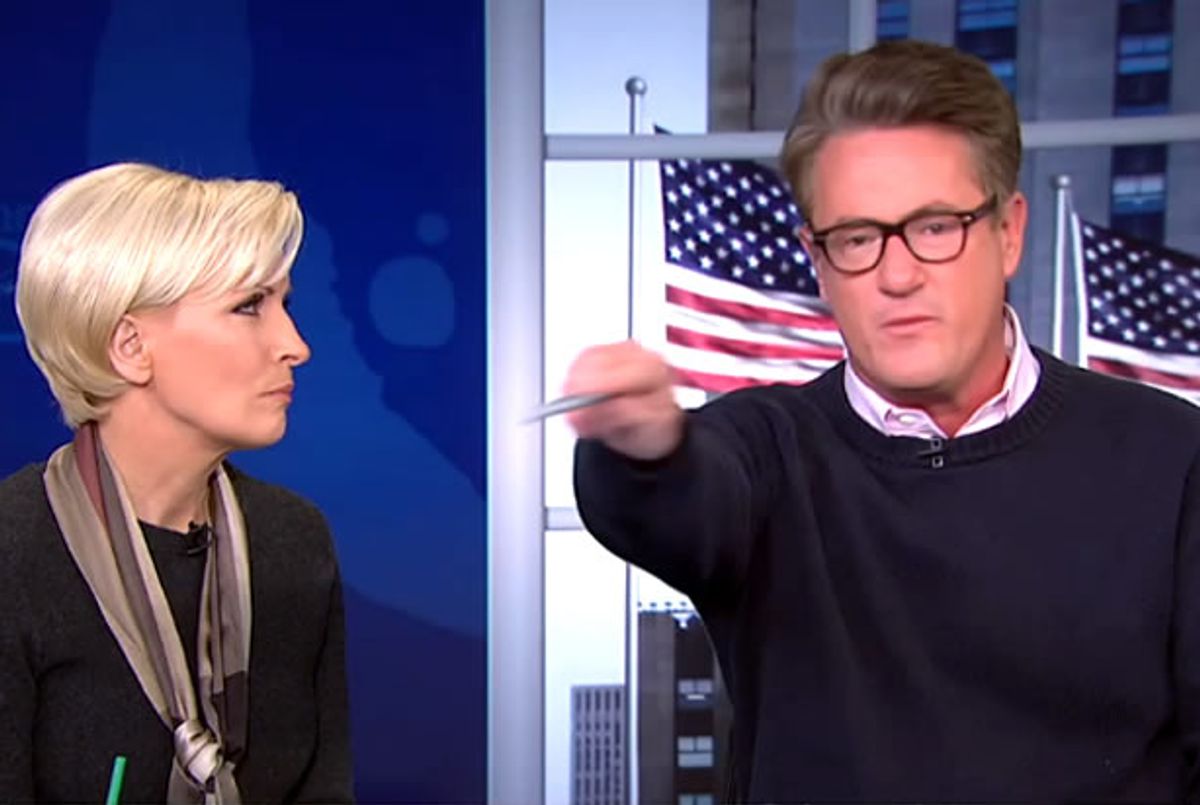 MSNBC’s Joe Scarborough is getting sick and tired of reading President Donald Trump’s “stupid tweets” on the air.

The “Morning Joe” host understands those social media statements from the president are newsworthy, but he said Trump is repeating the same dishonest statements over and over.

“It’s my job to read his stupid tweets, even when they’re lies, and I’ve gotten to the point — why bother, I’ll just read what the news says about the stupid tweets because I’m not going to waste my time,” Scarborough said.

“That’s not out of anger,” he added. “That’s just out of — I’ve seen it a thousands times before. I’m just saying, if I’m feeling that way, even Trump supporters have got to start feeling that way. Yeah, he’s going to lie. He’s going to go in all caps. It’s all nonsense, he is just speaking to himself.”

The president issued an all-caps nuclear threat late Sunday against Iran, and followed that up hours later with more false claims about the Russia investigation.

He said the president was clearly panicking at the latest developments in the criminal probe of his associates.

“As we’ve seen in the past, he always dials up his rhetoric on foreign policy when things start falling apart here at home,” Scarborough said. “In this case, it is, of course, the news that his longtime lawyer, Michael Cohen, recorded a conversation where he and Donald Trump were scheming and discussing payments involving a former Playboy model, and that is all playing out in public.”

“Also out in the open, the Justice Department’s FISA warrant for the former Trump adviser Carter Page has been redacted,” he continued, “but this line was clear as day, quote, ‘The FBI believes that Page has been collaborating and conspiring with the Russian government. Also, four Republican judges obviously thought there was something there.”