With a family net worth of approximately $5.3 billion, DeVos is among the wealthiest members of Trump's Cabinet 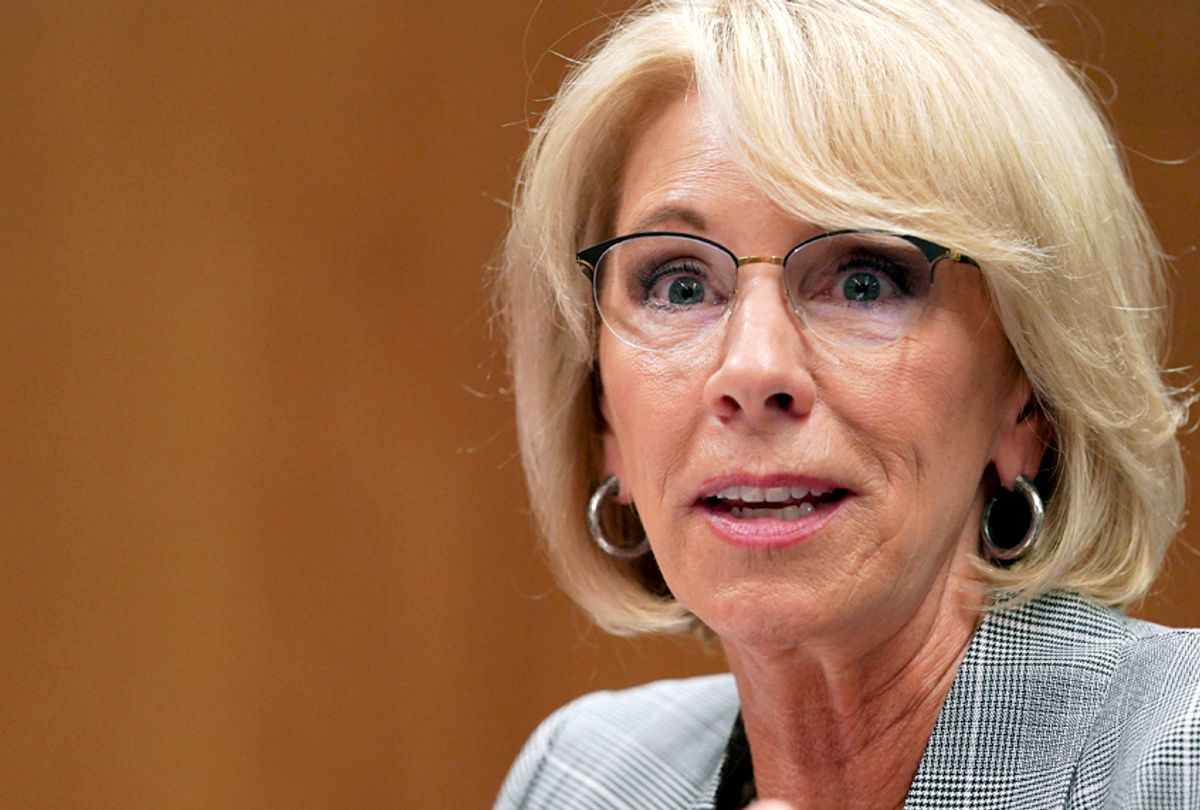 A $40-million yacht owned by Secretary of Education Betsy DeVos was untied from its dock and vandalized over the weekend, according to authorities.

The 163-foot boat was set adrift from the Huron Boat Basin in Ohio, early Sunday morning. Captain Quintynn Botha and his crew were eventually able to restrain the yacht, NBC News reported, but not before it rammed into the dock. "Several large scratches and scrapes" resulted in as much as $10,000 in damages.

"Botha also told police that neither he nor his crew had observed anything suspicious the night before," NBC News added. "Huron police are waiting for surveillance footage to see if anyone can be spotted at the time the boat was untied."

It is unclear if DeVos had been in the Buckeye State when the incident ocurred, although she was in Ohio earlier this month touring a career center.

The secretary of education has ten luxury vessels, including the Seaquest. With a family net worth of approximately $5.3 billion, DeVos is among the wealthiest members of President Donald Trump's Cabinet.

She is also one of the most criticized. DeVos has received intense pushback due to her advocacy for school choice and charter schools – and her presence has been met with large protests at numerous speaking engagements.

Much of DeVos' work in the Trump administration has involved rescinding regulations enacted by former President Barack Obama's administration. On Wednesday, DeVos proposed to abridge loan forgiveness rules for students who have been defrauded by for-profit colleges. Under the proposal, the burden would fall on individual student borrowers to show they have fallen into financial distress or prove that colleges intentionally deceived them.

"The DeVos proposal, set to go in force a year from now, would replace Obama-era policies that sought to ease access to loan forgiveness for students who were left saddled with debt after two for-profit college chains, Corinthian Colleges and ITT Technical Institute, imploded in 2015 and 2016," The New York Times reported. "In June 2017, just one month before the Obama rules were to take effect, Ms. DeVos announced that she would block and rewrite them." (DeVos staffed her department with former executives of for-profit colleges and universities. Two such employees worked for a company that reached a $10.25 million settlement with the New York attorney general over inflated job placement rates.)

These newly-proposed rules come after DeVos also withdrew guidance resources issued by the Department of Education under Obama last fall "that explained how the federal law known as Title IX required universities to take sexual harassment and assault complaints seriously in order to protect the right of students to education in a safe environment," my colleague Amanda Marcotte reported.

Some Democrats felt optimistic about Trump's "disruptive" rhetoric, Rhode Island senator says. Not so much now.