Mueller wants to question the president about his tweets; Stephen Colbert has some questions too

"What’s with all the dot dots? How do you decide what to capitalize? Do you tweet after or instead of flushing?" 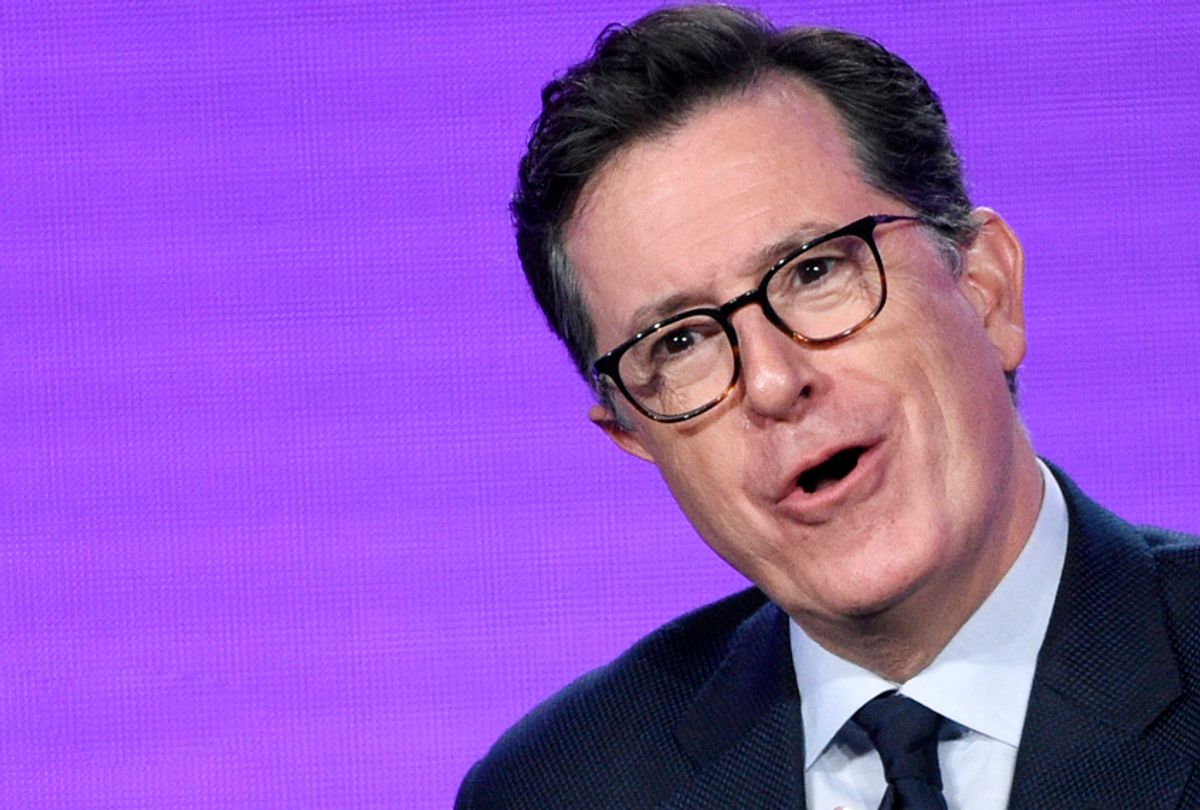 In usual fashion, Stephen Colbert's opening monologue on "The Late Show," was filled with jabs to President Donald Trump, poking fun at some of his latest bizarre statements, like the media never photographed President Barack Obama, and of course, the comedian mimicking Trump's famous hand gestures, tone and facial expressions. See below:

But the real heat came when Colbert addressed new developments in the Robert Mueller investigation. (Colbert's show was filmed before CNN aired the Michael Cohen/Trump clip.)

"The Russia investigation grinds on," the late night host said. "And we just learned that Robert Mueller has been examining Trump’s tweets. Some of us do that every day, sir. Just a warning: Before you open up his feed, I recommend putting on goggles and freebasing some Dramamine."

"Mueller’s building a case for obstruction of justice, and Trump’s tweets could be a big part of that," Colbert continued. "Especially his attacks on attorney general Jeff Sessions and James Comey."

But there's one new development that's has Colbert a bit envious. "If Mueller ever gets his interview with Trump, he wants to question the president about the tweets," the late night host explained, citing a New York Times report. "So do I," Colbert added. "I have so many questions. Like: What’s with all the dot dots? How do you decide what to capitalize? And do you tweet after or instead of flushing?"

Colbert also acknowledged some other news in the Trump terrain. While it was billed as a positive spin, really, it was just a set up for a punch line.

"Here’s something different: Trump made an agreement with a non-dictator, President of the European Commission, Jean-Claude Juncker," Colbert said. "Trump and Juncker met at the White House yesterday and Juncked an agreement out of their butts to de-escalate our trade war with the EU."

"Europe kind of agreed to buy some more soybeans or something and maybe some liquefied natural gas — it’s kinda vague — and in return, Trump agreed not to impose hefty tariffs on European cars," Colbert continued. "And he was thinking about it, seriously, because associates say, 'Trump is enraged by all the BMWs and Mercedes-Benzes he sees in the U.S.' Yes, those Mercedes-Benzes, they’re everywhere. I hear one even managed to sneak under the president’s butt."

"The Late Show" then displayed a photo of none other than Trump and first lady Melania Trump riding in the back of a convertible Mercedes-Benz.

Other notable moments from Thursday's night episode of "The Late Show was an appearance by CNN'S Jake Tapper who had some sobering things to say about the Russia investigation. "The idea that there a members of Congress or whoever trying to stop an investigation from going forward on what happened to make sure it doesn't happen again," he told Colbert, "it's unpatriotic."

Jeff Ringel, director of the Soufan Group and a former FBI supervisor, joined “Salon Talks” to discuss what the implications are for Flynn, the former National Security Advisor to the Trump administration pleaded guilty on December 1st for lying to the FBI about policy conversations with the Russian Ambassador before Trump was sworn in as President.