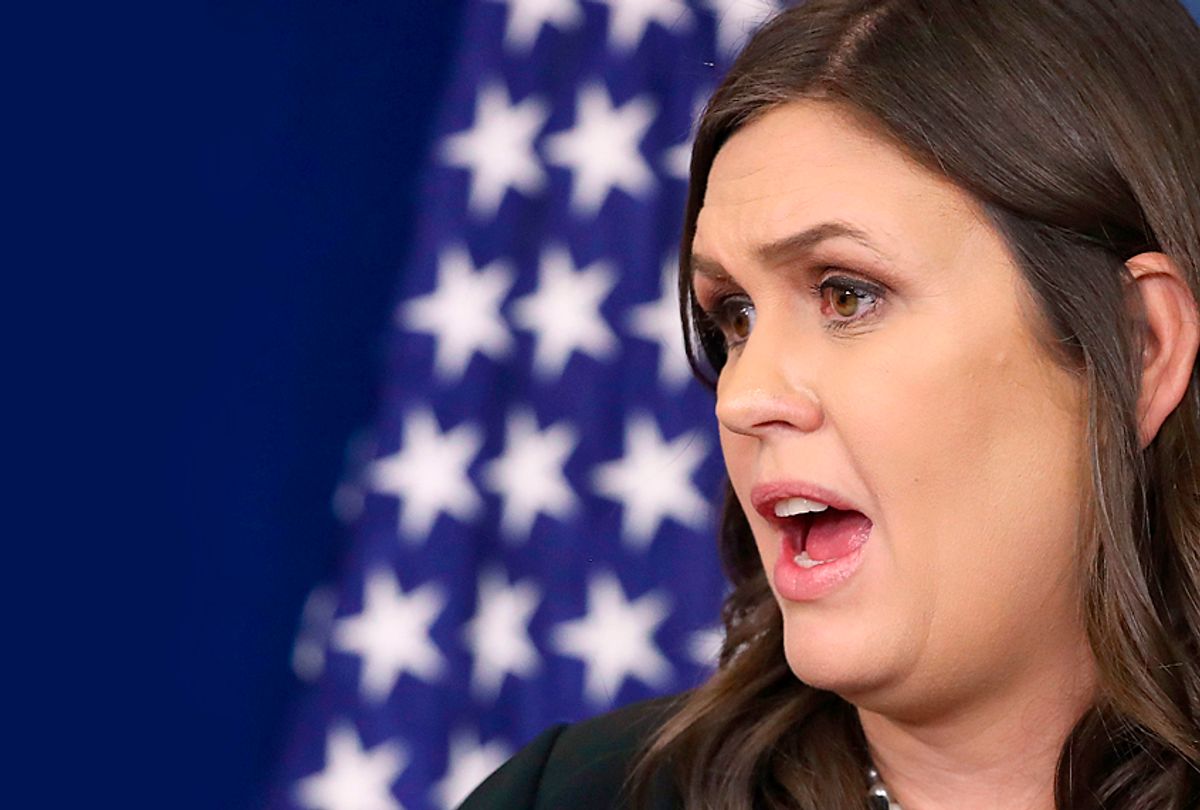 This latest line of defense, as stories about the president tend to get started these days, with a tweet from him.

"This is a terrible situation and Attorney General Jeff Sessions should stop this Rigged Witch Hunt right now, before it continues to stain our country any further," Trump tweeted on Wednesday. "Bob Mueller is totally conflicted, and his 17 Angry Democrats that are doing his dirty work are a disgrace to USA!"

While it has yet to be determined whether tweets like this and other ones by the president calling for an end to the Mueller probe constitute obstruction of justice, White House press secretary Sarah Huckabee Sanders trotted out her inner Trump on Wednesday to insist that it is not.

"It’s not an order, it’s a president’s opinion," Sanders told reporters. "It’s ridiculous that all the corruption and dishonesty that’s gone on with the launching of the witch hunt. The president has watched this process play out. But he also wants to see it come to an end, as he's stated many times and we look forward to that happening."

If the man who served as press secretary for President George W. Bush is to be believed, the only difference between a Democratic president and a Republican president resisting legal investigations is that the latter alone will be accused of "obstruction" by the mainstream media.

Fleischer sent out his tweet in response to Nick Riccardi, an AP writer who asked in one tweet, "What exactly is the legal difference between "fighting back" and obstruction of justice?"

He added in a second tweet, "This is not intended as snark I'd really like to know."

On the one hand, Fleischer has a valid point when he notes that President Bill Clinton was never held fully accountable for his bad behavior. Regardless of what you think of the Ken Starr investigation itself, Clinton had a number of accusations of non-consensual sexual activity made against him, including by women like Juanita Broaddrick, Paula Jones and Kathleen Willey. While these did not directly pertain to the Ken Starr investigation — which started out as an investigation into the suicide of deputy White House counsel Vince Foster and the Clintons' controversial real estate dealings known as Whitewater, only to expand to Clinton's perjury regarding his sexual relationship with White House intern Monica Lewinsky — it is fair to say that they are part of the same narrative in the eyes of the general public.

While a fair case could be made that Starr's appointment meandered beyond the parameters of what could reasonably have been considered its initial purview, it is certainly reasonable to point out that Clinton was never held to task for the sexual misconduct accusations against him.

On the other hand, special counsel Robert Mueller's probe into the Trump-Russia scandal has not to the best of our knowledge strayed beyond what would be necessary to determine whether illegal activity occurred due to Trump's unusual relationship with the Russian government. More importantly, Trump is taking things to a frightening extreme by actively calling for his investigators to be fired.

On the Michael Flynn case.