Stephen Colbert mocks Trump's "No collusion!" cries: "It's like his 'Aloha'"

Donald Trump has repeated "no collusion" over and over again. But now he's changing his tune 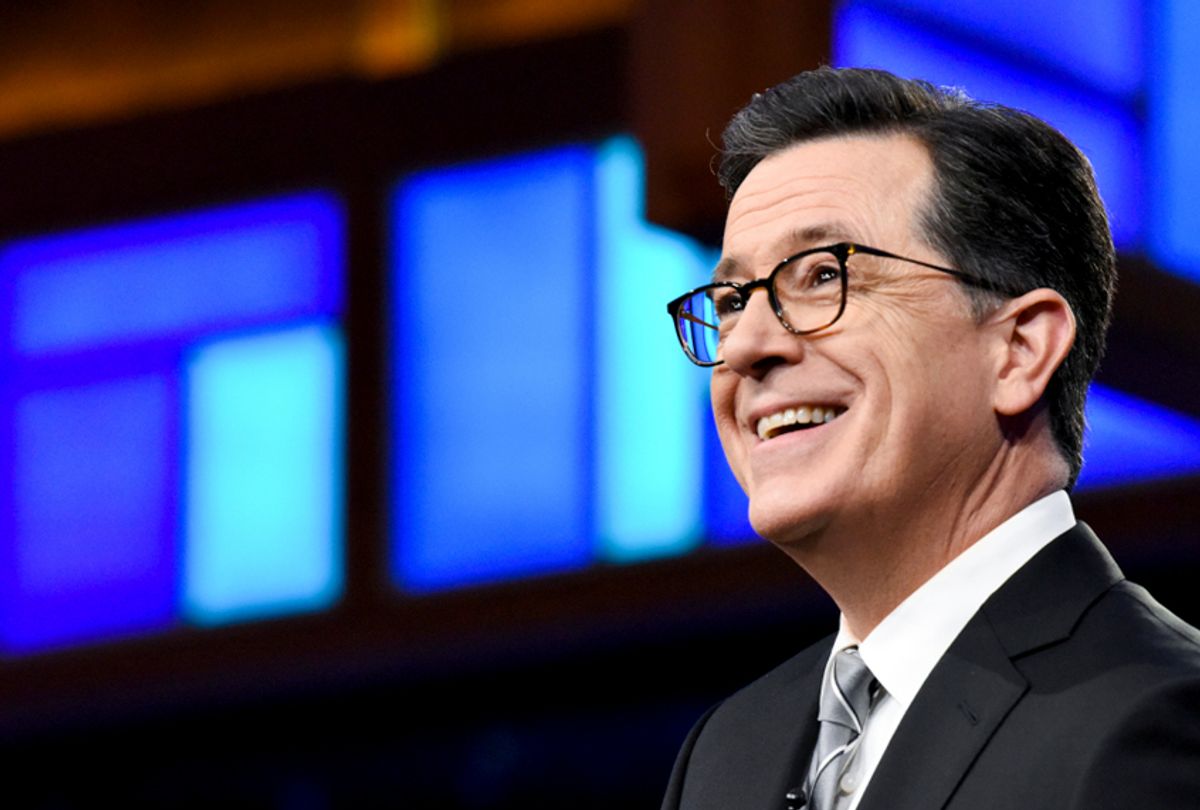 Stephen Colbert had paused the jokes Monday night to address the sexual harassment claims against his CBS boss, Les Moonves, but by Tuesday, the late-night host returned to his usual upbeat, jovial self. In fact, Colbert was especially cheery Tuesday night because, after all, the trial of Paul Manafort, who served as Donald Trump's campaign manager, is finally underway.

The comedian described to viewers that he felt like it was Christmas morning. "Because all year long, Robert Mueller and his team of legal elves have been busy in their workshop making all the indictments for all the bad little boys and girls," Colbert said in his opening monologue, before singing "'Cause it's the day of Paul Manafort's trial!" in a Christmas carol timbre. "You guys don't know that Christmas carol?"

After running off Manafort's accusations, like tax evasion and bank fraud, and summarizing the first day of the trial proceedings, Colbert turned to his real target, President Donald Trump. "One person who's apparently not worried about Mueller's investigation is Donald Trump," he said. "For over a year now, his catch phrase has been: 'No collusion!'"

"The Late Show" then played a montage of the many times the president has repeated this phrase on television, at rallies — really, anywhere. "He uses it for every occasion," Colbert continued. "It's like his 'Aloha.' It means both 'hello' and 'I'm guilty.' 'Aloha!'"

But perhaps, given the forward motion of Mueller's investigation of people who were connected to the Trump campaign, Trump has chosen to revise the slogan. Tuesday morning the president tweeted, "Collusion is not a crime, but that doesn’t matter because there was No Collusion (except by Crooked Hillary and the Democrats)!"

Colbert summarized the tweet. "Okay, so collusion isn’t a crime, but it doesn’t matter, because he didn’t do it anyway — Hillary did," he said. "It's really going to complicate the chants at his rallies: 'Lock her up! But collusion's not a crime! So what are we locking her up for?! I am confused! We're living in a web of lies!'" Colbert chanted, pumping his fist in the air.

"But Trump is right about one thing: there is no law against collusion," he added. "Technically, it’s called, 'conspiracy to commit an offense against the United States.' Oh, he’s offended the United States already. They oughta arrest him for groping the American flag." "The Late Show" then showed a clip of Trump creepily hugging a giant American flag.

"Trump's completely flipped the script on this collusion thing. What's next? Is he going to go from, 'This is a witch hunt!' to 'Okay, but I'm a good witch, like Glinda, the hot one from the Wizard of Oz, I would do her and her little dog, too'" Colbert said mimicking Trump's voice.