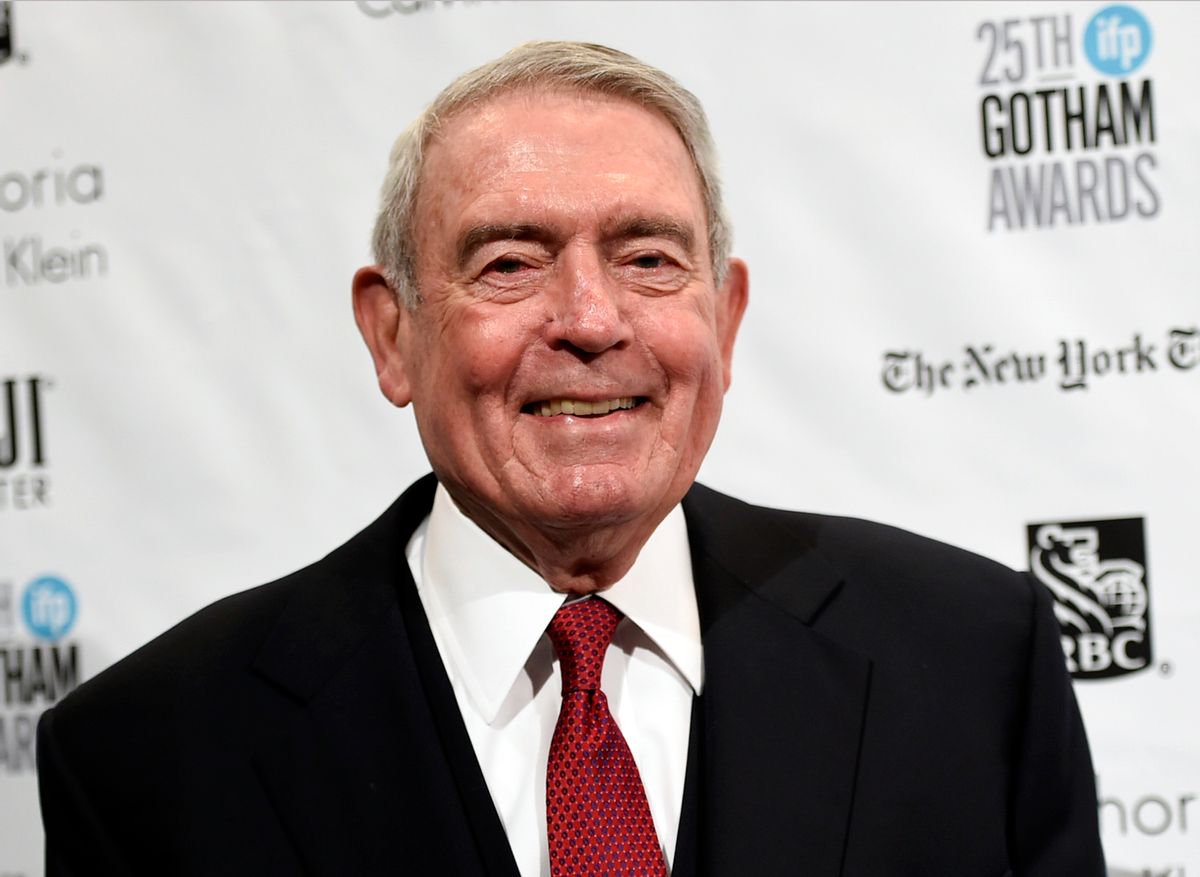 FILE - In this Nov. 30, 2015 file photo, Journalist Dan Rather attends The Independent Filmmaker Project's 25th Annual Gotham Independent Film Awards in New York. Rather, the former CBS anchor who has become a prominent voice against President Trump, is working on a book about patriotism. Rather’s “What Unites Us” will be published Nov. 7, 2017, by Algonquin Books. (Photo by Evan Agostini/Invision/AP, File) (Evan Agostini/invision/ap)
--

President Donald Trump has spent several rallies calling out the “fake news media” standing at the back of the rally sites filming the event. He’s even gone so far as to egg on a digital war against CNN with memes and gifs. Veteran newsman Dan Rather believes the president is culpable if someone acts out on that hate.

In an op-ed for News and Guts, Rather brought up the chanting of “CNN sucks” during yesterday’s rally in Tampa, Florida. While the chant isn’t unusual in the Trump era, the people crowding around reporter Jim Acosta and screaming at him was a sight not previously seen before.

Rather called the Trump attacks “undemocratic” to the point of “inviting, even inciting, violence.” He nailed the president for “whipping up the crowd into a frenzy” that he’ll ultimately explain away. Those on the right are already mocking Acosta for saying anything about it and calling him a snowflake.

Urban Radio’s April Ryan told CNN’s Don Lemon Wednesday that she is among the several reporters who’ve been forced to hire security for protection after the president called her out. Meanwhile, she noted, Sarah Huckabee Sanders got thrown out of a restaurant and she got Secret Service protection.

“Jim Acosta’s life, in my opinion, was in jeopardy … there was a safety issue,” she said.

“Reveling in the raucous chorus of democracy is one thing,” Rather wrote. “That is not what this is. This is about undermining accountability and deflecting from honest and fair questions. It is about preparing his base to deny truth and the justice that it may inevitably bring.”

He said that watching Acosta’s video made him “sick” and that he can feel the hair on the back of his neck rise. He called Acosta a “pro,” who, along with other White House press, “are doing hard work in difficult trench warfare.”

Rather noted that Acosta and CNN have become a symbol for “the enemy of the people” to Trump’s fans.

“He’s in the most danger, professionally and personally—and perhaps even physically,” he continued. All while “his critics will look for any slip-up, real or imagined, to pounce. He’s in a cage with big, dangerous cats. He has to be alert and careful to survive.”

He closed by calling for Trump to be held “personally accountable” if anything ever happens to the press in this environment.