How to save a choking senator 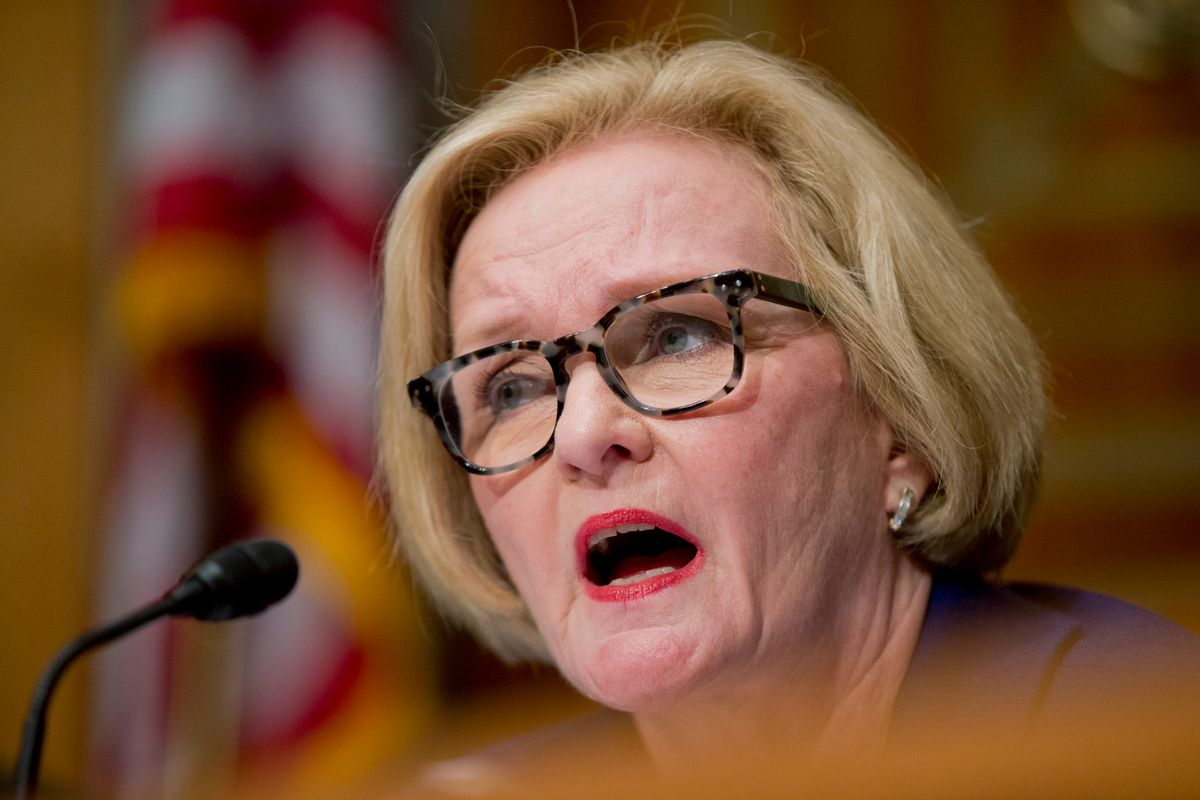 Sen. Claire McCaskill (D-Mo.) found herself in a dangerous situation last month when she started choking during a Democratic members’ luncheon. Sen. Joe Manchin (D-W.Va.) swooped in, grabbed her around the middle and squeezed her, performing the Heimlich maneuver to dislodge the food.

Manchin’s act likely saved McCaskill’s life. But in Washington, where no topic seems immune to controversy, Manchin’s use of the well-known technique has resurfaced a decades-old debate about whether to slap or squeeze.

Phil and Janet Heimlich aim to end that controversy. The son and daughter of Dr. Henry Heimlich, who developed the abdominal thrusts to stop choking more than four decades ago and died in 2016, are launching a campaign called “Hug, Don’t Hit” to raise awareness on how to use the maneuver.

The duo is trying to put pressure on the American Red Cross, which trains 9 million people a year in lifesaving techniques, according to its website. The Red Cross is one of several groups recommending that aid to choking victims should start with five slaps to the back followed by the Heimlich maneuver. The Heimlichs say those back blows could harm the choking victim by moving the lodged object farther down the windpipe and may waste valuable time.

According to a 2017 report from the National Safety Council, choking is the fourth-leading cause of unintentional injury deaths in the United States. Nearly 5,000 people died from choking in 2016, the council reported.

The Heimlich maneuver, which Heimlich first wrote about in 1974, is credited with saving many choking victims. The method involves wrapping one’s arms around the victim’s waist from behind, placing a fist above the navel, and pushing in and up. Soon after its unveiling, some experts criticized Heimlich’s methods of testing the technique, arguing that the maneuver could inflict other injuries. But over time, the Heimlich maneuver has come to be widely accepted.

Janet Heimlich said that if the Red Cross teaches people to slap a choker’s back first, “they must show the public what evidence they have … that back blows are not only effective but the most effective method to use.”

The Red Cross pointed to similar guidelines promoted by the Resuscitation Council, a medical group responsible for creating standards for cardiac resuscitation in the United Kingdom. The organization also referred to findings from the International Liaison Committee on Resuscitation, a coalition of groups that specialize in resuscitation protocols. The committee’s findings concluded that it is unclear which method should be performed first.

In a statement, the Red Cross said it “doesn’t discount the use of abdominal thrusts — but we have found no scientific evidence stating that this one technique is more effective than the others. American Red Cross findings, and our conscious choking guidelines, are consistent with those of other international resuscitation societies and organizations.”

It is this lack of scientific evidence proving one method more effective that fuels the debate, said Dr. Alfred Sacchetti, a spokesman for the American College of Emergency Physicians and chief of emergency services at Our Lady of Lourdes Medical Center in Camden, N.J. However, he said, conducting these studies would be difficult.

“You can’t put an ad in a paper that says, ‘OK, everybody is going help a person who’s choking this way for a week,’” Sacchetti said.

For those seeking training on how to save a choking victim, he recommended they take an accredited course or view demonstration videos on the American Heart Association’s website. Ultimately, he said, doing nothing could end in a person’s death.

Whether the Heimlichs’ campaign will succeed in ending the speculation surrounding the back blows versus their father’s maneuver remains to be seen. But what can’t be disputed is that the maneuver worked in McCaskill’s case — even if it left her with a cracked rib.

“I’m really grateful to Joe,” she said in a statement to The Washington Post. “A little bit of a sore rib for a couple of weeks is no big deal.”