An orca has been carrying her dead calf for 10 days. What does this mean?

Whales are intelligent, emotionally complex animals with individual personalities and ways of mourning 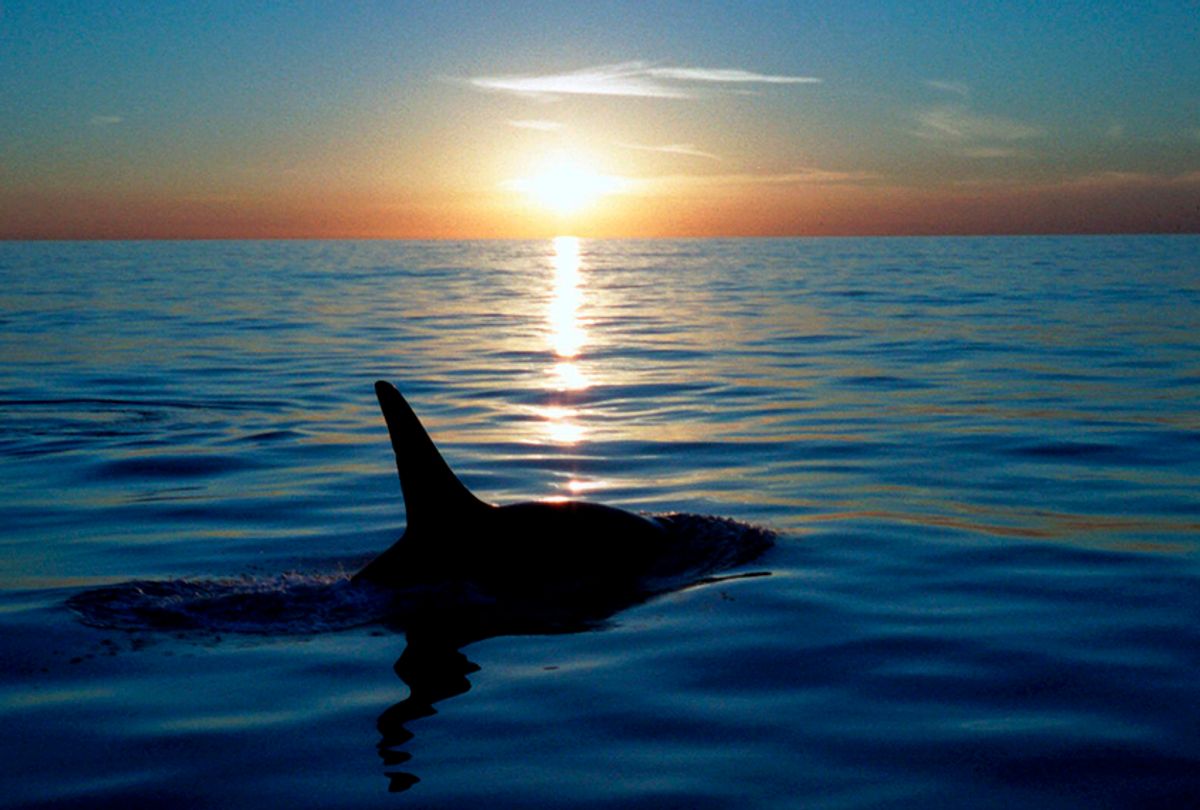 If you need a good cry today, you should know that there is an orca that humans have dubbed J35 — a killer whale from a species that is endangered to the point where it may soon go extinct — who has been mourning her dead calf by pushing its body through the ocean off the Pacific Northwest coast for the past ten days.

Tahlequah, as the orca has been nicknamed, did this following the unexpected death of her calf only 30 minutes after it was born, according to National Geographic. She is a 20-year-old southern resident killer whale, a species of orca that is so endangered that only three pods exist . . . and the combined population of those three pods equals only 75 members. As a result, if the species doesn't start reproducing again, experts believe they will have lost the ability to do so within five years.

It is unclear whether a southern resident killer whale like J35 is capable of realizing the existential implications of her calf's death for her species. Yes, whales are extremely intelligent and emotionally complex animals. Even if J35 isn't mourning the future of her species — or, for that matter, is even aware that it is in peril — there are plenty of reasons to believe that she is experiencing severe emotional trauma due to the death of her child.

"I do know it’s not the first time this has been observed in J Pod, the first time being about 15 years ago. The whales have a very strong drive to look after their offspring and this evidently extends to neonates that die at birth," John Ford, an orca researcher at the University of British Columbia, told National Geographic.

It isn't like this trait is limited to animals. Humans have similar rituals and grieving processes when infants die shortly after birth or during childbirth. Indeed, many mammals exhibit behaviors that hint that they feel grief on par with humans when their offspring die. So, too, are animals capable of finding emotional comfort in cradling their offspring's remains after the fact of their death.

Notably, there are risks to J35's behavior.

"If J35 keeps at this, we could lose her," Deborah Giles, research scientist for the University of Washington Center for Conservation Biology and research director for nonprofit Wild Orca, told The Seattle Times. The concern is that J35 needs to save her energy so that she can survive and attempt to reproduce again, as she is one of the few females in the pod still young enough to be able to do so. While other orcas have been helping her with the body of her deceased calf, that may not be enough to help her conserve her energy.

This concern is compounded by the fact that one of the major factors contributing to the endangerment of this species of orca is the simultaneous endangerment of their primary food source, chinook salmon. A lack of chinook salmon has caused mass starvation among the whale pods, which explains why so many of them have been dying off and could explain why J35's calf also passed away.

Nor is J35 the only orca whale that authorities are concerned about. This excerpt from a Seattle Times article sums it up:

The federal government is marshaling an emergency response for J50, the starving 4-year-old orca whale, which will include feeding live chinook — dosed with medicine — to the ailing animal who may only have days to live.

The young whale is so emaciated, the back of her cranium is visible. A worrisome white patch has also been spotted on the back of her head, near her blowhole. It could be an infection . . .

The crisis comes as another member of the southern-resident orcas is clinging to her dead calf for a 10th day, unwilling to let it go. The calf born July 24 lived for only half an hour. Now officials are racing to put together a plan to prevent another death in the critically endangered whale clan.

Reached while throwing together his gear to head out on his research boat to get breath samples from the whale, wildlife biologist Brad Hanson of the Northwest Fisheries Science Center in Seattle said J50 has lost about 20 percent of her body weight, and getting fish into her is as much about rehydrating the whale as feeding her.

“There are a lot of ifs, whether or not she will even take fish,” Hanson said. “The big concern is the decrease in hydration level; that just becomes very concerning.

“Her survival could be only a few days. She has continued to decline.”

While it's a positive sign that J35's plight has gone viral, it is darkly telling that J50's situation is less widely known. One suspects that this is because the story of J35 has a level of novelty to it: We don't expect animals to display traits which clearly demonstrate their emotional vulnerability and which cannot be logically attributed to any other factor. By contrast, we are used to members of endangered species slowly starving to death or succumbing to illnesses as a result of that starvation — and as a result, J50's plight doesn't make the same headlines as that of J35.

And, it is worth noting, that the salmon species which are endangered have reached that situation due at least in part to climate change. Hence humanity has been provided with yet another example of how, even though we mourn for animals who act like ourselves, we still haven't mustered the collective will to stop engaging in the practices that cause their suffering in the first place.