Health care lobbyists are fighting Democrats who support Medicare for All

New report reveals how health care lobbyists have tried to influence a Hawaii congressional race. Are there more? 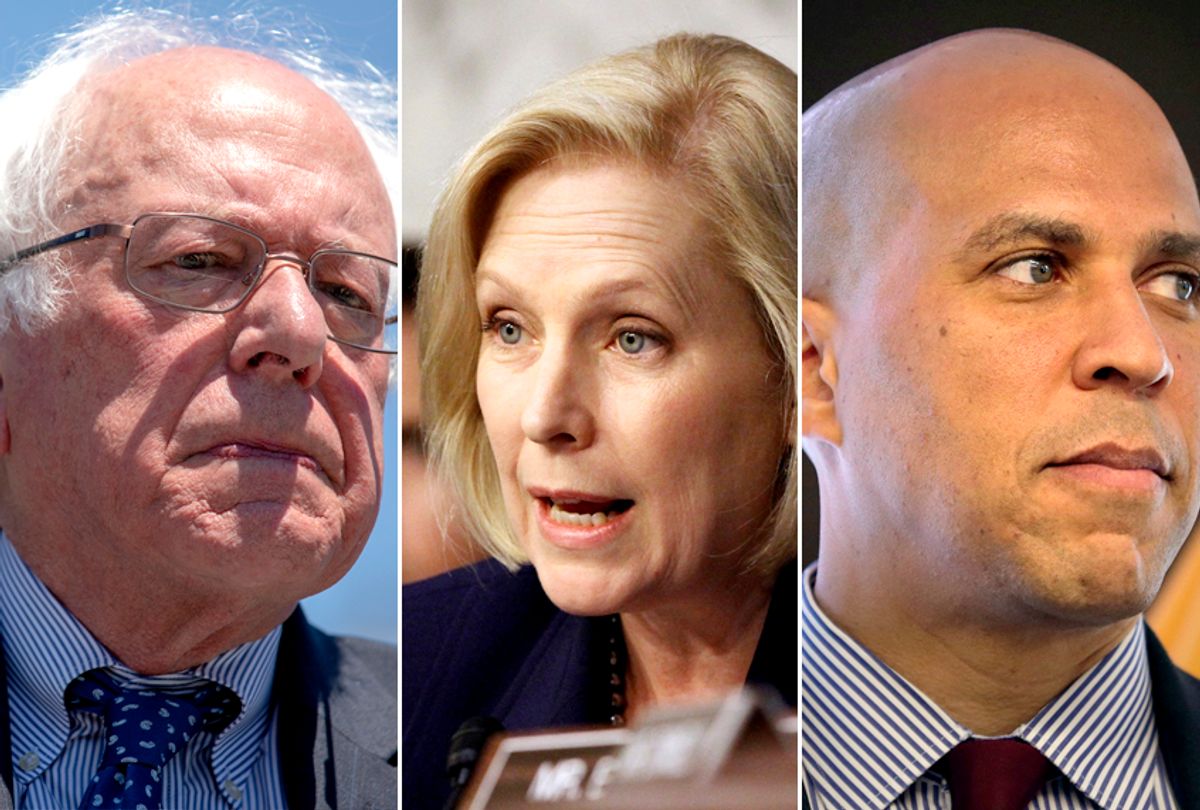 As campaigning for the 2018 midterm elections picks up steam, it's clear that health care — in particular, the question of whether Democrats should support Bernie Sanders' Medicare for All proposal, or some less ambitious form of reform — is dominating the party's internal political discussions.

A new report from the Intercept sheds more light on this phenomenon by focusing on a single congressional race in Hawaii. That state has a wide-open race in its 1st congressional district, a safe Democratic seat that largely comprises the city of Honolulu (and, incidentally, is the only majority-Asian district in the nation). Incumbent Rep. Colleen Hanabusa is running for governor this year, and there are six prominent Democrats vying to replace her.

The Intercept reports that three of those candidates have cozied up to a to an obscure but powerful lobbying group called the Healthcare Leadership Council, which represents "chief executives of major health corporations" and "an array of health industries, including insurers, hospitals, drugmakers, medical device manufacturers, pharmacies, health product distributors, and information technology companies." For understandable reasons, leading companies in those industries are eager to stave off the possibility of Medicare for All, and also to resist the general "leftward movement" within the Democratic Party.

As The Intercept explained:

Kim, Chin, and Martin agreed to speak to the Healthcare Leadership Council, which then drew up dossiers on each candidate based on their answers to the survey questions. The dossiers, which were obtained by The Intercept and Documented, profiled each of the candidates, including their photos, biographical sketches, contact information for their campaigns, and a checklist for determining their positions on certain issues of importance to the Healthcare Leadership Council. (Kim and Martin’s campaigns did not respond to a request for comment for this story.)

All three of the candidates were given generally positive reviews by the Healthcare Leadership Council: Kim was described as "very pro-market, opposes any attempt at single payer, does not support price controls on pharmaceuticals and agrees that Medicaid and Medicare need to be managed by the private market." Martin was praised because he "supports a majority of HLC’s positions" and "does not want single payer" (although it also noted that he "needed better education on health policy"). Chin was praised as a "moderate Democrat that has represented healthcare providers in [medical malpractice] lawsuits" and who "supports the market concept advocated by HLC and does not think a single payer/Medicare-for-All approach would work in Hawaii.”

As the Intercept notes, Chin's private responses to the lobbyists appear to contradict his public statements. Last month he told one local news organization that he is in favor of "steps like empowering the federal government to negotiate lower prescription drug prices for Medicare beneficiaries." He did not clarify the discrepancy between his public views and his positions as characterized by the Healthcare Leadership Council when asked to do so by the Intercept.

This congressional race in the Aloha State is no anomaly. It's part of a larger national trend in which Medicare for All, or similar plans that promote a single-payer health care system, have taken center stage. In many ways, this reflects a determination among many grassroots Democrats to push their party toward adopting bolder and more progressive policies, and the resulting pushback from moderates who fear this will be electorally costly.

"I think there’s still a divide on the way back to power, the way back to a majority, but I think we are seeing a push to the left and a thinking that drawing a sharp contrast with the GOP is a better strategy than trying to beat them in the middle with a moderate message. I think there could also be some envy of the tea party in pulling the party to the right by not compromising and standing on their principle and seeing the GOP still gain power," Nathan L. Gonzales, a longtime election analyst, told the Washington Post.

The Medicare for All proposal, or some equivalent thereto, has emerged as something of a litmus test for aspiring Democratic congressional candidates. The Progressive Change Campaign Committee (PCCC) calculated that 33 of the 57 Democrats who have won primaries and will challenge Republican incumbents in swing districts in the 2018 midterm elections support some variation of Medicare for All, and that nearly two-thirds of that group use the term in their campaign literature.

"Right now, we very much see a Medicare-for-all option as the floor and Medicare-for-all single payer as the ceiling," Adam Green, the co-founder of PCCC, told the Post. "We want to make clear every Democrat can support some version and not shoot themselves in the foot by forfeiting that golden language."

Medicare for All is not the only political alternative that could expand access to health care. Another option would be to allow states to let anyone use their Medicaid programs regardless of their income, according to the Washington Post. A State Public Option Act has already been proposed by Sen. Brian Schatz, D-Hawaii, and is supported by many other Senate Democrats, including most of the party's major 2020 presidential prospects, such as Sanders, Cory Booker of New Jersey, Kirsten Gillibrand of New York, Kamala Harris of California and Elizabeth Warren of Massachusetts.

One prominent criticism of Medicare for All is that, while single-payer health care plans may work better in theory, they can't be achieved given the current climate of American politics.

"I've been supporting, and we've been working towards, universal health care coverage in the state of Colorado system," Gov. John Hickenlooper of Colorado told Salon last month. "The day I got elected, I stood firm and have always stood firm that health care should not be a privilege, it should be a right." But Hickenlooper, seen by some moderate Democrats as a potential 2020 savior, added that he doesn't think Medicare for All is an achievable goal. "I don't think we can get to universal coverage as quickly if we try to fight that battle now. I think that the imperative now should be to make sure everyone's covered, that we should get there first."