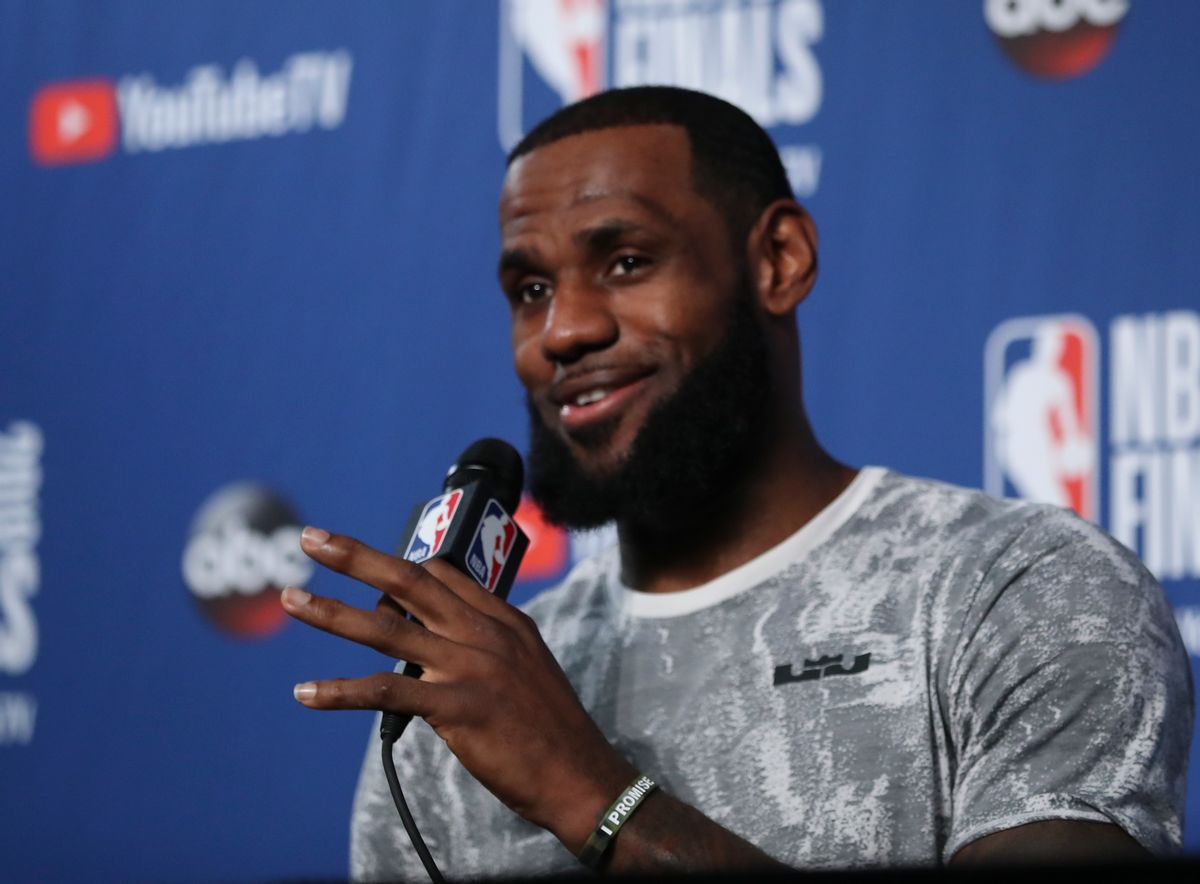 President Donald Trump faced swift backlash Friday night and in the early hours of Saturday for an ill-advised tweet some are calling racist.

Trump evidently spent much of his Friday night catching up on television, including a days old CNN interview with LeBron James. Apparently, the president did not like what he saw. During the interview, James told CNN's Don Lemon that Trump was using sports to divide the country. The president, unable to let criticism slide, compulsively went after James and Lemon on Twitter.

Lebron James was just interviewed by the dumbest man on television, Don Lemon. He made Lebron look smart, which isn’t easy to do. I like Mike!

Trump using his Twitter platform to attack his perceived enemies is nothing new. Suggesting that two accomplished black men are not smart is not surprising either. Trump frequently hits his black critics, such as Rep. Maxine Waters, by saying they have "low IQ." His tweet Friday night continued that trend. And everyone noticed. From political journalists and commentators to sports reporters and athletes, Trump felt an explosion of anger from critics.

This is apparently what the President of the United States feels the need to share with the world at what should be long past his bedtime? It's a disgrace. It's racist. And it's the product of petty but dangerous hatreds. I repeat this is the PRESIDENT??!? https://t.co/MA8nZUxFc7

🗣️ FUCK DONALD TRUMP AND ANYONE WHO STANDS WITH HIM

LeBron is a smart dude (and one of the most thoughtful athletes we have) - this is a bullshit tweet and feels more than a little racist. You’re a constant embarrassment. https://t.co/QxYpuyHsuW

So let me get this straight: Flint, MI has dirty water still, but you worried about an interview about a man doing good for education and generations of kids in his hometown? Shut your damn mouth! Stop using them twitter fingers and get stuff done for our country with that pen. https://t.co/sEkX3OKaJM

Even frequent Trump apologists found the president's tweet vacuous and damaging to the White House.

Lebron is the wrong dumb culture battle to pick. He gives back to community, stays out of legal trouble, cares for his family & opened a school for disadvantaged kids. Pick a different hill MAGAworld

As a rule of thumb, vilifying someone who recently opened a school for underprivileged children is not exactly good politics. To make matters worse, there is a special election in Ohio on Tuesday for Ohio’s 12th Congressional District. James is not some obscure basketball player in the state of Ohio. Akron born and raised, James has been credited for bringing in hundreds of millions of dollars to the Ohio economy.

Trump confirmed that he will by flying to Ohio on Saturday to rally for the GOP candidate in the race. When the weekend's over, the president will have likely done more harm than good for the Republican Party.

Watch the interview Trump disapproved of below: