LeBron James and the I Promise School: This is why sports stars shouldn't just "shut up and dribble"

When athletes of James' stature use their influence for positive change off the court, kids win 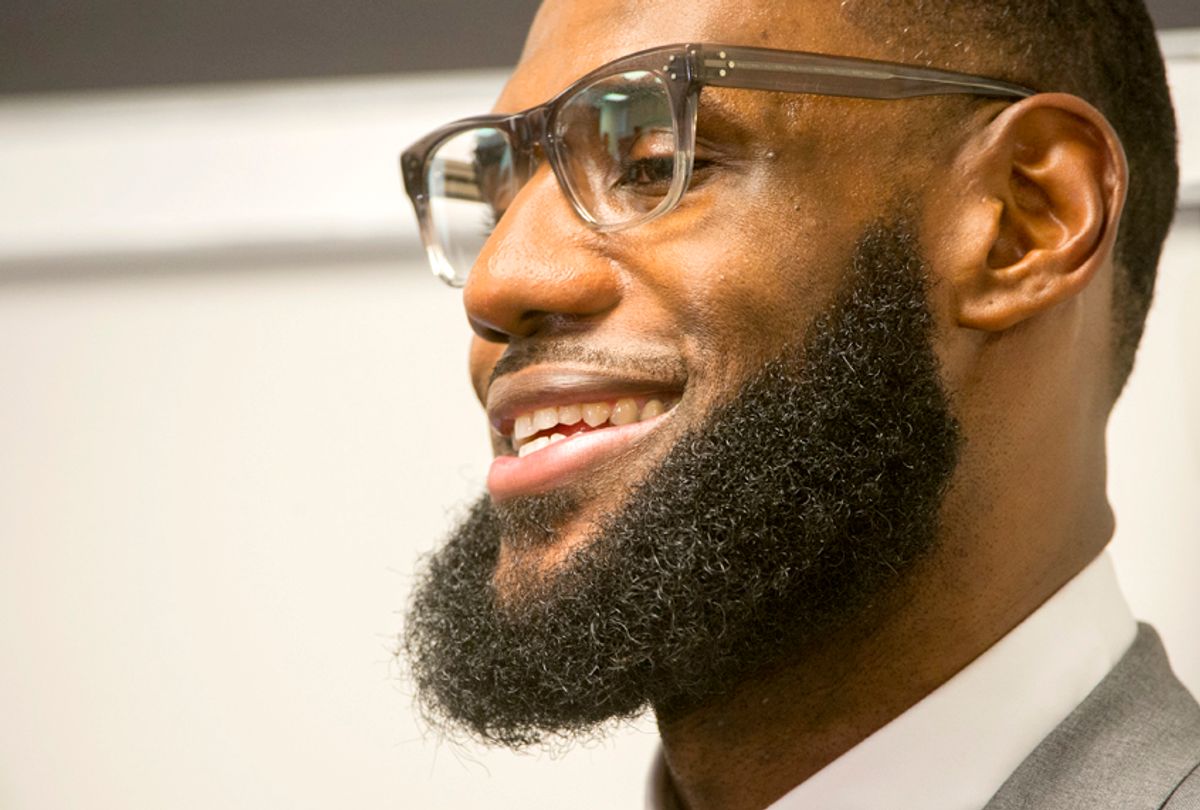 LeBron James is back in the news. And no, it’s not for anything scandalous or gossip-worthy. Of course not. That's not LeBron James' style.

James is making headlines because he built his brand new I Promise School for at-risk youth in his home town of Akron, Ohio. The news isn't surprising, as James has proved how much he values education. This the same guy who paid for 1,000 kids to attend college and started “Wheels for Education,” a program that provides school supplies, access to computers and even bicycles to low-income kids.

"We want every kid that walks through this school to be inspired, to come ... away with something, something where they can give back," James said in a CNN interview with Don Lemon. "For kids, in general, all they want to know is that someone cares. And when they walk through that door, I hope they know that someone cares."

The 33-year-old three time NBA champion has been the subject of zero negative scandals over his 15-year career. He has been vocal about issues dealing with social justice and our current political climate, which has made him a target of criticism from right wing pundits, including Fox News host Laura Ingraham, who has attacked his right to a platform to speak his mind on politics.

"It's always unwise to seek political advice from someone who gets paid $100 million a year to bounce a ball," Ingraham said. "Keep the political comments to yourselves. ... Shut up and dribble."

Conservatives are supposed to be about freedom, right? The ability to freely voice your opinion included? So how does playing basketball for a living make a person exempt from being allowed to express an opinion on politics?

This would be an opportune time for Ingraham to retract that statement. It’s a good thing LeBron didn’t shut up and dribble. LeBron has proven time and time again that he is much more than an athlete. But we need athletes with profiles as high as his who truly understand the issues to step up where politicians and government officials have fallen short. With Betsy DeVos —who helped the spread of charter schools in Michigan, the results of which have been described as "deeply dysfunctional" — in the role of Secretary of Education, James’ decision to help children feels more urgent than ever. This school, which will offer an extended school day and a special curriculum catered to kids who have issues outside of school, has the potential to make a real and lasting impact on its students' lives.

"If we look at some of the greatest leaders of our time, you look at, you know, Muhammad Ali, you look at Dr. Martin Luther King, and all the adversity they went through," LeBron continued on his CNN interview, "They always use it to say 'OK, this is even more motivation, this is even more a way for me to even be more powerful.' And — and they're the reason why we are here today."

More reactions to the I Promise School: