Today's conservatives are terrified of "socialism." It wasn't always that way 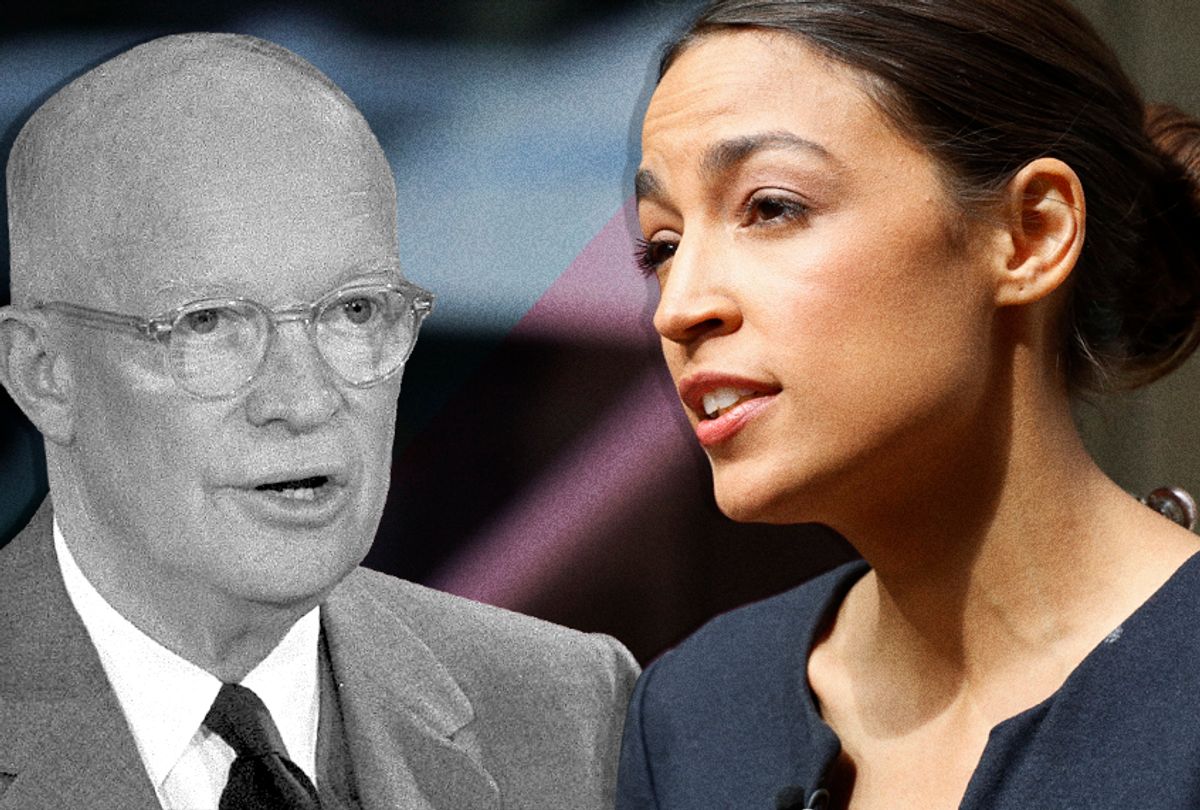 This may seem hard to believe today, but there were once such things as "enlightened conservatives," to borrow a term used by the Yale scholar Immanuel Wallerstein. From Otto von Bismarck to Dwight Eisenhower, these enlightened conservatives were more pragmatic than dogmatic, and more reformist than reactionary. Concerned primarily with maintaining social order and preserving the status quo, they were open to social reform for the simple reason that they saw it as a way of preventing radical movements from gaining traction.

In some ways, the modern welfare state was as much a product of this enlightened conservatism as it was a product of socialist movements and working class struggle (even though it was the latter that prompted conservatives and liberals to introduce reforms in the first place). Bismarck, the chancellor of Germany from 1871 to 1890, created the first modern welfare state — which included old-age insurance, later serving as a model for social security — for the purpose of de-radicalizing the proletariat and undermining the radical socialist movements that were growing in Germany at the time.

More than a half-century later in America, Republican President Dwight Eisenhower defended the reformist policies introduced under Franklin D. Roosevelt two decades earlier, remarking that it would be political suicide for any party to attempt to abolish social security or eliminate labor laws and unemployment insurance. Only a splinter group of “Texas oil millionaires” and right-wing politicians and businessmen believed it was possible to dismantle the welfare state, and, in Eisenhower’s estimation, they were “negligible” and “stupid.”

Enlightened conservatives like Bismarck and Eisenhower understood that reformism was more conservative than radical, and the global threat of communism was a daily reminder of this reality. Without the social democratic reforms that reduced class antagonisms and limited the excesses of capitalism, the poor and working-class masses would be far more susceptible to radicalization — and thus the status quo would be far more at risk.

Toward the end of the 20th century — especially with the fall of communism — “enlightened conservatives” became a negligible splinter group within the GOP, and right-wing politicians quickly took control of the party — unsurprisingly, with the help of oil billionaires (no longer just millionaires) from states like Texas and Kansas. By the time the new century came around, it was no longer political suicide to go after labor laws or entitlements, and there was even bipartisan support for policies that Eisenhower would have thought impossible (e.g. ,welfare reform, financial deregulation, social security privatization). With the threat of communism gone, free market fundamentalists worked to liberate the global market and dismantle the welfare state, while left-wing movements grew precipitously weaker. As labor unions declined, billionaire activists pushed their own reactionary agenda.

Decades later, the political spectrum has veered so far to the right — at least in economic terms — that the kind of reformist policies that would have been considered moderate or even conservative in another era are seen as radical and “far left” today.

The right’s hysterical response to the rise of Alexandria Ocasio-Cortez, the 28-year old “democratic socialist” who won the Democratic primary in New York’s 14th congressional district in June, demonstrates just how far things have shifted. Like Bernie Sanders, Ocasio-Cortez supports policies that would have been called center-left or social democratic in the mid-20th century — policies that have been established in most developed countries for decades, whether it’s universal health care, free public college tuition or mandatory paid family leave.

Republicans have expressed abject horror that such “radical” and “European” policies are even being considered here. “It’s petrifying to me that this is being normalized," declared Meghan McCain on "The View." “The problem with socialism, in the words of Margaret Thatcher, ‘At a certain point you run out of spending other people’s money,’” continued McCain, who went on to propose that democratic socialists voluntarily pay 90 percent taxes. (McCain, who has a poor understanding of how progressive taxation works, is obviously not an enlightened conservative like Eisenhower. When he was president, the top marginal tax rate was 91 percent and the effective rate for the top .01 percent was over 70 percent).

Another conservative named Virginia Kruta wrote for the Daily Caller about her experience at an Ocasio-Cortez rally in mid-July, and though her piece reads like a parody, it is very serious indeed. Kruta saw something that she describes as “truly terrifying” at the rally; namely, “how easy it would be, as a parent, to accept the idea that my children deserve healthcare and education,” and how easy it would be, “as someone who has struggled to make ends meet, to accept the idea that a ‘living wage’ was a human right.” Truly frightening stuff!

Kruta later went on "Fox & Friends" to describe the harrowing experience. “If you’re not really paying attention to how they’re going to pay for it, or the rest of that, it’s easy to fall into that trap,” remarked the conservative writer, who felt “uncomfortable” at the rally because everyone seemed so angry (she has presumably never been to a Trump or Tea Party rally).

A moderate or enlightened conservative of the past would have found this kind of disconnect remarkable, not unlike a certain French queen telling starving peasants to “eat cake.” Modern conservatives like McCain and Kruta like to think of themselves as the only adults in the room, and ask questions like “How are you going to pay for it?” as if they're coming from a pragmatic perspective rather than an ideological one. At the same time, these conservatives see nothing wrong with the fact that their party just handed a massive tax break to the rich that will cost more than $2 trillion or that President Trump and the GOP-controlled congress recently added more than $80 billion to the bloated defense budget (that single annual increase is far more than Russia’s entire defense budget, to provide some context).

Enlightened conservatives were no radicals, but they recognized that discontent breeds radicalism, which led them to cautiously embrace reforms that would limit popular discontent. Today, many conservatives are shocked at the resurgence of left-wing politics, even though the “democratic socialist” candidates who have emerged from this revival are more reformist than revolutionary (at this point, at least). Enlightened conservatives wouldn’t have been surprised. If anything, they would have been surprised that it took this long for socialists to re-emerge in this age of skyrocketing inequality and corporate power. It is doubtful whether the socialist comeback will remind today’s rigidly dogmatic conservatives of what their predecessors once knew, but if history is any guide, the more reform is resisted from above, the more one can expect radicalism to take hold below.

Former Maryland governor visits "Salon Talks" to discuss the crisis in his party, and in America.