On climate change, it's time to start panicking

The crisis over global warming warrants an unparalleled response 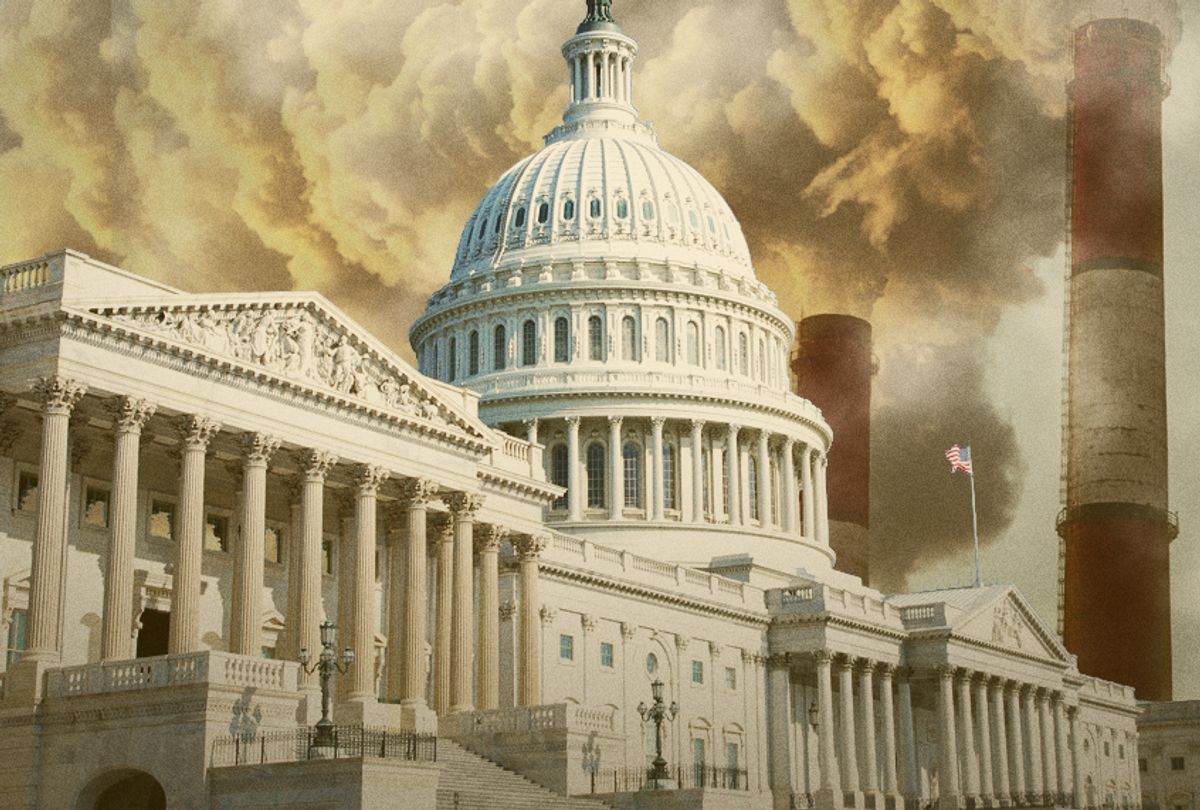 It is time for us to panic about global warming. Indeed, a proper state of panic is long overdue.

Global warming has made the news for a number of reasons this week: The Supreme Court rejected a request by President Donald Trump to halt a lawsuit by children and teenagers to force the federal government to address man-made climate change; Trump's Environmental Protection Agency and Department of Transportation took new steps to reverse President Barack Obama's rules requiring car manufacturers to steadily reduce greenhouse gas pollution from their vehicles; former California Gov. Arnold Schwarzenegger denounced those same Trump policies as "stupid"; and The New York Times ran a brilliant piece documenting how, between 1979 and 1989, the world had the opportunity to effectively address man-made climate change... and squandered it.

Yet this is one of those issues in which — because there are so many twists and turns and overwhelming details — it is easy to lose sight of a crucial fact: If we do not resolve the problem of man-made climate change, it could quite literally spell the end of human civilization.

"There will be and already is major consequences and they grow over time. It does not look good," Kevin Trenberth, a a Distinguished Senior Scientist in the Climate Analysis Section at the National Center for Atmospheric Research at the University Corporation for Atmospheric Research, told Salon by email. "The effects are always local but there are more and more of them and the consequences are major. These includes floods and drought, heat waves and wild fires." He also pointed Salon in the direction of a paper he co-authored that elaborated on how Hurricane Harvey in particular could be linked to climate change.

Indeed, the California wildfires that ravaged America's most populous state last month provide a major example of the dangers of man-made climate change discussed by Trenberth. A number of scientists have come out to argue that the devastating blazes were at the very least exacerbated by climate change, according to the San Francisco Chronicle. As Jennifer Francis, a professor at Rutgers University who studies atmospheric circulation, told the newspaper regarding the searing heat wave and weaker wind patterns, "We’re seeing this mix of conditions across North America and Europe, but they’re all connected. The weather patterns are just stuck. They’re trapped."

The good news is that humanity hasn't passed the point of no return, at least when it comes to the total destruction of our species (we have definitely passed that point when it comes to avoiding any kinds of lasting consequences). If we are to stave off even worse examples of extreme weather than the hurricanes, wildfires, floods, droughts and heat waves we've already experienced, however, we need to start implementing intelligent policies — and do so now.

"I would place a price on carbon," Michael E. Mann, a Distinguished Professor of Atmospheric Science at Penn State, told Salon by email. "Whether this takes the form of a carbon tax (a revenue-neutral carbon tax? fee and dividend? cap-and-trade?), I leave that to the policymakers to determine as long as they accept, as the premise for policy, what the science has to say about the reality and threat of climate change. The price on carbon needs to be set such that it leads to a reduction in carbon emissions of several percent a year for the next few decades. If we do that, we can avoid a catastrophic 2C (~3.5 F) warming of the planet."

He also rejected the idea promoted by many on the left that a lasting solution to global warming is impossible under a free-market capitalist economic system.

"I’m unconvinced that is true," Mann explained. "In the past, market mechanisms for pricing environmental externalities have worked. We acted on acid rain and ozone depletion within a market economy framework. The real problem, in my view, isn’t the nature of our economic system, it’s the way that special interests and plutocrats have blocked the sort of common-sense market approaches to dealing with environmental problems that were once supported by democrats and republicans alike. The problem is the moral and ethical rot that now lies at the very center of the republican establishment, the lack of good faith and the total sellout to special interests and plutocrats."

Ken Caldeira from the Carnegie Institute for Science's Department of Global Ecology offered another observation about the economic considerations that need to be taken into account when trying to develop an energy policy that effectively confronts global warming.

"We will also need to have policies that wisely balance competing interests based on some sort of rational analysis of the facts. No energy technology is without its downsides," Caldeira told Salon by email. "Solar farms in the desert will disrupt desert ecosystems, and we will need new power lines. Many think, and with some good reason, that nuclear power could be an important tool for solving the climate problem, but nuclear is expensive and has other problems. These kind of permitting issues require good public policy and thoughtful decision making. There will be no consensus so we need good government to balance competing interests."

He added, "Lastly, this can't happen only in the United States or Europe. The whole world needs to develop based on near-zero emission technologies, and so would need to enact similar policies. Of course, with so many demands on limited resources, and such inequitable distribution of wealth, this remains a challenge."

Perhaps most important of all, at least in the immediate sense, is that Americans need to elect a president who will renew this country's participation in the Paris climate accord.

"It was a huge setback," Trenberth told Salon regarding Trump's decision to pull the United States out of that agreement. "The US has to lead and set an example and this is lacking. Under Obama progress was evident but the Congress is hopeless and in the pocket of fossil fuels. This is more than a setback, it has major consequences and is already costly hundreds of billions of dollars (witness Harvey etc)."

Bill Nye needs to take on the science deniers.