After a decade of Tom Cruise blockbusters, Christopher McQuarrie wants to return to indies

Now, off his "Mission: Impossible" success, he wants to go back to movies he dreamed of making, but never could. 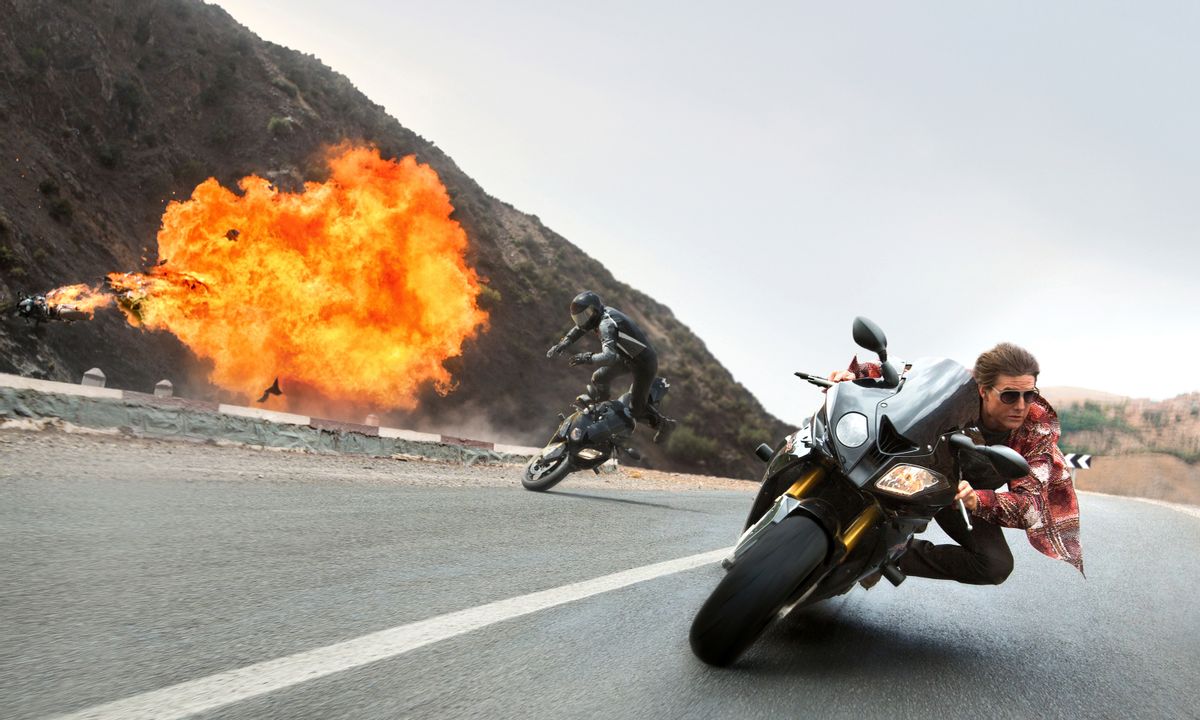 Christopher McQuarrie won the Best Original Screenplay Oscar for “The Usual Suspects” 22 years ago, but it wasn’t necessarily smooth sailing on his path to directing “Mission: Impossible – Fallout,” which with its near universal praise and enormous box office projections places him clearly amongst the elite action directors working in Hollywood today.”I learned a lot between my first and second film [as a director], especially in that there were 12 years between “The Way of the Gun” and “Jack Reacher,” seven of which I didn’t get anything made,” said McQuarrie in an interview with IndieWire. “I was really struggling and was forced to confront what I was doing wrong: ‘Why couldn’t I get something going? What did the business want from me that I wasn’t giving them?'”

McQuarrie said his career and life turned around when he stopped fighting to make the movies he wanted to make (but no else did), and started going through “doors that open.” The door swung widest when he met Tom Cruiseand wrote “Valkryie” for the star and director Bryan Singer. Today, McQuarrie has been in the Tom Cruise business for the better part of the last 12 years, acting as a screenwriter and then as a director on five projects Cruise made — as well as those that he walked away from.

“I’ve been through a farm system that most directors haven’t,” said McQuarrie. “You see it a lot now, where someone directs a small film, that film is a runaway success, so you have a $5 million movie that makes $60 million and someone says, ‘I’ve got an idea, let’s give that guy $200 million and we’ll protect him, we’ll put a bunch of people around him and they’ll guide him.’ And as soon as that person is put in charge of the movie, no one wants to do tell the director what to do, so you have someone who has never made one of these movies, does not understand the rules, and is there to reinvent the wheel and they lose sight of the fact that the wheel is round, and it’s round for a reason, and their wheel is not.”

The farm system McQuarrie refers to is the producorial role he took in Cruise’s world. This was particularly true on “Edge of Tomorrow,” which he wrote and served in an uncredited second-unit role in which he saw not only how the film was made, but also how it was made better in the process. Meanwhile, Cruise, who takes an active role in his films’ storytelling, taught McQuarrie how to make sure every decision served to create emotional clarity for the audience. He also was brought on by other filmmakers to help fix their movies, which is where it all came together for McQuarrie.

“Those are things I learned, not from the films that I was making, but the films I was making with other filmmakers where I was coming in to help to fix their broken or struggling movies, because I had a level of objectivity I don’t have on my own work,” said McQuarrie. “And I would say that’s been the real benefit of my career and allowed me to grow as a filmmaker and so here I am in my late 40s, I’ll be 50 this year, and I feel like I’m just now starting my career. I just now have the tools to apply to filmmaking that another well-rounded filmmaker probably had three films in.”

McQuarrie said that being seen as a bonafide Hollywood action director is an arrow he’s happy to have in his quiver, but that what he’d really like to do with his newfound capital is return to the films he abandoned year ago.

“There’s the stuff I wanted to do since the beginning of my career that I’ve never done — I never actually made any of the movies I set out to make at the beginning of my career,” said McQuarrie, who recalls how his old pitches were treated like they were “toxic.” “And the things that I believe are great stories are — they terrify them, so there’s a moment of decision here for me, as I finish with this movie and potentially with this franchise, to think about where am I going to apply that and I’m finally be in a position to go back to the beginning. I’m in a position now where I have enough saved up that I can go back to being an independent filmmaker and build my career, from a smaller movie, build it out.”