How did attorney general races get so hot? Once-obscure state office is now a combat zone

Money is rushing in, especially on the Republican side, as state attorney general races become more heated 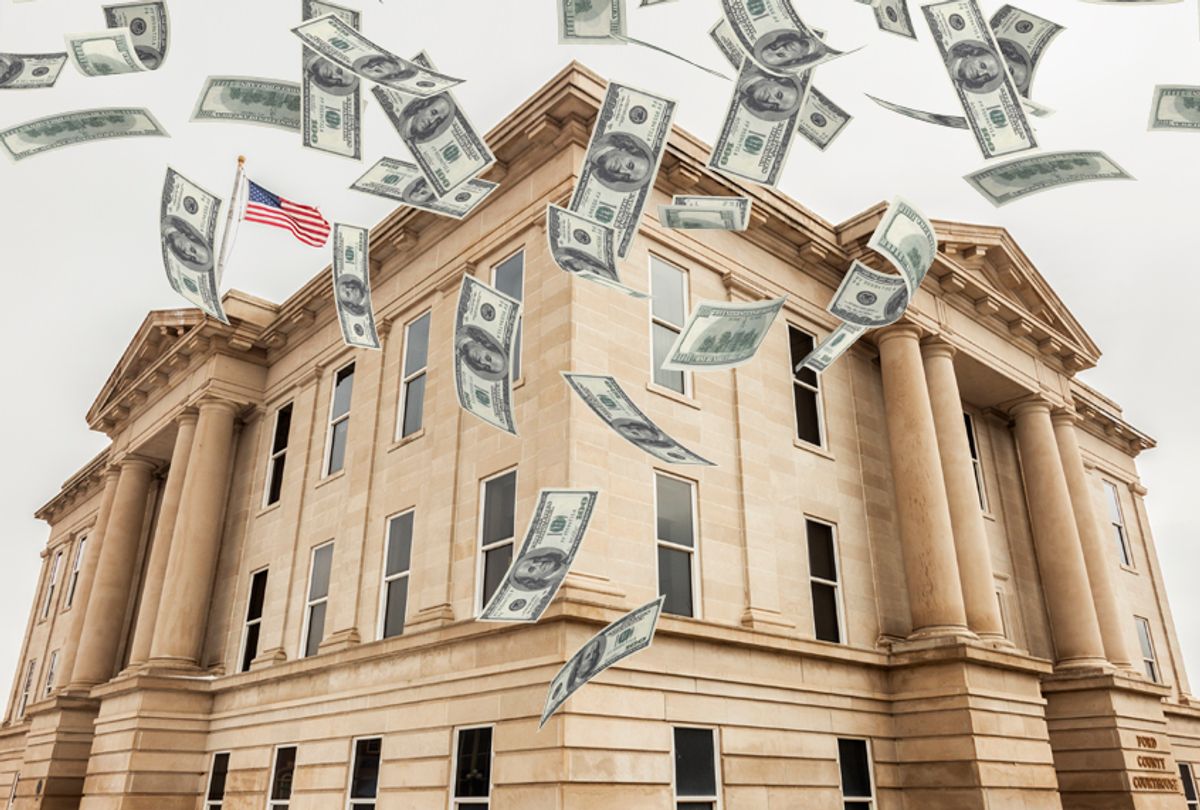 This year's midterm elections are already the focus of an unprecedented level of attention, as the only first opportunity that Democrats and progressives have to throw up meaningful obstacles to Donald Trump's anti-democratic agenda. Most of the media and activist focus, however, has been on congressional races, buoyed by the possibility that a Democratic majority could drastically change the political environment on Capitol Hill.

But while so many eyes are focused on the Beltway, there's been a quiet revolution in state politics as spending, both regular donations and dark money, has started to escalate, driven in no small part by Republican donors who realize how much power state politicians really have. Nowhere is this more evident than in the shift around attorney general elections. These once-quiet elections have become battlegrounds in the past few election cycles and promise to be even more so in 2018, when 32 attorney general seats are on state ballots.

In the past few years, both the Democratic and Republican parties have beefed up their attorneys general associations with more resources and staffing. In 2014, the Republican Attorneys General Association (RAGA) became its own organization, separate from the Republican State Leadership Committee. In 2016 the Democratic Attorneys General Association (DAGA), which has always been independent, moved its office to Washington and hired its first full-time staff. These changes reflect the increased level of donor interest in these increasingly competitive races, as political power players have really begun to see exactly how much influence a state attorney general can have over everything from electoral systems to criminal justice to corporate regulation.

“Our friends on the other side and particularly donors, much earlier than Democratic donors, started to recognize the power of the office of the attorney general," Sean Rankin, the executive director of DAGA, told Salon. "They saw this as a real opportunity to develop the Republican bench, as well as derail those Democrats who had promising careers."

Zack Roday, the communications director of RAGA, credited his organization's ability to "continuously lap our Democratic counterparts in fundraising and candidate recruitment" on "supporting candidates who will defend the rule of law."

Anne Feldman of End Citizens United, however, sounds a bit more skeptical, telling Salon that attorneys general "have a huge effect on both process and outcomes" and that their races "are much less expensive than say, a Senate race. Which is to say, if you’re a mega-donor with millions to spare, it’s a pretty good deal for your investment."

In June, CBS News — noting that attorneys general "have the final say on which cases to pursue or not," a fact that "has not gone unnoticed by lobbyists" — reviewed the donations to RAGA over $50,000 and found that more than half of the donors "had matters under consideration by a state attorney general or had recently settled" such a matter. Other big donors "needed help from the AG community," including the NRA, which "made a $700,000 donation to RAGA four weeks after the Las Vegas shooting."

Sure enough, after that donation, 24 out of 27 Republican attorneys general wrote Congress asking for a bill that would make concealed-carry into national law, a huge lobbying priority for the NRA.

The biggest donor to RAGA in 2016 was the Judicial Crisis Network, which gave over $2 million that year — 10 times the size of DAGA's biggest single donation. That group has been described by the Daily Beast as a secretive, dark-money organization that spends "millions to sway state judicial elections and attorneys general races" and to "advance pro-business, limited-government legal agendas aligned with its donors’ leanings."

Scott Pruitt, the recently booted head of the Environmental Protection Agency, was head of RAGA until he left to work for Trump in 2017. But his deep involvement with the Judicial Crisis Network continued. During his time in D.C., Pruitt leveraged his position to get his wife a job. Eventually, the Judicial Crisis Network obliged and hired her, however briefly. Other companies who donated to RAGA then turned around and lobbied Pruitt at the EPA, expanding the scope of the attorneys general donations even further.

Other big RAGA donors from 2016 include the U.S. Chamber of Commerce, Koch Industries and various energy companies. There's every reason to believe these numbers will grow in 2018.

This isn't just about lobbyists viewing Republican attorneys general as friends, however. A lot of money is flowing out of fear that Democratic attorneys general could represent a real threat to the right-wing agenda.

"Democratic AGs pose a clear and immediate threat to the rigged system," Feldman said, citing efforts by Democrats to limit the ability of corporations to spend freely on elections.

Indeed, Democratic attorneys general have gotten in the news more often of late by offering resistance to the Trump administration, repeatedly suing and often winning in court when the administration makes moves that threaten to harm the environment, limit health care access, or restrict the basic rights of immigrants living in the state.

Because of this, Republicans have grown far more aggressive in their attacks on Democratic attorneys general. For years, there's been a gentleman's agreement between the two parties to avoid challenges to incumbent attorneys general. Early in 2017, Republicans decided unilaterally to end that agreement. Now every seat in every election is up for grabs.

Rankin, of DAGA, did not seem perturbed by this escalation of hostilities and fundraising. On the contrary, he greeted this as an opportunity.

“We’re going to go toe to toe. We’re going to fight this thing out," he said. "We weren’t going to let their money not be answered with our money.”

Rankin said this is a chance to highlight to both donors and voters, how much power attorneys general really have, and that they "are making headway when Congress can’t" on progressive priorities.

As examples, he noted that Democratic attorneys general were able to get a court to block the online release of blueprints for 3D printed guns and to fight fast food companies who use non-compete clauses to artificially lower worker wages. And while the Republican-led Congress pointedly ignores Trump's financial corruption, Democratic attorneys general are moving forward on a legal case arguing that Trump is breaking foreign emoluments law.

This power is likely why Rep. Keith Ellison, vice-chair of the Democratic National Committee, is running for Minnesota attorney general, even though doing so means he will have to leave Congress. But for a figure who has been at the forefront of the resistance movement against Trump, the attorney general role may give him more leverage to take the fight to the president through the courts, even if Democrats retake the House of Representatives in November.

While these national fights are important, it's also critical to understand that attorneys general have a massive impact on the fates of people in their own state.

"In terms of pursuing the rights of those who are accused or convicted of crimes, the attorney general position can play a very vital role," Marissa Dodson, public policy director of the Southern Center for Human Rights, told Salon.

Her organization defends marginalized people who get caught up in the criminal justice system, and the priorities of a state attorney general make a big difference in the work they do. For instance, she noted, on the advice of Attorney General Brian Frosh, Maryland reformed its bail system that was keeping people in jail just because they couldn't afford to pay, reducing the number of people who are being held simply due to poverty.

Despite the growing interest in Democratic attorneys general, Republicans will likely continue to have a fundraising advantage, thanks to their keen interest in doing the bidding of major industries. But Democrats hope grassroots energy can help boost candidates overcome this funding disadvantage. Already, as Rankin pointed out, they've had important victories: Democrat Josh Shapiro won the Pennsylvania attorney general race even as Hillary Clinton lost the state Donald Trump and Democrat Katie McGinty lost the U.S. Senate race to incumbent Pat Toomey. If the blue wave is really coming in November, Democrats believe they will pick up attorney general seats across the nation.