"We'll restore the home to its 1970s glory, as only HGTV can," the CEO of the network's parent company claimed 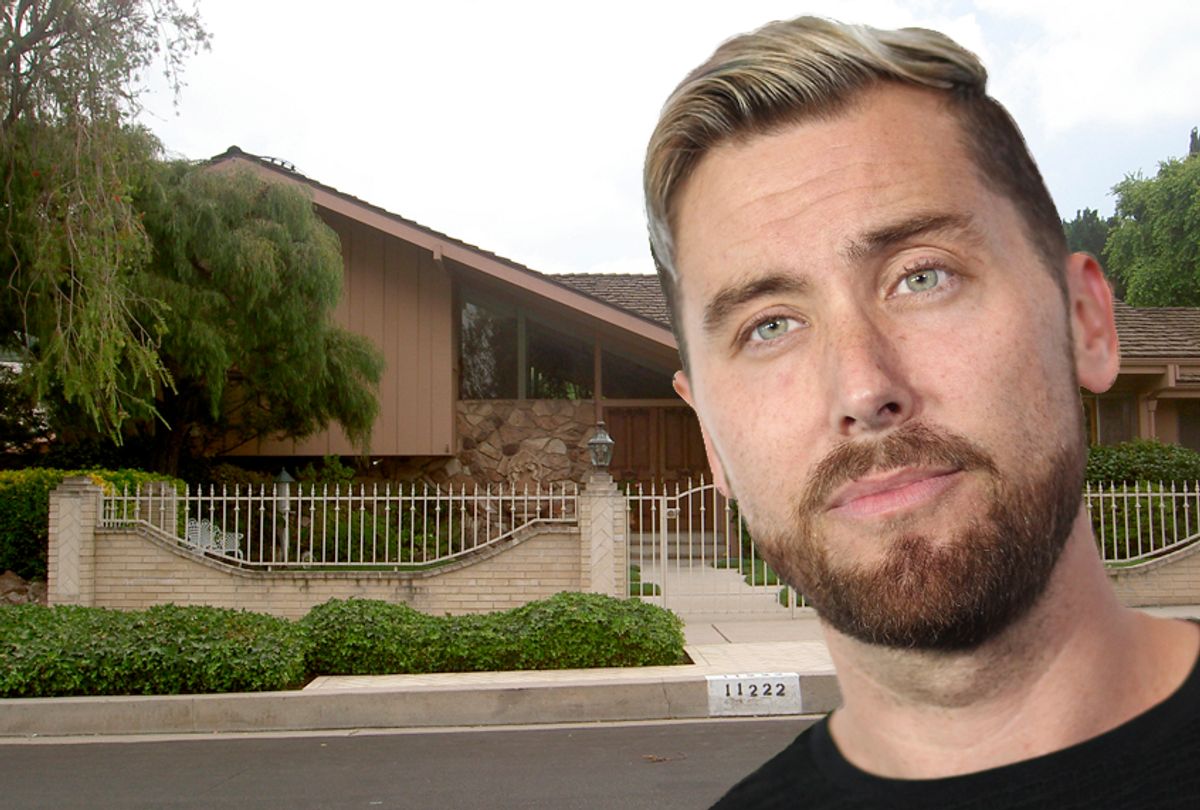 One day after announcing that his offer to purchase the “Brady Bunch” house had been accepted, Lance Bass took to Instagram to issue a retraction.

“Marcia Marcia Marcia! I’m feeling heartbroken today,” the former NSYNC band member wrote before claiming that his “winning bid” for the legendary piece of real estate was kicked to the curb after a "corporate buyer" came along with "unlimited resources."

According to Bass, "the agent representing the estate" informed him of the big news "after the final deadline for all offers had passed—even writing up the 'winning bid' for my team after informing me."

Perhaps that is the reason why the singer used a play on words from the classic TV show's theme song: "Here's a story . . . of a shady Brady."

“How can I compete with a billion dollar corporate entity?” Bass questioned. “I truly believe I was used to drive up the price of the home knowing very well that this corporation intended on making their offer and it’s not a good feeling. I feel used but most importantly I’m hurt and saddened by this highly questionable outcome.”

The next day, the name of that "corporate entity" became public information. On Tuesday, HGTV revealed itself as the new owner of the iconic two-bedroom, three-bath Studio City home that was used in the exterior shots of "The Brady Bunch."

"I'm excited to share that HGTV is the winning bidder, and we'll restore the home to its 1970s glory, as only HGTV can," David Zaslav, CEO of the network's parent company, revealed during Discovery's earnings call.

The sale had received an influx of interest, with Bass initially claiming to have edged out the competition, which included the screenwriter Gregory Storm and Jonathan Silver Scott, the co-star of the popular HGTV brand "Property Brothers."

"I’m a little bummed that you out bid me (seriously) as I really wanted that house," Scott wrote in reply to Bass' tweet. "But I’m very excited you’re taking on this project. Let me know if you want any help."

It is currently not clear if HGTV plans to recruit Scott, who is one of the network's biggest stars, to participate in its renovation project.

"More detail to come over the next few months, but we'll bring all the resources to bear to tell safe, fun stories with this beloved piece of American TV history," Zaslav added on the call, according to CNN.

Salon reported in July that 11222 Dilling Street, purchased in 1973 for $61,000 by George and Violet McCallister, had been listed on the market for nearly $1.9 million. The house was featured in the opening and closing shots of the beloved series, which ran from 1969 to 1974. It is among the most-photographed homes in all of America.

The famous TV family didn't actually live inside the house, because the rest of "The Brady Bunch" was filmed in a Los Angeles studio. Although the show wasn't filmed there, the home's exterior has become so famous that it even has its own Yelp page, where it's listed as a historical building and landmark.

“Super excited to announce they accepted my offer on the #BradyBunch house last night!!!” Bass initially tweeted on Friday evening. “This is going to be a fun project!”

Maureen McCormick was among those who extended a big congratulations to Bass, prompting the former pop star to hand out his first dinner invitation to the fan-favorite actress, who portrayed Marcia Brady during the sitcom’s five-year stint.

“You will most certainly be the first dinner guest!!” Bass tweeted to McCormick. “I’m honored you approve.”

“Property Brother” Scott also reached out to Bass to provide his HGTV expertise, if needed.

Bass further revealed to Storm that he was planning on remodeling the house’s interior to pay homage to the classic TV show’s set design.

Ernie Carlswell, the real estate agent selling the property confirmed to Entertainment Weekly that the iconic home is currently in escrow. However, he would not reveal the buyer’s identity – only that Bass had “submitted one of the multiple offers received on the property.”

Bass reposted his Instagram revelation to Twitter – which asked, "How is this fair or legal??" – where he received a barrage of support in regards to the sellers’ alleged "shady" ethics, with some fans even suggesting that he get an attorney involved.

Bass seemed to shy away from legal action, however, deeming such an effort to be “not worth it” when told by one Twitter user that a complaint could be filed against the selling agent.

The Los Angeles Times reported that, in total, eight offers were received for the property. The seller ultimately accepted two of those bids. The true “winning bid” remains unknown, according to CNN.

Much like the half-hour TV series involved, the conflict between Bass and corporate America seemingly came to a quick resolution. After HGTV went public, Bass extended an olive branch to the home improvement network, revealing that he was a huge fan.

"HGTV??! Aw man. I’d be pretty upset if it were anyone else, but how can you be mad at HGTV?? My television is stuck on that channel," he tweeted. "Kudos HGTV, I know you will do the right thing with the house. That was always my biggest worry. I can smile again."

The network replied, saying that it was a member of "The Lance Bass Fan Club." "Aww, thanks Lance Bass. Consider yourself officially part of the HGTV bunch!" it wrote on its Twitter account.

Storm, for his part, seemed not yet ready to forgive the network and its "Property Brothers" in the wake of the so-called "shady" deal.

"Hey [Scott brothers] why troll Lance Bass if you knew you & HGTV were going to pay a crazy amount to get the Brady Bunch House and push him, ME, and the other bidder out of the deal? Not cool."