QAnon is weaponized to target the Trump fanbase 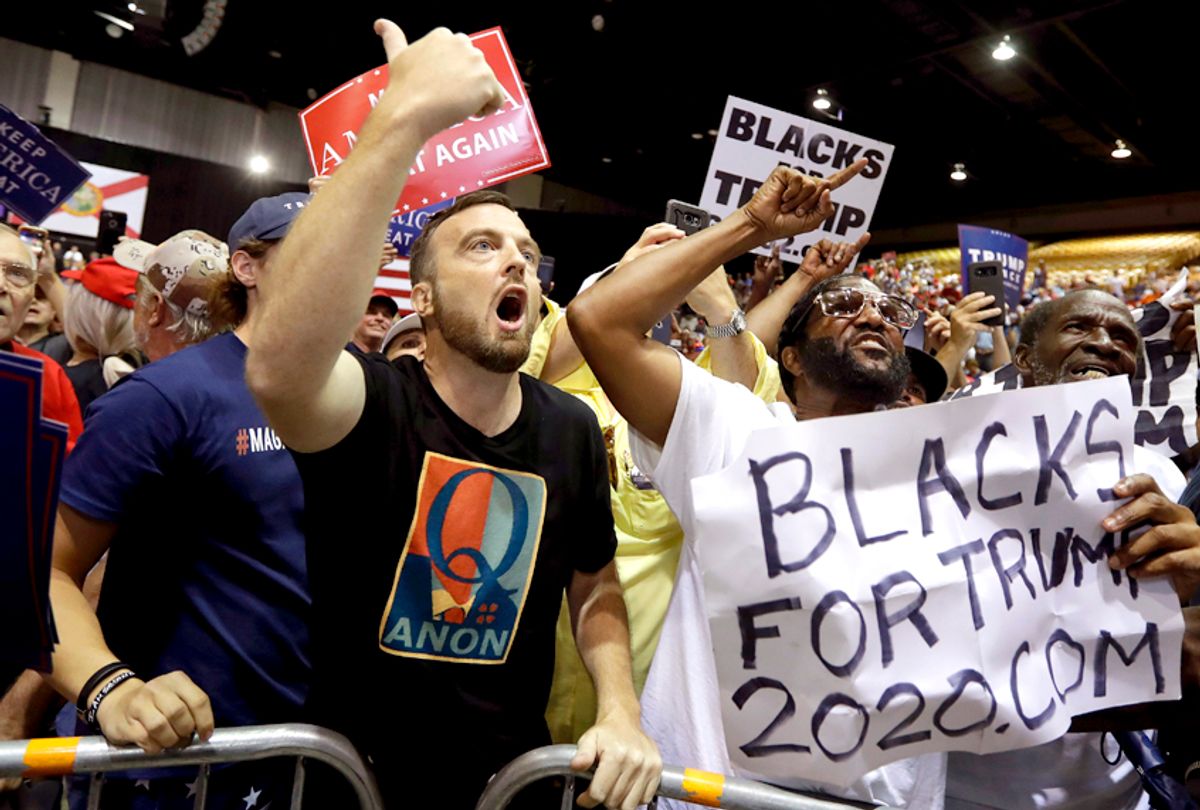 Is “QAnon” — the self-purported government insider who is revealing President Donald Trump’s supposed plans to blow the lid off of a global pedophile ring — actually just an elaborate prank being played on gullible Trump supporters?

BuzzFeed News reporter Ryan Broderick has done a good deal of detective work and has put together some compelling evidence that QAnon may have been created by left-wing pranksters as part of a joke conspiracy theory that happened to succeed beyond their wildest expectations.

In particular, Broderick points out that the QAnon conspiracy theory bears some striking similarities to the plot of a novel called “Q” that was written by a group of Italian leftists going under the name of “Luther Blissett” back in the late 1990s.

In fact, the similarities between the two are so strong that three of the authors of the book — Roberto Bui, Giovanni Cattabriga and Federico Guglielmi — tell Broderick that they would not be surprised if someone used their book as the inspiration for the QAnon conspiracy.

“Coincidences are hard to ignore,” they tell him. “Dispatches signed ‘Q’ allegedly coming from some dark meanders of top state power, exactly like in our book.”

The authors then point out that the book was something of an underground hit among members of the anarchist anti-globalization movement that protested against the World Trade Organization and International Monetary Fund in the late ’90s — which increases the chances, in their view, that QAnon is a leftist prank.

However, the authors warn Broderick that this prank may nonetheless have taken off a life of its own that its creators can no longer control — and they worry that, even if the prank’s creators reveal the entire conspiracy theory as a hoax, its followers simply won’t believe them.

“If [QAnon’s] perpetrators claimed responsibility for it and showed some evidence (for example, unmistakeable references to our book and the Luther Blissett Project), would the explanation itself become yet another part of the narrative, or would it generate a new narrative encompassing and defusing the previous one?” they wonder to Broderick.

Broderick also notes that this conspiracy theory seems to have opened up a schism within the Trump movement, as many younger Trump supporters have been skeptical of the conspiracy theory — even as “QAnon supporters are, on the whole, usually a bit older than your typical far-right internet troll.”

In fact, he writes that some younger 4Chan members have taken to mocking older QAnon believers who have fallen for the conspiracy theory that sprang from their own website.