About half of the entire private-sector workforce have no employer-sponsored retirement plan. That's a problem 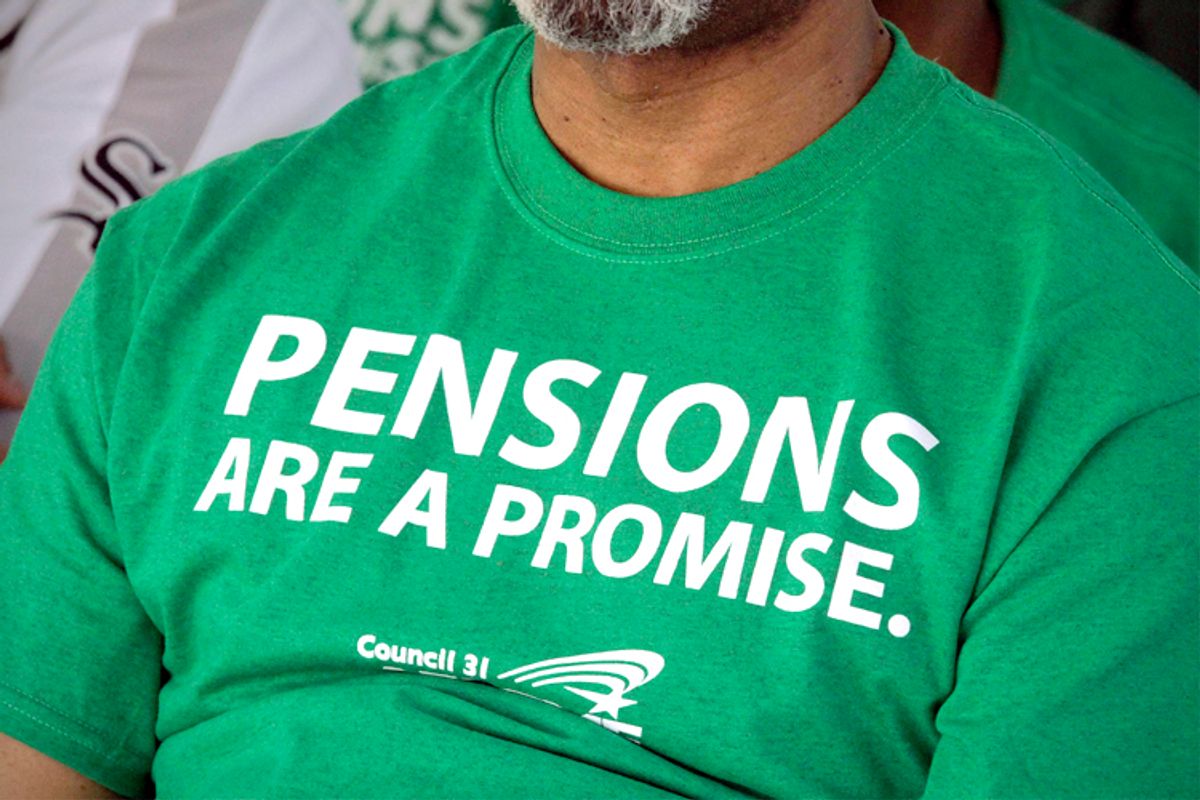 American Federation of State County and Municipal Employees union member wears their protest message on his shirt while rallying against the proposed pension legislation in Springfield, Ill. (AP/Seth Perlman)
--

55 million Americans — about half of the entire private-sector workforce — have no employer-sponsored retirement plan at all. Many work for small businesses in the low-wage service and hospitality sectors. If they don’t save money independently, they will have nothing when they stop working.

This is very different from four decades ago when most workers retired with a company pension.

The good news is that several states – including Oregon, California, Illinois, Connecticut, and Maryland — now let such workers put money away in state-sponsored retirement plans that allow them to withdraw their accumulated savings, tax free, when they hit retirement.

The bad news is that the investment industry is aggressively seeking to block these plans, fearing the competition.

That’s because the fees charged by most state retirement plans are capped at around 1 percent – much lower than the fees of similar plans operated by banks and investment companies. And state fees are expected to drop even lower as more workers enroll.

If each of America’s 40 million retirees saved on average $50,000 in the state program, they’d have an additional $20 billion in the first year. That’s $20 billion more in the pockets of retirees, not financial institutions.

Right now, the industry’s efforts appear to be winning.

Republicans in Congress – backed by the U.S. Chamber of Commerce and a coalition of Wall Street investment firms – are seeking to block states from implementing these plans at all.

Investment and insurance companies are also spending like mad on election campaigns of friendly state legislators and threatening lawsuits. Which is why many proposed state-run retirement plans are languishing in statehouses around the country.

Folks, the anger and frustration that led to Trump continues to simmer. If we allow the moneyed interests to block common-sense reforms like this, in future years, America could face an even worse fate than Trump.