More Republicans in the news? That’s not media bias

What does it meant that GOP politicians get 2.5 more mentions than Dems? Probably not what you think, experts say 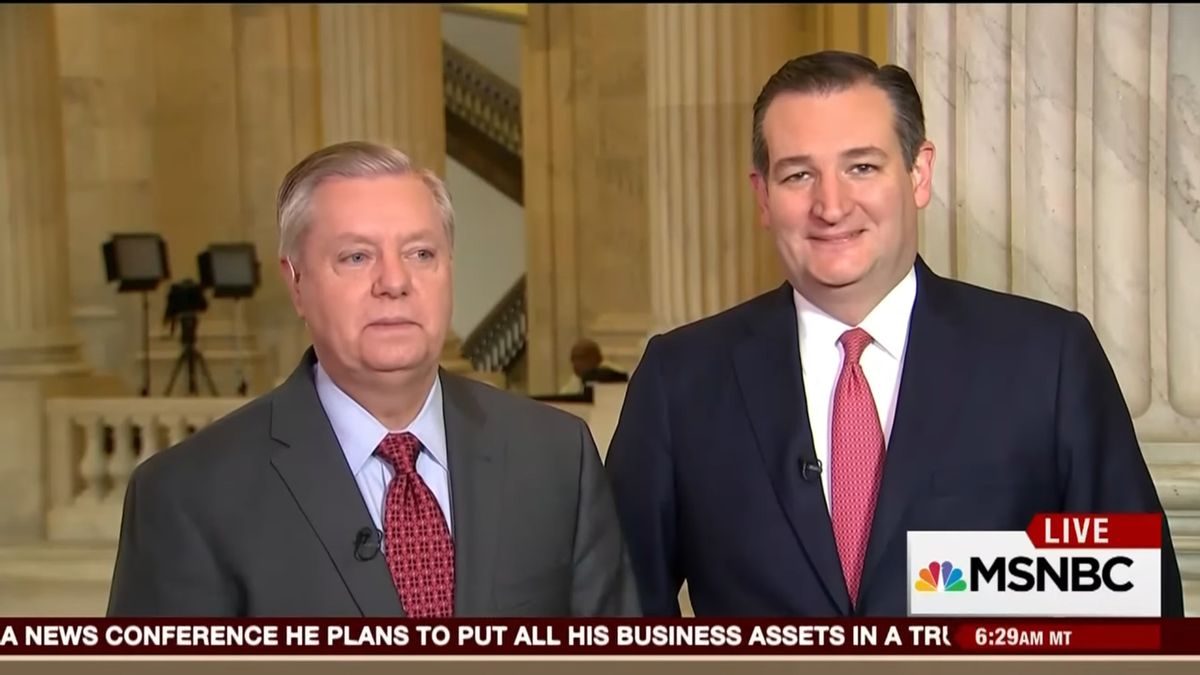 A July 20 report, analyzing news content from The New York Times and The Washington Post, found that Republican politicians get roughly 2.5 times as many mentions as Democrats.

The report, produced by a progressive nonprofit Media Matters, was shared widely on social media. Many readers interpreted its findings as evidence of media bias.

But does the report really tell us that much? I am a researcher studying political communication and I have examined the last 40 years of U.S. political coverage in great detail. It’s unsurprising that, in a time when Republicans dominate politically, they also dominate in political news coverage.

Media bias is an animating topic in American politics. In a 2017 poll, 45 percent of Americans surveyed said that they saw a great deal of bias in the news media.

A common rallying cry among conservatives is that the media have a liberal bias. Surveys repeatedly show the overwhelming proportion of reporters identify as Democrats, which further reinforces the perception among conservative Americans that reporters are biased against them.

At the same time, many liberals view the media as biased towards conservatives, believing that the corporate media is subordinate to the corporate elites. This is seen as especially true in the media environment that’s heavily consolidated among a handful of powerful corporate actors.

In short, many on both ends of the political spectrum view the media as biased against their political side. In fact, the majority of Americans cannot name a single news outlet that they believe reports the news objectively.

Despite these widespread beliefs, academics are unable to agree on whether the media are, in fact, biased.

Studies on media bias take different approaches. Some studies simply compare differences in coverage tone or volume across different presidential administrations. Another approach looks for bias in newspaper endorsements of politicians. More sophisticated attempts try to score an outlet’s slant by looking at the number of citations of left-wing and right-wing think tanks or loaded political phrases associated with the Democratic or Republican Party. Taken together, however, these studies produced mixed results.

One of the reasons that it’s so difficult to measure bias is that researchers struggle to establish a baseline of what the unbiased coverage should look like. Take a recent example, when the GOP complained on Twitter that 92 percent of immigration news coverage related to President Donald Trump’s policies is negative.

That number, on its own, doesn’t indicate bias, since we don’t know what the media coverage would look like in the same circumstances, but with a Democrat in the White House. If a Democratic president imposed similar immigration policies and the resulting coverage was more positive, that would indicate political bias.

Since such examples are so difficult to come by, media bias scholars must continue to search for best ways to measure that concept.

So, does the Media Matters report — which demonstrates that the mainstream newspapers cited 2.5 times as many Republicans than Democrats in May and June of this year — really show media bias?

There are several reasons why that proposition might not be true. Republicans currently dominate all levels of government. In addition to the White House, the House of Representatives and the Senate, the GOP controls 33 state governorships and 31 state legislatures. As a consequence, they are more likely to appear in the news simply by being in more positions of power.

Furthermore, journalists gather news according to ease of access and force of habit, meaning that they tend to rely on easily accessible politicians for their stories. The end result is that the news coverage tends to reflect the political balance of power. So it’s very likely that the media make references to more Democrats while Democrats are in power, and more Republicans when Republicans are in power.

In my doctoral dissertation, I examined over 170,000 news stories from The New York Times and Washington Post, like the original report, but over a much longer period of time. I looked at coverage of 10 different issues, ranging from immigration reform to climate change, of all politicians from both parties. For the sake of simplicity, I broke it down by presidency, since the actual balance of power is often more complicated to determine.