The government officially acknowledged 64 deaths. Now, it admits that more than 1,427 people died in the aftermath 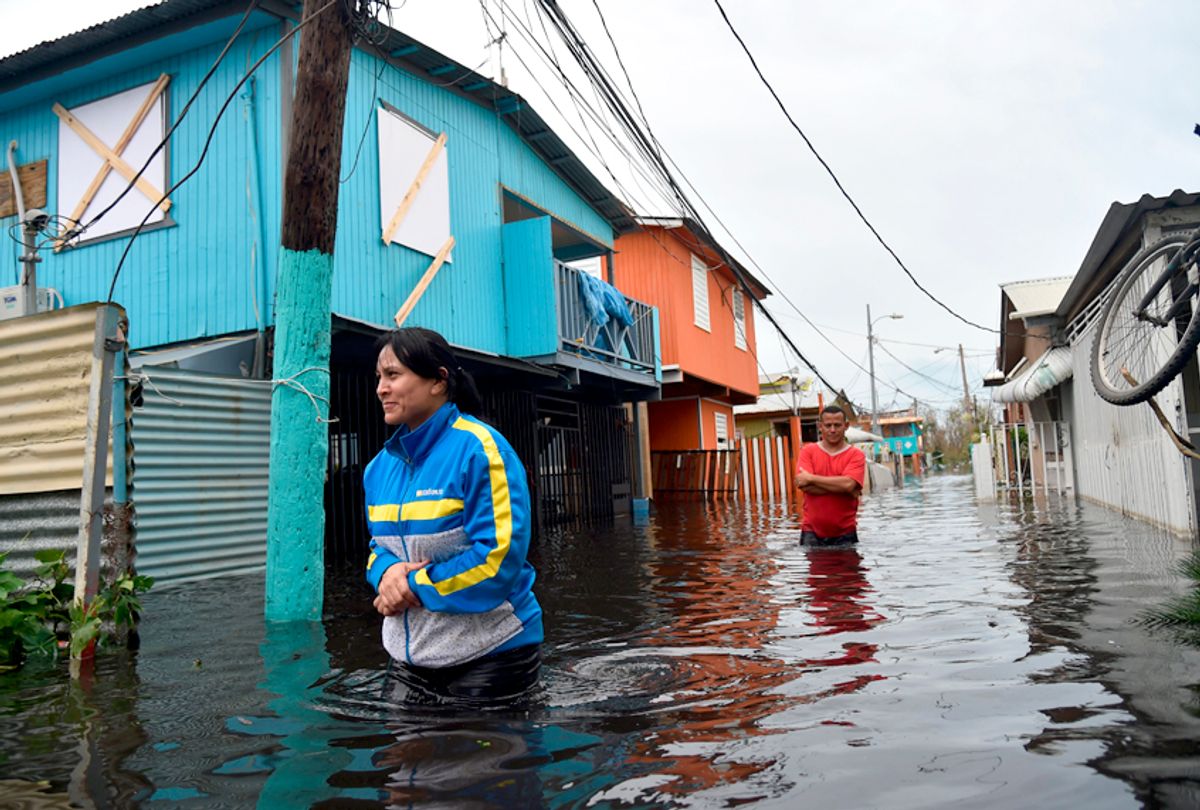 The government of Puerto Rico has quietly acknowledged in a July report posted online that the death toll of Hurricane Maria — a subject of significant controversy — may be 20 times higher than its official estimate of 64. According to the report, more than 1,427 people died in the storm's aftermath.

Hurricane Maria made landfall on the island nearly one year ago on Sept. 20, knocking out power to the island home of 3.5 million people and initially killing about a dozen people. The government's official count eventually increased to 64, as others died from suicide, bacterial diseases and a lack of access to health care and services, including electricity.

That figure has not yet been updated, despite several academic assessments that assert that the official death counts does not come close to the actual one. However, in a draft of a $139 billion recovery plan being submitted to Congress, the Puerto Rican government has admitted that more than 1,400 people died in the last four months of 2017.

"We understand that the number is higher," Carlos Mercader, executive director of the Puerto Rico Federal Affairs Administration, told CNN. "We didn't commission the study to prove there were 64 (deaths). We wanted a scientific and epidemiological study that would give us light, not only on the number — we know the number is higher — but the reasons why this happened."

The government has come under intense scrutiny for undercounting the number of people who died on the island in the storm's aftermath. After a New York Times analysis in December revealed that even the preliminary data from the Demographic Registry of Puerto Rico indicated that hurricane-related deaths may have soared to 1,052, Gov. Ricardo Rosselló commissioned a study from George Washington University's school of public health. That report is expected to be released later this month.

"We definitely acknowledge this is a realistic estimate," Pedro Cerame, a spokesman for the Puerto Rican government's Federal Affairs Administration, said to the New York Times about the numbers in the upcoming report to Congress. "We don't want to say it out loud or publicize it as an official number. The official number will come, and it could be close. But, until we see the study and have the accuracy, we won’t be able to recognize the number as official."

Cerame admitted to the outlet that the final version claims that additional deaths "may or may not be attributable" to the storm.

"I want to emphasize, though, that we have always expected the number to be higher," Cerame told the newspaper. "The estimate provided was done using data from the Demographic Registry, which was made available to the members of the media."

The official death count has not been updated, he said, because officials are waiting for the results of the George Washington University study to provide certainty. "Once GW's study is out, the number will be updated," he said.

In May, a study conducted by Harvard University and published in the New England Journal of Medicine concluded that at least 4,645 people died in Puerto Rico due to Hurricane Maria — a far cry from the death toll projected by President Donald Trump in October.

The Harvard estimate was based on surveys of 3,299 households in Puerto Rico, in which residents were asked about deaths in their homes after Hurricane Maria.

After Puerto Rico's Governor Rosselló added that only 16 people were known to have died, Trump ran with it.

Carlos Mercader, executive director of the Puerto Rico Federal Affairs Administration, criticized the Harvard study at the time. Referring to the estimate that 4,645 people may have died after Maria, Mercader told CNN, "We all know that's impossible, that that couldn't happen. We have the data. You all know that is an exaggeration."