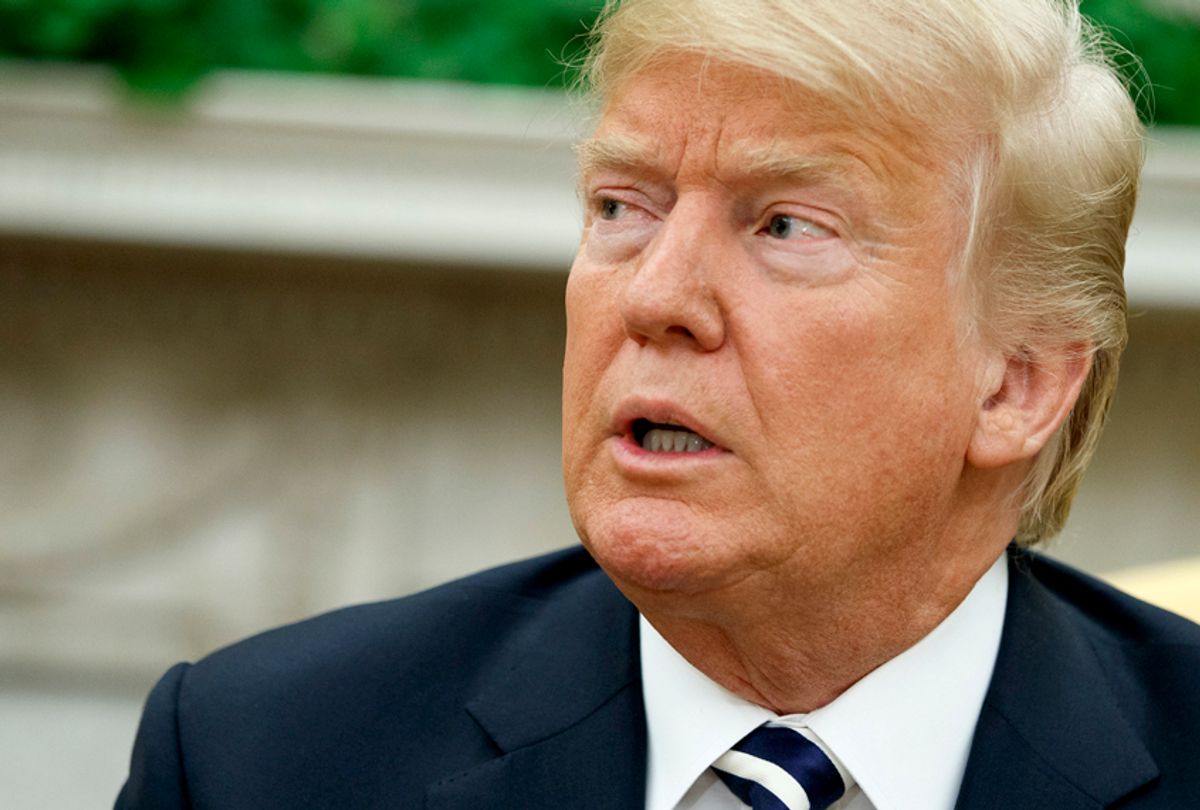 What’s the most worrisome foreign intrusion into the United States – unauthorized immigrants, Chinese imports, or interference in our democracy?

For Trump, it’s immigrants and imports. He doesn’t care much about the third.

“Border security is national security,” Trump said last week, as he threatened a government shutdown if Congress didn’t come up with money to build a wall along the Mexican border (at an estimated cost at least $25 billion).

Yet Trump continues to assert that talk of Russian meddling in American elections is “a big hoax.” And his White House still has no coordinated plan for dealing with it.

Trump has it backwards.

Illegal immigration isn’t the problem he makes it out to be. Illegal border crossings have been declining for years.

And if the Chinese want to continue to send us cheap imports that we pay for with U.S. dollars and our own IOUs, that’s as much of a potential problem for them as it is for us.

But Russian attacks on our democracy are a clear and present threat aimed at the heart of America.

Facebook recently announced it uncovered a major disinformation campaign with the hallmarks of the same Kremlin-linked Internet Research Agency responsible for election interference in 2016.

Trump’s own Department of Homeland Security found that in that 2016 election, Russian hackers tried to breach election systems in at least 21 states, likely scanned systems in all 50 states, stole the private information of hundreds of thousands of people, and infiltrated a company that supplies voting software across the nation. These findings led to the July indictment of 12 Russian Intelligence Officers.

Russian hackers are likely planning the same sort of intervention in this November’s midterm elections. Kirstjen Nielsen, Secretary of Homeland Security, worries about Russia’s ongoing “willingness and a capability” to hack into the American election infrastructure, including voter rolls and voting machines.

FBI Director Christopher Wray warns that “Russia … continues to engage in malign influence operations to this day.” Dan Coats, Director of National Intelligence, says “Russians are looking for every opportunity … to continue their pervasive efforts to undermine our fundamental values.”

Trump himself has admitted that his campaign aides met with Kremlin-linked Russian nationals on June 9, 2016 “to get information on” Hillary Clinton – even though federal law prohibits soliciting help from foreign nationals in connection with a federal election.

Russia isn’t the only foreign danger to our democracy.

The trial of Paul Manafort, Trump’s former campaign chairman, reveals another. It shows that Manafort hired a small army of American lawyers and lobbyists from both parties to influence U.S. lawmakers on behalf of Kremlin-connected former Ukrainian strongman, Viktor F. Yanukovych,

A similar kind of laundered bribe from abroad occurred recently after the Chinese telecom giant ZTE was caught red-handed violating international sanctions on Iran. When the Commerce Department imposed penalties on the firm, ZTE hired the big Washington firm Hogan Lovells – which got Trump to lift the sanctions.

The timing was curious. Just before Trump came to ZTE’s rescue, Chinese state enterprises agreed to give $500 million in loans to a project in Indonesia that included Trump-branded hotels, residences and golf courses – funneling millions of dollars into Trump’s pockets.

When Congress threatened to reinstate the penalties on ZTE nonetheless, Hogan Lovells turned its sights on lawmakers. The firm’s political action committee made fat donations to legislators who had the power to reduce the penalties.

The Trump administration is also ending the requirement that nonprofit groups that engage in political activity disclose the names of their large donors – another loophole through which foreign money can stream in to influence American politics.

All this raises the fundamental question of what we mean by national security.

Yes, our borders should be secure, and, yes, our trading partners should play fair.

But the essence of America – the attribute we must hold most secure because it defines who we are and what we strive for – is a system of government “of the people, by the people, for the people,” as Lincoln put it.

If Putin or a Kremlin-connected Ukrainian strongman or even a giant Chinese company undermines this, they rob us of our most precious legacy.

Trump cares more about unauthorized immigrants and Chinese imports than about the sanctity of our democracy. This is a tragic mistake.