The protest organizers said 100-400 white nationalists would be assembling, but only about 50 showed up 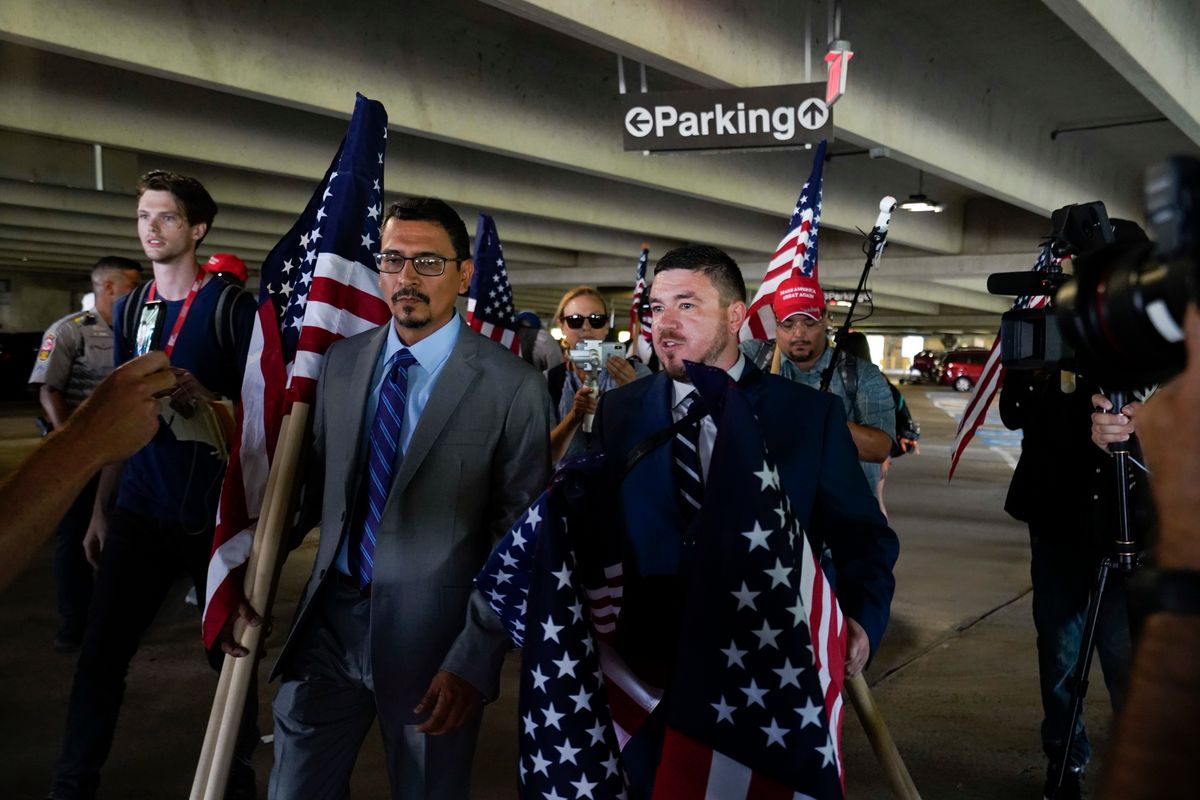 All of Washington braced this week for the "Unite the Right" rally. No one wanted to relive the terror that was seen in Charlottesville, Virginia last year.

Fortunately for the residents of nation's capitol, the white nationalists hosting the rally saw low turnout. Jason Kessler, the white supremacist who organized the rally, filled out a permit to register the protest and indicated 100 to 400 people would be attending his rally.

Less than 50 people attended, according to reporters in Washington.

Here’s the small Unite the Right contingent. Saw a little trash thrown at them but otherwise not seeing violence. pic.twitter.com/rUZErnrXz2

This is the “Unite the Right”’rally crowd. All of them. pic.twitter.com/flgi9jqZQ2

a few white supremacists are now heckling the hundreds of counter protesters and flashing signs and flags at them. "Nazis go home!" is the response chant pic.twitter.com/j4IPHyCEA7

The real story in Washington was the sheer numbers of counterprotesters that assembled to fight the white nationalists' message. Reports indicated that over 1,000 people, from communists and socialists to those who lean just to the left of center, came out to protest the "Unite the Right" rally.

Their presence may have deterred some white nationalists from coming out. According to "Unite the Right" attendees, some people were "too afraid" to attend the rally.

#UniteTheRight members say people were too afraid to come out today for the rally. #ShutItDownDC pic.twitter.com/1mOh0WVD7Q

They also might have been too embarrassed. Many people on Twitter mocked the "Unite the Right" participants and were delighted that the white nationalists were grossly outnumbered by the leftists.

Looks like there are more reporters at this rally than there are participants. https://t.co/J7mOSz7qRJ