The son of Rep. Bob Goodlatte of Virginia is hoping to help paint Virginia blue in November and flip his district 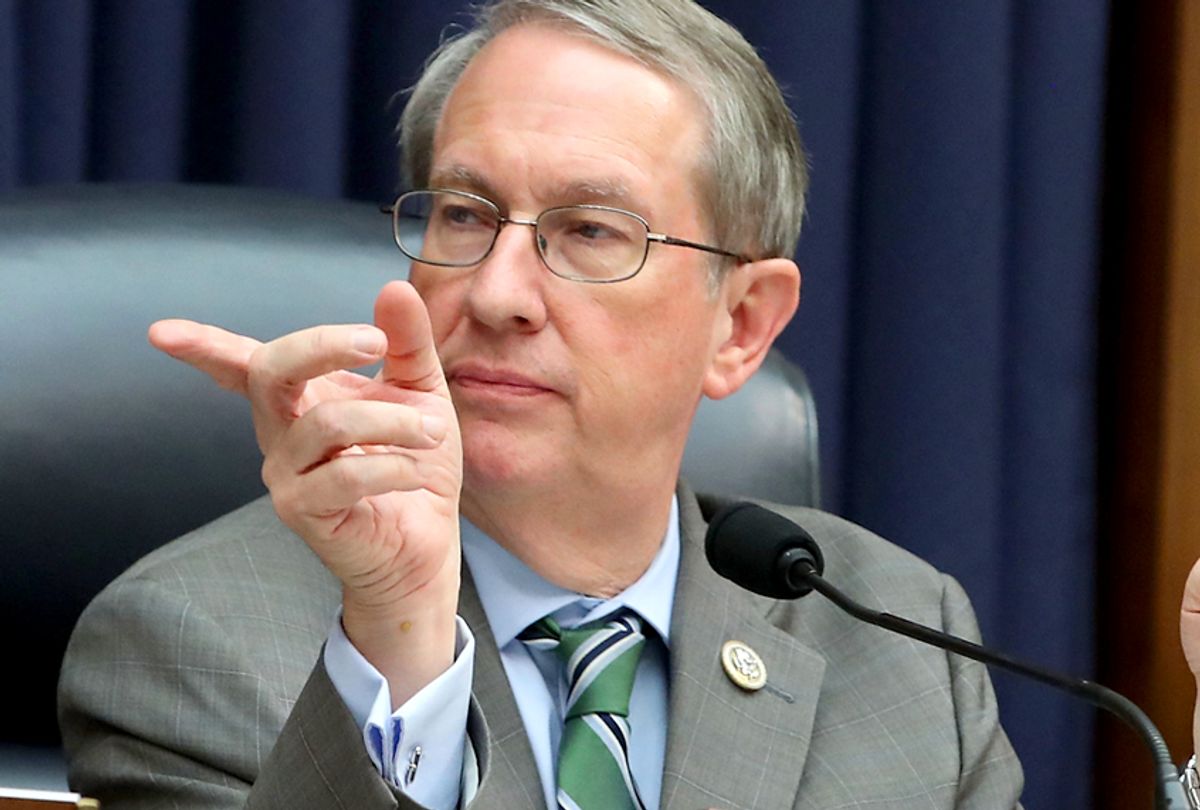 Bobby Goodlatte, the son of top House Republican Rep. Bob Goodlatte of Virginia, announced Sunday that he was supporting the Democratic candidate vying for his father's seat.

"I just gave the maximum allowed donation to Jennifer Lewis, a democrat running for my father's congressional seat," the younger Goodlatte, a product designer and angel investor in several technology companies, wrote on Twitter. "I've also gotten 5 other folks to commit to donate the max. 2018 is the year to flip districts — let's do this!"

Bobby Goodlatte's father has represented Virginia's 6th congressional district since 1993 and chairs the House Judiciary Committee. He announced in November 2017 that he would not seek re-election. The 65-year-old congressman is one of a long list of Republican lawmakers set to retire from Congress this election cycle.

Lewis is "a mental health worker, community advocate, and leader in the fight against the Atlantic Coast Pipeline," according to her campaign website. She supports "Medicare for all," tuition-free public colleges and universities, raising the minimum wage to $15-per-hour, legalizing marijuana, tougher bank regulations and an end to corporate "personhood."

She is running against state delegate Ben Cline, a staunchly anti-abortion Trump supporter and former aide to Rep. Goodlatte. The Republican frontrunner has a good shot at securing Goodlatte's open seat in the solidly-red district. However, the Cook Political Report currently considers the race to be a "Republican toss-up."

Responding to a comment on Twitter about his decision to back Lewis, Bobby Goodlatte wrote that it "certainly wasn't an easy decision." "Let's vote his successor out," he said in another tweet.

Virginians will head to the polls to decide the fate of both candidates in November.