Earlier, she shared audio of Trump campaign staffers discussing an alleged tape of the president using the "N-word" 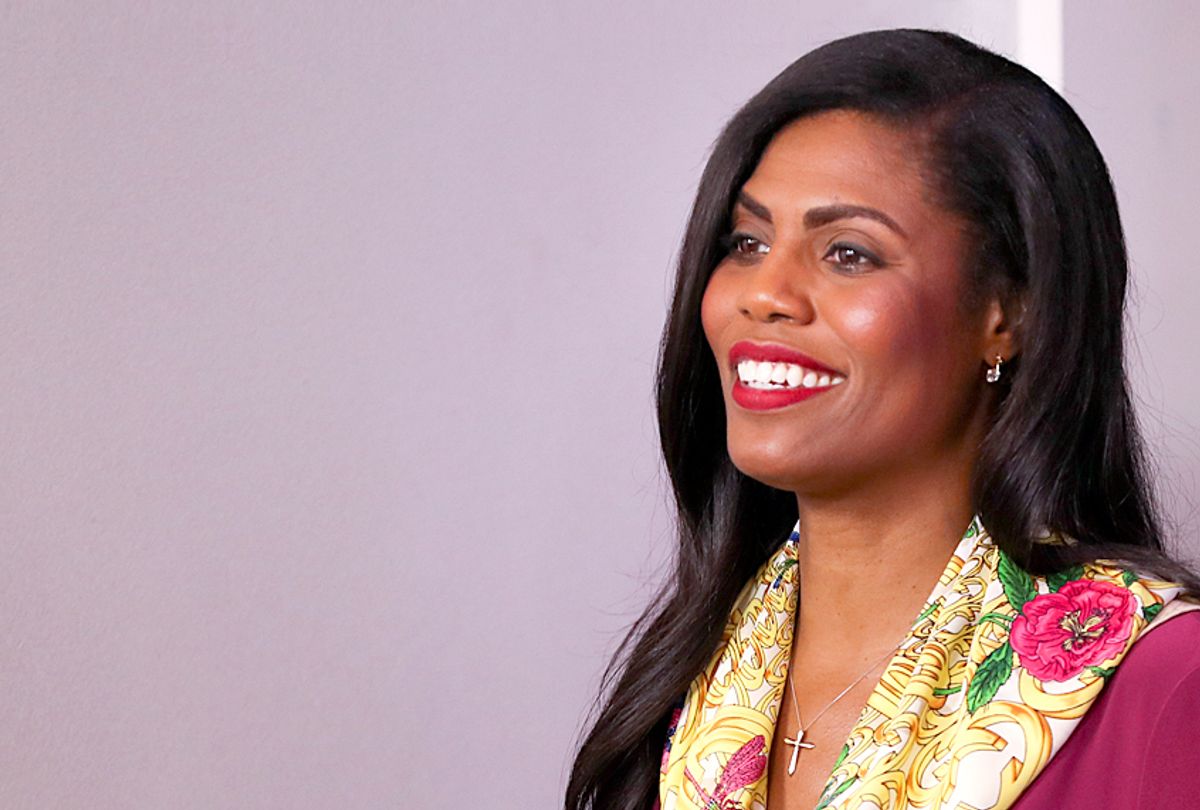 "Donald J. Trump for President Inc. has filed an arbitration assault against Manigault-Newman with the American Arbitration Association in New York City, for breach of her 2016 confidentiality agreement with the Trump Campaign," a senior administration official wrote in a statement to ABC News. "President Trump is well known for giving people opportunities to advance their careers and lives over the decades, but wrong is wrong, and a direct violation of an agreement must be addressed and the violator must be held accountable."

Trump blasted Manigaut-Newman on Twitter Tuesday morning, calling the former West Wing staffer a "dog" after after she released an audio recording of several Trump campaign staffers discussing the fallout should an alleged tape surface in which Manigaut-Newman claims Trump can be heard uttering the "N-word."

Manigault-Newman, who is promoting her new book "Unhinged: An Insider's Account of the Trump White House," released the tape to CBS News. She identified the three Trump campaign staffers as Katrina Pierson, a spokeswoman for the campaign; Lynne Patton, an assistant to Trump's son, Eric; and Jason Miller, chief spokesman for the campaign.

While making the media rounds to tout her new book, Manigault-Newman has claimed that she had heard a recording of Trump using the racial slur "multiple times" while filming "The Apprentice." Trump has vehemently refuted that claim, tweeting on Monday night, "I don't have that word in my vocabulary and never have. She made it up." He blasted Manigault-Newman in another tweet Tuesday morning, writing, "When you give a crazed, crying lowlife a break, and give her a job at the White House, I guess it just didn't work out. Good work by General Kelly for quickly firing that dog!"

But the newly-revealed audio appears to support the former "Apprentice" star's claim that several Trump campaign advisers discussed the possible existence of such a recording during the 2016 presidential campaign. "I am trying to find out at least what context it was used in to help us maybe try to figure out a way to spin it," Pierson can be heard saying in the recording of the 2016 conversation.

The Trump 2020 senior adviser revealed to Fox News on Sunday that Manigault-Newman was the first Trump campaign staffer to mention the alleged outtake from the set of "The Apprentice," in which Trump can supposedly be heard using the racist slur. She said neither Miller nor Patton have any "idea what she's talking about."

Manigault-Newman said she had not personally heard the recording of Trump using the slur before "Unhinged" had gone to press. "I had an opportunity to fly out to California, and the person allowed me to hear it," she told CBS News. "Had I heard it while working in the White House, I would have left immediately."

Tuesday's release is the third and latest recording Managault-Newman has shared in the days leading up to her book's Tuesday publication. On Sunday, she disclosed a tape of White House chief of staff John Kelly firing her, and on Monday she shared an audio recording of a private conversation she had with President Trump last year, in which the commander-in-chief seems unaware she had been fired from her top position at the White House.

When pressed by CBS' Gayle King about why she surreptitiously taped the conversation with Trump's campaign staffers, Manigault-Newman answered "because the truth matters." "If I didn't have this tape, you all would probably be wondering if in fact they did talk about it," she continued. Manigault-Newman also indicated that every quotes in her memoir can be "verified, corroborated and is well-documented."

King told the former White House aide that her slow release of secretly-recorded audio feels like a form "blackmail." "I'm not asking for anything," Manigault-Newman responded. "I'm telling my story."

She also shut down rumors that she was ever romantically involved with Trump on Tuesday. "That's a charge that's launched against successful women to kind of degrade them and undermine their success," she told CBS. "I'm very well-educated. I have incredible experience, and I have never had to leverage sex to get anywhere I needed to go."

Swiftly after her "CBS This Morning" appearance, the president launched an offense, praising Kelly for "quickly firing that dog," and denouncing the former West Wing staffer as a "crazed, crying lowlife." Trump's Tuesday morning tweet was the latest in a series slamming the former reality TV star.

Manigault-Newman had been dismissed from her post as director of communications at the Office of Public Liaison in December after less than a year on the job. Multiple news outlets reported at the time that the former West Wing staffer had been physically escorted off White House grounds after she tried to storm Trump's residence in response to hearing she had been fired. In recent days, the White House has sought to dismiss her as a "disgruntled" former employee.