Cause of death of the singer of iconic songs like “Respect” was pancreatic cancer, according to her representative 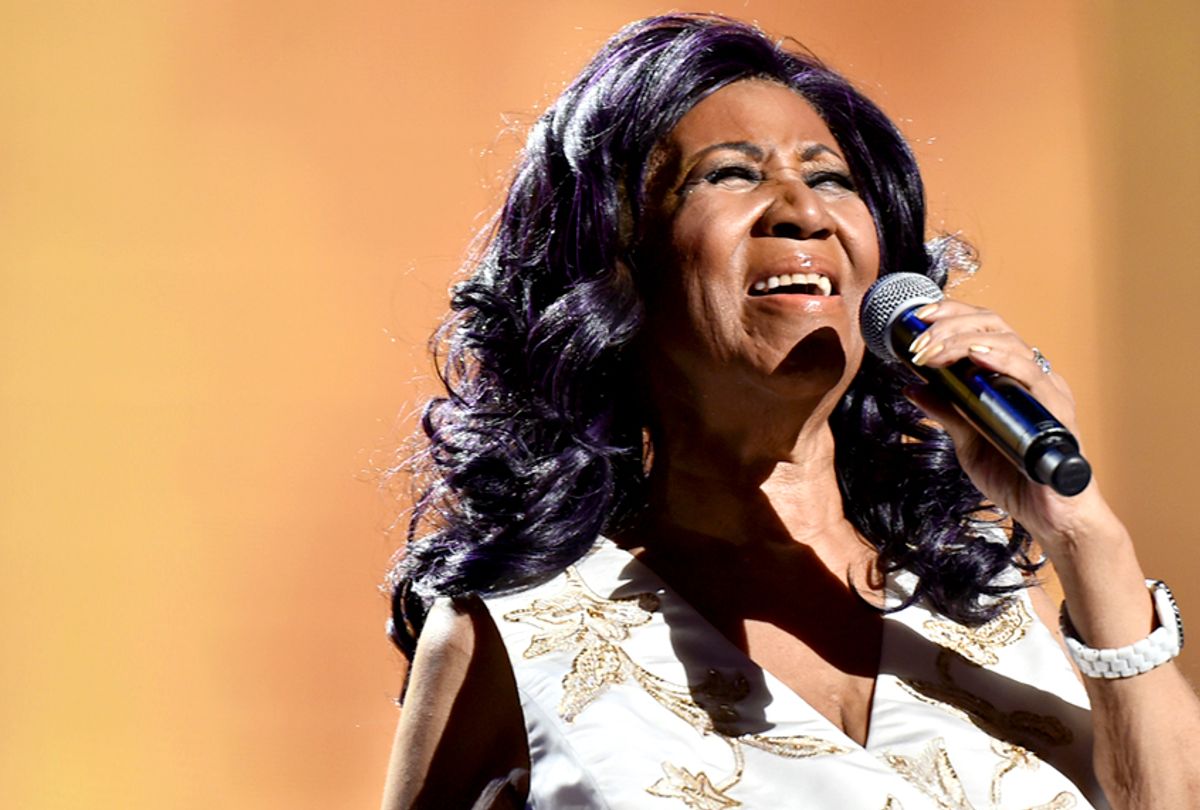 Aretha Franklin, the legendary, 18-time Grammy Award-winning "Queen of Soul," died Thursday in Detroit at age 76. She was surrounded by family and loved ones.

The cause of death of the singer of iconic songs like "Respect" and "(You Make Me Feel Like) A Natural Woman" was advanced pancreatic cancer, according to her representative, Gwendolyn Quinn.

"In one of the darkest moments of our lives, we are not able to find the appropriate words to express the pain in our heart," Quinn wrote in a statement issued by Franklin's family. "We have lost the matriarch and rock of our family. The love she had for her children, grandchildren, nieces, nephews, and cousins knew no bounds."

Funeral arrangements for the music icon will be announced in the coming days.

A friend of Franklin, journalist Roland Martin, shared a photo of the singer at her birthday party in 2016 to social media along with a message, in which he seemed to confirm the singer's condition.

"Many of you are asking me to confirm the health status of Aretha Franklin. Folks, I've known for several months," Martin tweeted Monday. "The Queen is surrounded by loved ones. That's all I will say for now. Please keep her, the family and her longtime support staff in your prayers."

"I am so saddened to report that the Queen of Soul and my good friend, Aretha Franklin is gravely ill," tweeted WDIV Local 4 news anchor Evrod Cassimy. "I spoke with her family members this evening. She is asking for your prayers at this time. I'll have more details as I'm allowed to release."

Cassimy disclosed Monday that the 18-time Grammy Award winner was alert and talking. He tweeted, "Just got a chance to speak to Aretha Franklin. She is resting and surrounded by close friends and family."

TMZ reported that another source close to the "Respect" singer was told a week ago, "Prepare yourself, she's dying," and that her weight was down to 86 pounds. According to the outlet, friends in the singer's inner circle were told two weeks ago that "she could go anytime."

Another source, who, according to TMZ, was close to the singer for decades, told the outlet that the Queen of Soul has been battling cancer, a rumor that Franklin dogged for many years and had never publicly addressed.

In 2011, when stories surfaced that Franklin was fighting pancreatic cancer, the singer declined to address the rumors, telling Jet: "I am not one to do a lot of talking about my personal health or business. Not too much, not too much. There are a lot of people who will talk about anything, as long as there is somebody listening. But I am not one of those people. That's not Aretha. I am not going to even deal with that. I don't have to talk about my health with anybody other than my doctors. The problem has been resolved."

The music legend was forced to cancel scheduled performances in March and April of this year due to doctor's orders.

"Aretha Franklin has been ordered by her doctor to stay off the road and rest completely for at least the next two months," Franklin's management said in a statement at the time, according to Rolling Stone.

In February of last year, Franklin announced that she was retiring from music. "I will be recording, but this will be my last year in concert. This is it," the singer told a Detroit TV station. The Queen of Soul indicted that she's not fully ready to hang up her crown, adding that she would return to the stage for "some select things."

In December of 2010, news that Franklin was headed to the hospital to undergo surgery sparked a prayer vigil in her hometown of Detroit. The reason for the surgery was not revealed. "Only the night before (the surgery), Franklin was nominated for another Grammy, this time for her duet with Ron Isley, 'You've Got a Friend,'" People Magazine noted.

As Franklin was recovering at home after the surgery, doctors called the procedure "highly successful" and Franklin's team said the singer is "happy to be at home." In January 2011, the music legend declared the health problem "resolved."

Franklin, one of the most celebrated singers in American history, was bestowed the Presidential Medal of Freedom by former President George W. Bush. She earned 44 Grammy Award nominations and 18 wins, including the Grammy Lifetime Achievement Award and the National Medal of Arts, and she was the first woman to be inducted into the Rock & Roll Hall of Fame.

The accomplished American singer performed for queens, popes and presidents, and once moved President Barack Obama to tears over her show-stopping performance of one of her all-time greatest records, "(You Make me Feel Like) A Natural Woman" at the 2015 Kennedy Center Honors.

Franklin also sang at the funerals of Dr. Martin Luther King, Jr. and Mahalia Jackson. She had more than 20 No. 1 singles spanning four decades and was the youngest artist to receive the prestigious Kennedy Center Honors.

"The breadth of her accomplishments makes it seem inadequate to simply declare her the greatest singer of our time. She is Lady Soul; she is blues personified; she sings the gospel from a place so deep an unbeliever will feel the presence of the divine," wrote music journalist Caryn Rose, who penned a chapter on Franklin for the forthcoming book, "WOMEN WHO ROCK: Bessie to Beyoncé, Girl Groups to Riot Grrrl."