"Colorado has renewed its war against him by embarking on another attempt to prosecute him," the complaint alleges 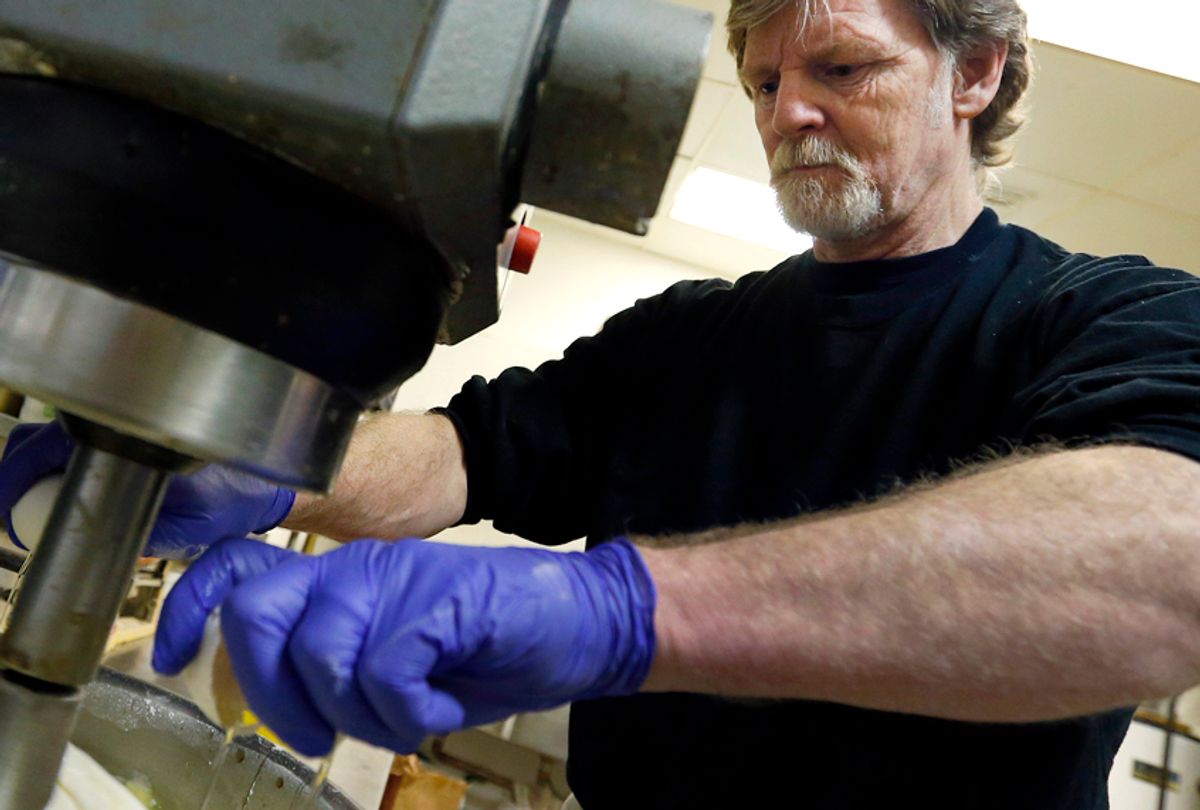 Several months after winning a Supreme Court case regarding his decision to decline to make a wedding cake for a same-sex couple, the anti-LGBTQ baker Jack Phillips is gearing up for another legal battle.

The owner of Masterpiece Cakeshop in Lakewood, Colorado, filed another federal lawsuit Tuesday against the state, claiming it had violated his rights to freedom of religion and speech over his refusal to bake a cake for a transgender woman.

"After Phillips defended himself all the way to the U.S. Supreme Court and won, he thought Colorado's hostility toward his faith was over," the lawsuit states. "He was wrong."

"Colorado has renewed its war against him by embarking on another attempt to prosecute him, in direct conflict with the Supreme Court's ruling in his favor," the complaint continues. "This lawsuit is necessary to stop Colorado's continuing persecution of Phillips."

The new litigation focuses on Autumn Scardina's request for a cake from Phillips' Masterpiece Cakeshop in June 2017 that was to be blue on the outside and pink on the inside in order to celebrate the event of her coming out as a transgender woman. According to the lawsuit, Phillips declined to make the cake, saying: "It would have celebrated messages contrary to his religious belief that sex ― the status of being male or female ― is given by God, is biologically determined."

Scardina filed a lawsuit with the state Civil Rights Commission, alleging discrimination based on her sex. In a decision issued June 28, several weeks after the Supreme Court narrowly ruled in Phillips' favor in Masterpiece Cakeshop v. Colorado Civil Rights Commission, the commission found probable cause that Phillips had discriminated against Scardina by refusing to create a cake celebrating her transition.

Phillips' decision, according to the commission, was based on Scardina's transgender status. "A claim of discriminatory denial of full and equal enjoyment of a place of public accommodation has been established," the commission asserts.

Phillips' lawsuit notes his Supreme Court victory in June, in which the nation's highest court held that the Colorado Civil Rights Commission showed hostility toward the baker based on his religious beliefs, in a case involving his refusal to bake a cake for a same-sex couple. In doing so, the Supreme Court ruled, it violated his religious protections guaranteed under the First Amendment of the U.S. Constitution.

"As asserted by the Supreme Court, 'It is unexceptional that Colorado law can protect gay persons, just as it can protect other classes of individuals, in acquiring whatever products and services they choose on the same terms and conditions are offered to other members of the public,'" the commission wrote in its determination.