Paul McCartney and the world mourn Aretha Franklin: "Her greatness . . . will live with us forever"

"Thanks for the beautiful life of Aretha Franklin, the Queen of our souls, who inspires us all" McCartney tweeted 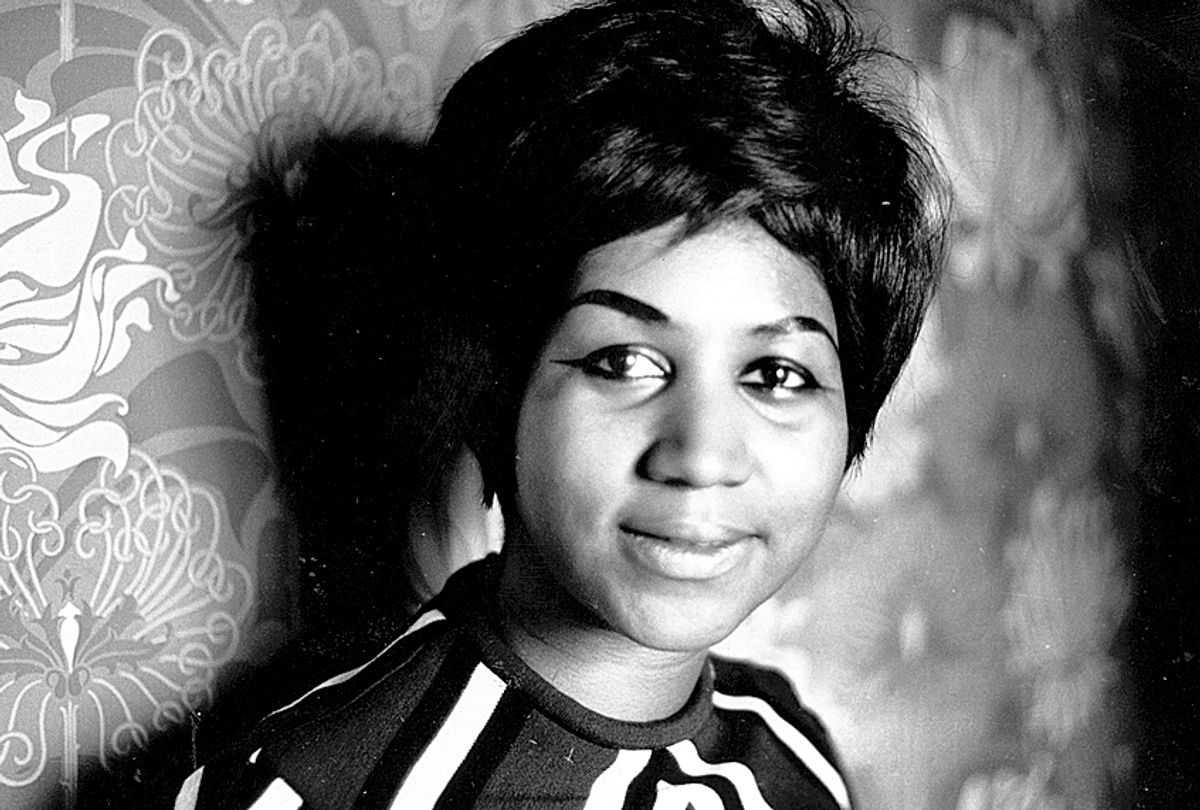 The world lost the "Queen of Soul" Thursday when Aretha Franklin passed away at age 76 from advanced pancreatic cancer. Although her voice has been stilled, Franklin's once-in-a-lifetime instrument will live on forever in her 18 Grammy Award-winning recordings and numerous more legendary performances.

As news of Franklin's death spread across the world, celebrities like Paul McCartney of "The Beatles" and Carole King, and politicians such as former former President Barack Obama and Rep. John Lewis, D-Ga., took to Twitter to mourn the otherworldly soul singer, who not only found success in nearly every musical genre but also in advancing the civil rights of millions of Americans.

As she reflected on her women's rights anthem, "Respect," Franklin once added: "Everyone wants respect, everyone needs respect."

Here is a glimpse at how the world is reacting to the loss of the great musical icon on Twitter:

"Let’s all take a moment to give thanks for the beautiful life of Aretha Franklin, the Queen of our souls, who inspired us all for many many years," Paul McCartney wrote. "She will be missed but the memory of her greatness as a musician and a fine human being will live with us forever."

"Aretha helped define the American experience. In her voice, we could feel our history, all of it and in every shade—our power and our pain, our darkness and our light, our quest for redemption and our hard-won respect," Barack Obama tweeted. "May the Queen of Soul rest in eternal peace."

"Watching Aretha Franklin perform at the White House, and on so many other occasions, made time stand still," former first lady Michelle Obama added. "Barack Obama and I are holding Aretha’s family in our hearts right now. She will forever be our Queen of Soul."

"What a life. What a legacy!" Carole King, who penned the Franklin song "(You Make Me Feel Like) A Natural Woman," said. "So much love, respect and gratitude."

"We have lost one of the great artists of our time. Aretha Franklin was one of God’s precious gifts to the world—one of God’s shining jewels," John Lewis wrote. "She is deeply loved by millions of people as the Queen of Soul. Her voice is still a guiding light to vocalists today."

"I am so saddened to learn of the passing of an American icon. Aretha Franklin was indeed the Queen of Soul. But she was so very much more. She commanded R-E-S-P-E-C-T, deservedly received it and made it possible for others. I was fortunate to know her and she was always exceedingly kind and grateful. It is hard to imagine that that unique, soulful and almost otherworldly voice has been stilled," Eric Holder tweeted. "Aretha Franklin made us feel her work, she moved us. She leaves behind music that is forever attached to memories we all hold so dear. Her artistry served as the soundtrack of our lives. We should all count ourselves as lucky that we lived at a time when God deigned to share one of his true gifts with us. Rest in peace, my Queen."

"Deeply saddened by the passing of a beloved friend and queen/warrior Aretha Franklin. Her contributions are legendary both personally and societally," the Reverend Al Sharpton added. "We hope you take a pause today to remember the life of a beautiful soul.

"Aretha Franklin was the Queen of Soul, and she was also an incredible ambassador for American values and culture," former Secretary of State Madeleine Albright wrote. "In every corner of the globe, Aretha’s voice brought people joy and garnered more R-E-S-P-E-C-T for our country. I was honored to know her and will miss her dearly."

"Aretha Franklin had a powerful voice and sent powerful messages. She inspired a generation of women through her music," Sen. Dianne Feinstein, D-Calif., tweeted. "She was truly a legend and larger than life. She will be missed."

"Deeply sad this morning. Aretha Franklin has left us and her blessed family," actress Goldie Hawn said. "She Lifted up the best angels of our nature. May her legacy of truth, love, hope, and joy live on in all of us."

"The Queen of Soul, Aretha Franklin, left us today - but leaves behind a wealth of amazing performances," Sen. Amy Klobuchar, D-Minn., wrote. "One of my most memorable will be seeing her perform at President Barack Obama's first Inauguration."

"Whether it was Gospel, Blues, Jazz, R&B, Pop, or Civil Rights, Aretha Franklin was the greatest gift and the voice of a generation. She could turn any song into a hymn," Grammy winner Willie Nelson tweeted. "She will be greatly missed here on earth, but that band in heaven just got our Angel Rest In Peace Aretha."

"I send my heartfelt condolences to the family and friends of Aretha Franklin," Paula Abdul said. "My prayers for comfort are with you all. I am so sorry for your loss.

"Aretha Franklin, the Queen of Soul.. A true legend and world icon...the greatest vocalist and entertainer of all time," comedian Steve Harvey wrote. "Aretha paved the way for so many great artists, over 6 decades of music. Thank you for all of your contributions. My condolences and prayers are with the family."

"She made millions feel like natural women, and she earned our everlasting Respect with each performance," the actor and civil rights activist George Takei tweeted. "May Aretha Franklin’s voice ring now throughout the heavens. She truly was the Queen of Soul. Rest In Peace, o great one."

"Aretha the Queen. Aretha Franklin epitomized that fierce black woman soul with just enough touch of pain in her vibrato, to make every human bow down to those precious vocals that only she could produce," supermodel Tyra Banks wrote. "May the heavens above shout with eternal pride, R-E-S-P-E-C-T!"

"Hearing the news of her passing has left me in tears but I’m grateful to God that I got to share this smile with her," the "Orange is the New Black" star Danielle Brooks said. "Thank you Aretha Franklin for leaving such an incredible legacy for generations among generations to stand on. May you Rest In Peace."

Hearing the news of her passing has left me in tears but I’m grateful to God that I got to share this smile with her. Thank you Aretha Franklin for leaving such an incredible legacy for generations among generations to stand on. May you Rest In Peace. 🙏🏾 pic.twitter.com/S9c9po1z3j

The indisputable Queen of Soul, the almighty Aretha Franklin has had hits across four decades, singing soul, gospel, jazz, R&B, funk, pop, rock, opera, show tunes, and standards of the American songbook. She has had more than twenty number-one singles, has won eighteen Grammy awards as well as the Grammy Lifetime Achievement Award, was the first woman to be inducted into the Rock and Roll Hall of Fame, was the youngest artist to be accorded the Kennedy Center Honors, and received the Presidential Medal of Freedom. She performed for queens, popes, and presidents, and sang at the funerals of Dr. Martin Luther King Jr. and Mahalia Jackson. She made Barack Obama cry over her show-stopping performance of one of her all-time greatest records, “(You Make Me Feel Like) A Natural Woman,” at the 2015 Kennedy Center Honors. The breadth of her accomplishments makes it seem inadequate to simply declare her the greatest singer of our time. She is Lady Soul; she is blues personified; she sings the gospel from a place so deep an unbeliever will feel the presence of the divine.

You can read Rose's full retrospective of Franklin's life on Salon by clicking here.