QAnon: Why we have the CIA partly to thank for the craziest conspiracy theory yet 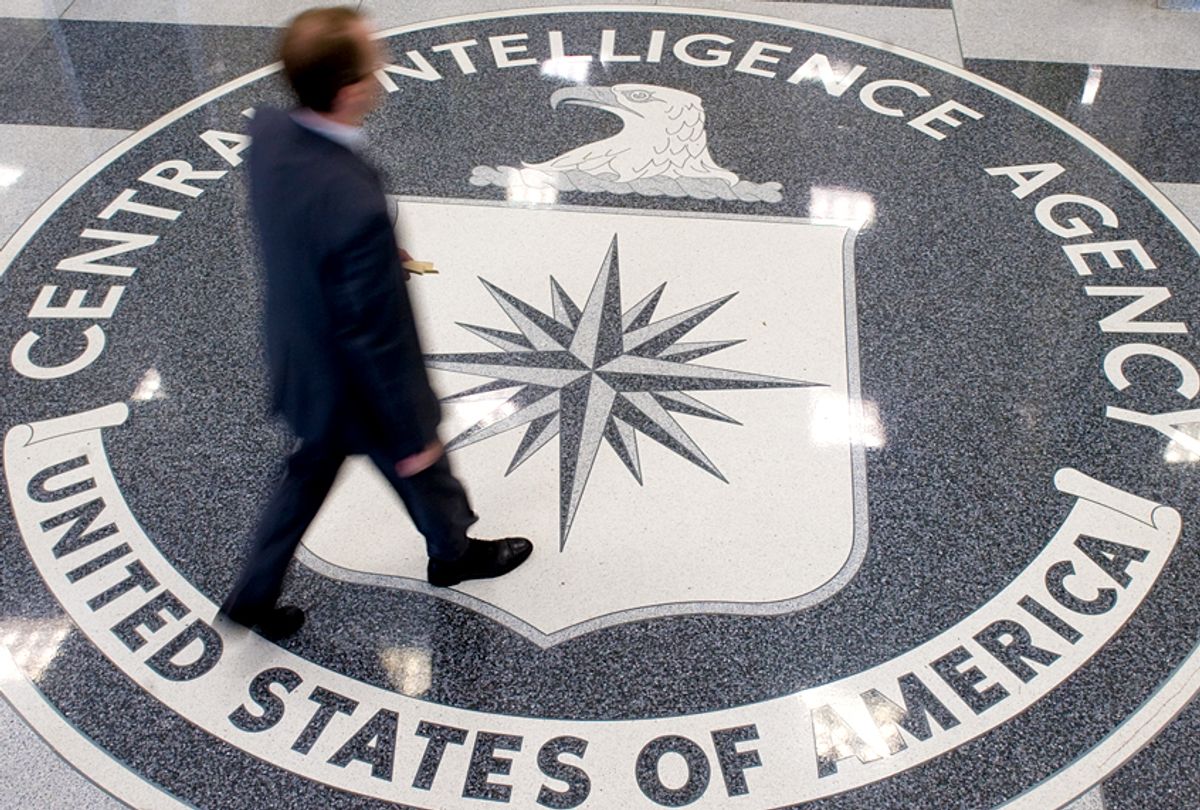 As the editor of the JFK Facts blog, I try not to spend a lot of time on stupid conspiracy theories, but given widespread ignorance and confusion on the subject, unpleasant journalist duty often calls.

Who killed JFK? The Federal Reserve? Nah. The Secret Service man? A hoax. Ted Cruz’s father? Pure B.S. George H.W. Bush? Heavy breathing is not the same as credible evidence. On a recent Black Vault podcast, the most common JFK question I heard was, “Was Kennedy assassinated because of his interest in UFOs?” Um, no, he was not.

Which brings me to QAnon, the imaginative conspiracy theorist now dominating the internet, attracting followersof President Trump, and obsessing the Washington Post, which has published a dozen articles about QAnon in the span of four days. Like many conspiracy theories, the QAnon fever dream can be traced back to the assassination of JFK.

The QAnon conspiracy theory is a psychedelic mushroom planted in the fertile manure of the Warren Commission. This mind-altering proposition grows in the gloom of anonymous chat groups. It is then stimulated by the bright lights of social media. And finally it is harvested and ingested by Trump cultists eager to prolong the alt-reality buzz that commenced on January 20, 2017.

For the uninitiated, “Q” is the moniker of a person or group of persons who post to 4Chan, a popular image website favored by the anonymous. Q’s “theory” (and I use the term generously) is that President Trump was persuaded by the military to smash a network of “deep state” pedophiles that has ruled America for decades. The president (it is said) is working with John F. Kennedy Jr. (who did not die in a plane crash). They will soon smash the perfidious plotters, QAnon predicts, and Barack Obama and Hillary Clinton will be sent to Guantanamo.

You may think this is nutty stuff. Buzzfeed News speculates that QAnon is actually a leftist goof on right-wing suckers. But read the respectful coverage of the pro-Trump Washington Times, where QAnon is described as a “mysterious figure” who has been “posting provocative questions about the government since October.” This stuff is taken seriously.

The historical foundation of this mash-up of the preposterous, the ludicrous and the vile is, you guessed it, the assassination of JFK.

From a December 2017 QAnon post about Trump’s alleged enemies:

Why do people believe this nonsense?

One reason is that a few kernels of it are not nonsense. The CIA, in this April 1967 memo, launched a worldwide campaign to demonize critics of the Warren Commission as “conspiracy theorists.” Skepticism about official theory of JFK’s assassination, wrote one agency official with the approval of CIA director Richard Helms, “is of concern to the U.S. government including our organization.”

If that fact became known, the CIA would have a world of hurt on its hands. So the agency said in its memo that the members of the Warren Commission were eminent men and “efforts to impugn their rectitude and wisdom tend to cast doubt on the whole leadership of American society.”

The Commission’s critics, said the CIA, “are enticed by a form of intellectual pride: they light on some theory and fall in love with it; they also scoff at the Commission because it did not always answer every question with a flat decision one way or another.” In other words, the CIA diddefine belief in “conspiracy” as a symptom of the mentally unstable and patriotically unreliable.

In fact, the doubts were fact-based. Skepticism about the Warren Commission’s conclusions percolated among the Washington insiders (including Lyndon Johnson, Robert Kennedy, and Jackie Kennedy) and among foreign leaders (including Fidel Castro and Charles DeGaulle). All of them concluded privately that JFK had been killed by his enemies, not by a lone gunman.

Of course, there are other factors contributing to the vogue of QAnon that have nothing to do with JFK.

The echo chamber effects of social media encourage the credulous. So does a president enamored with “alternative facts” (aka bullshit). The exhaustion of the American economic system, which no longer provides the majority with affordable education or upward mobility, leaves young people grasping for explanation of their plight.

But the U.S. government’s implausible account of JFK’s assassination—and the CIA’s self-serving defense—can always be cited by those who say “The government is lying.” So if you want to trace the roots of QAnon in American society, look to the Warren Commission and Langley. Please leave us JFK researchers out of it.

The origins of JFK theories

As I wrote a few years ago in The Atlantic, the popular belief in a conspiracy was widespread within a week of Kennedy’s murder. Between November 25 and 29, 1963, University of Chicago pollsters asked more than 1,000 Americans who they thought was responsible for the president’s death. By then, the chief suspect, Lee Oswald — a leftist who had lived for a time in Soviet Union — had been shot dead while in police custody by Jack Ruby, a local strip club owner with organized crime connections who hated Bobby Kennedy.

While the White House, the FBI, and the Dallas Police Department all affirmed that Oswald had acted alone and no one should believe “rumors” to the contrary, 62 percent of respondents said they believed that more than one person was involved in JFK’s assassination. Only 24 percent thought Oswald had acted alone. Another poll taken in Dallas during the same week found 66 percent of city respondents believed that there had been a plot.

The belief that Kennedy was killed by his enemies was not created by “conspiracy theorists” or Oliver Stone of the KGB. It was created by the circumstances of the crime and the assassination of Oswald.

The belief in conspiracy was nurtured the factual revelations that followed: The investigations of New Orleans District Attorney Jim Garrison in the late 1960s, the Church Committee investigation of 1975, the House Select Committee on Assassinations in 1978, and the Assassination Records Review Board in the 1990s. The vastly expanded historical record of JFK’s murder undermines the Warren Commission’s findings and destroys the CIA’s cover stories. While we still don’t have a good explanation of who killed Kennedy, we do know the available facts do not corroborate the official theory.

As long as the government and major media organizations deny the JFK facts, they give credibility to those who cultivate pernicious fantasies. They water the psychedelic mushroom now altering the American consciousness.