Mitch McConnell wears a tan suit again, drawing social media ire for the hypocrisy of it all

Remember when former President Barack Obama wore a similar suit and was likened to a "circus ringmaster"? 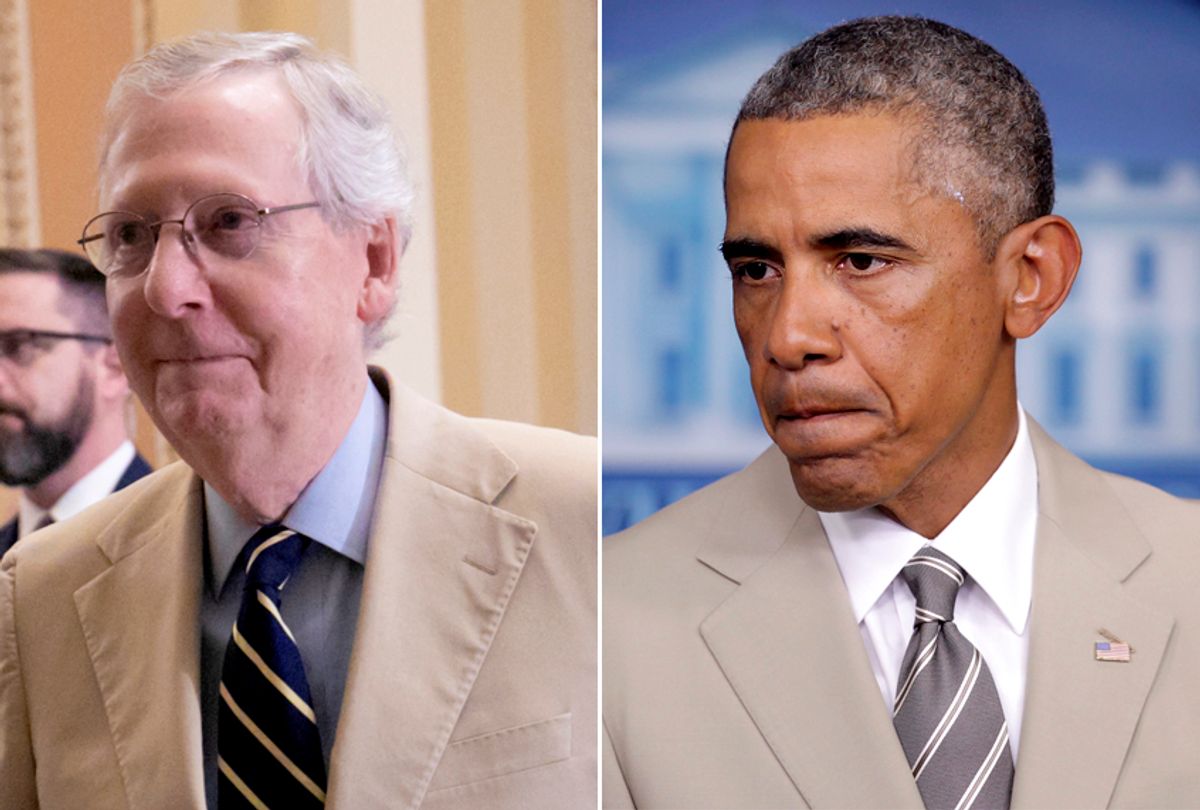 While such a sartorial choice normally would not – and should not – matter, folks on Twitter were outraged by the fact that McConnell did not receive the same amount of heat that former President Barack Obama did when he donned a tan suit back in 2014. At the time, his fashion choice was elevated by critics to be a major scandal.

When Obama first rocked the taupe fit, members of the media and Republicans alike commented on his look. It was called "unpresidential," "the ugliest suit in the history of America" and likened to a "circus ringmaster." Even men's fashion magazine GQ — arguably an authority on menswear — wrote a blog about the tailoring:

"We know you've got a lot on your plate . . . But we're GQ, and we can't let this terrible khaki suit fly. We love that you're in the spirit of summer, before men everywhere head into a wool-suits-only post-Labor Day existence, but there are a few simple tweaks, that could make this look, I don't know, presidential?"

So, naturally, when McConnell decided follow in Obama's stylish footsteps, Twitter users were quick to point to the hypocrisy of it all.

But here is the thing: It was not the first time that McConnell wore that exact same outfit. He wore it in late June to discuss the Supreme Court vacancy — and disparaged Obama while channeling his look.

"This is not 2016," McConnell said at the time. "There aren’t the final months of a second-term, constitutionally lame-duck presidency with a presidential election fast approaching."

Perhaps all politicians should just retire the tan suit look? It kind of distracts from . . . the more important things.