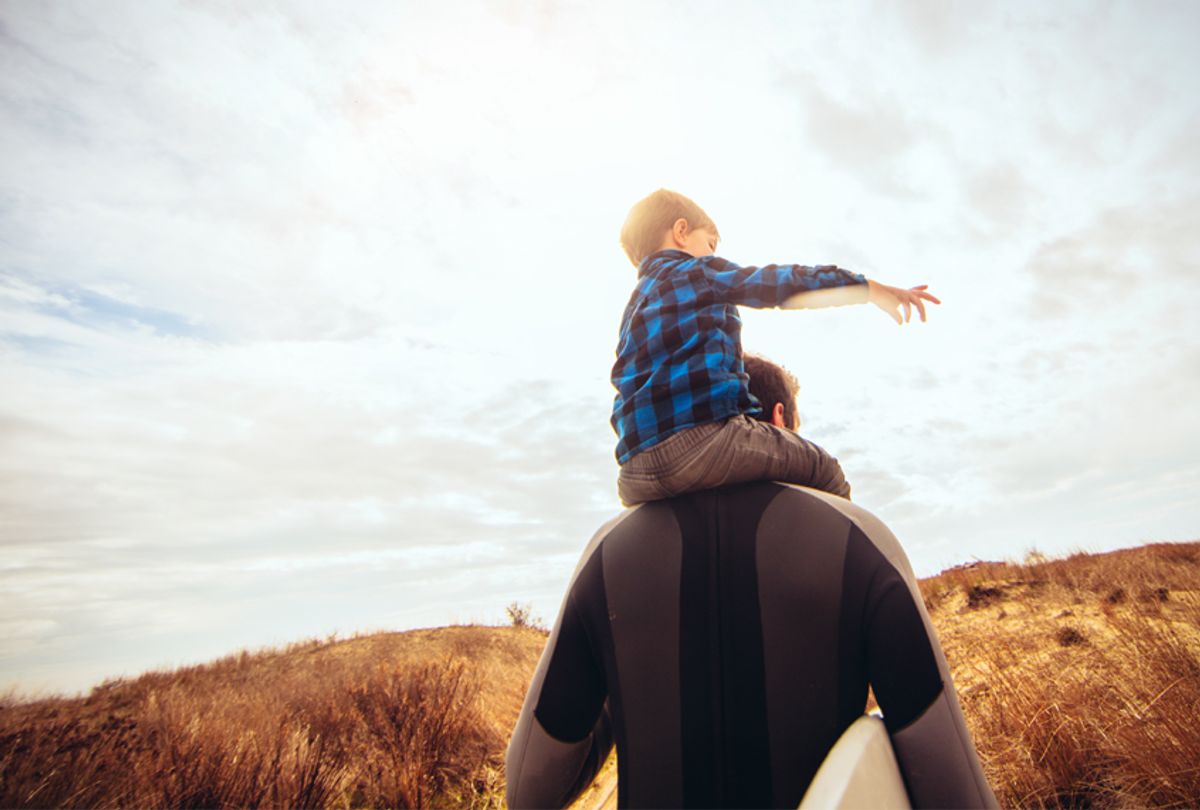 A lawyer in Bermuda became internet-famous for dancing ballet alongside his two-year-old daughter, comforting her stage fright by being there and doing the dance moves right with her. He knew the part because he had practiced ballet with his children before — and said it was just a normal part of fathering daughters.

That isn’t a common sentiment about fatherhood, even now. But social norms have been changing over the past 40 years, as more women — and mothers — have entered the workforce. While mothers still do more work at home, the burden is becoming more equal. However, the concept of father-as-breadwinner is still stronger than ideals of fathers as nurturers. As a result, fathers often find themselves out of place at parks, malls and other areas frequented by mothers and children. The same problem happens when they visit most parenting forums online.

My research focuses on understanding how modern fathers find and use online communities of men in similar situations, as they all try to make sense of their own parenting identities. By interviewing fathers and using big data analysis, my co-author and I found that fathers seek information and support online, use more anonymous social media sites like Reddit to discuss sensitive issues such as divorce and child custody conflicts, and blog about do-it-yourself projects as a way of legitimizing their childcare and domestic work as masculine labor.

Analyzing 102 interviews, a team of us found that fathers are active on social media, including posting photos about their children’s milestones, such as walking or crawling, and pictures of activities like dancing and baseball. But fathers are less involved than mothers in managing online sharing of child-related content. We found that moms were fielding the questions and making the decisions about whether Grandma could share a picture with the baby on her Facebook wall or if friends could share photos of the child’s birthday party.

I and others have also found most fathers reluctant to share family content with social networks that include colleagues and managers. Mothers felt fewer such constraints, even when their social media accounts also included professional contacts.

In private Facebook groups, though, fathers are willing to discuss their parenting experiences – whether they are small local groups, private chats or even groups with thousands of members. In these groups, dads gain social support and seek advice, especially from older fathers who have experienced similar problems. Fathers told me that Facebook group discussions ranged from daily parenting experiences like diaper changing to more serious issues around marital problems, especially for new parents.

Some dads make online videos about their experiences.

In contrast, some fathers were reluctant to discuss more personal issues — like divorce and custody — on Facebook, where posts are labeled with their names. Instead, they felt safer using other online names on sites like Reddit, where it was harder for people to associate their posts with their actual identity. When posting under pseudonyms, fathers were willing to share deeply personal details beyond what’s usually appropriate on Facebook.

My collaborators and I analyzed how fathers use Reddit by studying about 2 million parenting comments. We focused on three parenting forums, including r/Daddit, a subreddit for “Dads. Single Dads, new Dads, Step-Dads, tall Dads, short Dads, and any other kind of Dad.”

When fathers discussed divorce and custody issues on Reddit, they covered topics as diverse as venting about their plight in family court and detailed legal questions about their cases. Fathers also discussed controversial issues like vaccination and circumcision. One father suggested in an interview that Reddit is a “peaceful place to post an opinion” because he did not have to deal with reactions from friends, colleagues and family members.

When I started talking to fathers about their use of social media sites, I did not set out to ask about do-it-yourself projects, but the theme emerged from the interviews. In one project, I supplemented interviews with visual and rhetorical analyses of father blogs, finding that fathers blog about their DIY projects and tie that work into their fatherhood experiences and their domestic roles. They engaged their children in projects like retiling bathrooms, teaching useful skills while also carving out quality father-child time. Blogging about these projects gave these fathers a way to describe how they could be both caretakers and providers at the same time.

Fathers today face the paired challenges of shifting domestic pressures in dual-earner families and lagging social preconceptions of dads as breadwinners and mere helpers for mothers. Through my research, I am shedding light on the ways that fathers can find support and guidance on social media, and I hope to promote involvement and inclusion among men in their roles and responsibilities as fathers.