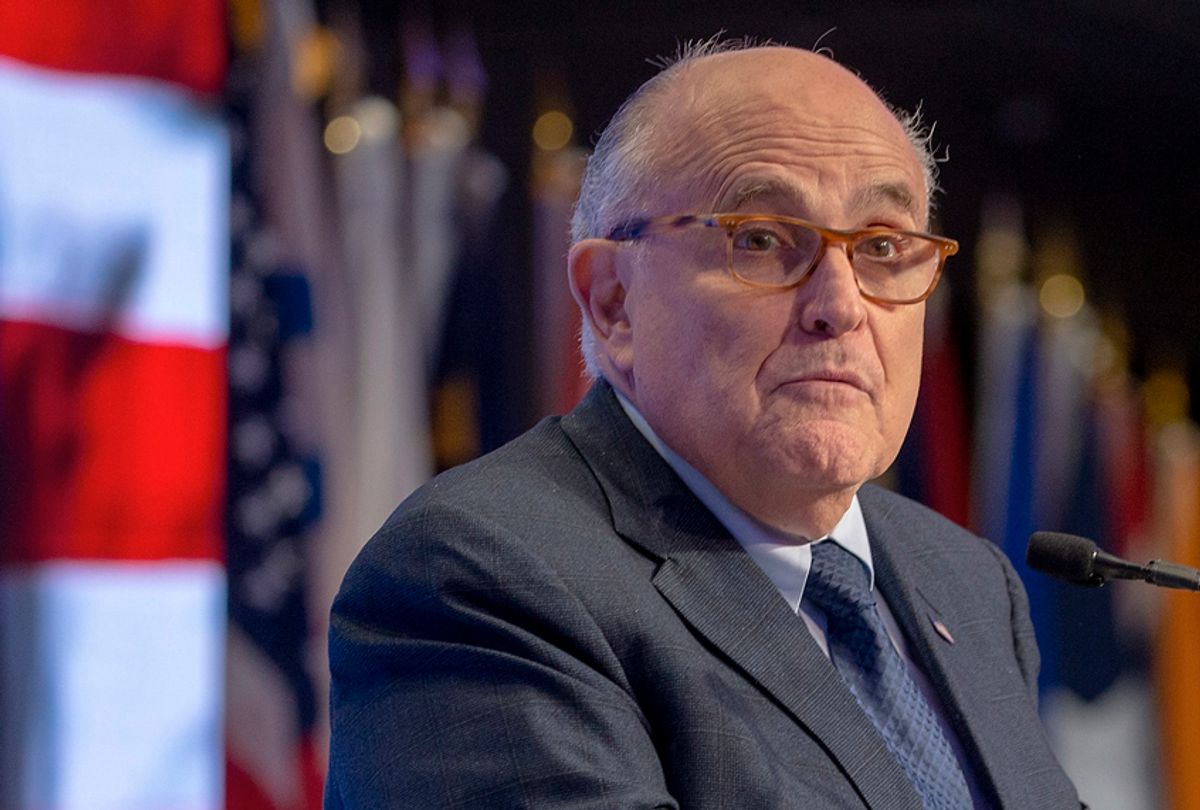 What is truth and what isn't is usually a question philosophers ponder. But on Sunday, President Donald Trump's lawyer, Rudy Giuliani, openly wondered if the existential question will get his client into legal jeopardy.

In an interview on "Meet the Press," Giuliani told host Chuck Todd that truth is subjective and therefore there is no need to investigate it.

"Look, I am not going to be rushed into having him testify so that he gets trapped into perjury," Giuliani said Sunday. "And when you tell me that, you know, he should testify because he's going to tell the truth and he shouldn't worry, well that's so sill because it's somebody's version of the truth. Not the truth. He didn't have a conversation."

Todd responded to the diatribe by declaring, "Truth is truth."

After Giuliani affirmatively said that the truth cannot be regarded as the truth, Todd predicted the interview was "going to become a bad meme."

It has. Here are some of the reactions on Twitter:

Rudy Giuliani: “Truth isn’t truth.” Try that one with a jury. https://t.co/LEexBm5YEw

Rudy Giuliani: "Truth isn't truth. Ham isn't ham. Trees have arms and leaves are their fingers. Eggplant. I am the Chinchilla King. Nothing is real. There are only shadows. Howdy. Howdy. Flurrzanza-BAM!"

Either @RudyGiuliani has gone completely senile or he has simply devolved into quite possible the stupidest criminal defense lawyer I may have ever seen. Ever. https://t.co/qHK7xpHFLr

WATCH: This morning on #MTP, @RudyGiuliani tells @chucktodd "Truth isn't truth," when it comes to the Mueller investigation. pic.twitter.com/EZ1Mr8Zry4