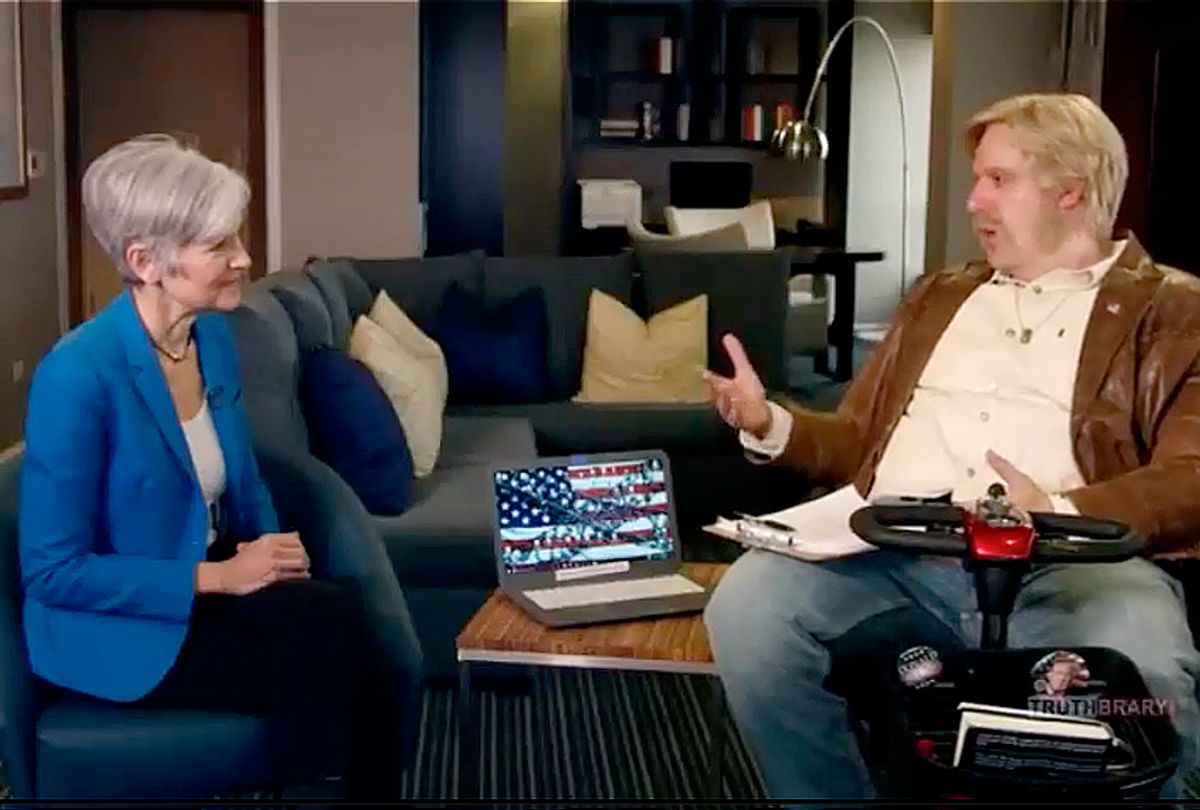 Jill Stein and Sacha Baron Cohen in "Who Is America?" (Showtime)
--

Former presidential candidate Jill Stein was duped by Sacha Baron Cohen into debating climate change, specifically citing the ability to stir up the ocean to create a hurricane.

Stein began by correcting Cohen’s right-wing character Dr. Billy Wayne Ruddick Jr. when he referred to it as “climax change.”

“So, I’m a scientist” Stein explained. “It’s pretty clear from the science that the climate is changing.”

Ruddick showed a chart of the weather pattern from 2010 in which the weather began as cool got extremely hot and then was cooled again.

Stein tried to explain that climate change shows trends over several years, not charted over a single season.

“OK, you’re demonstrating that the seasons change,” she said. “Seasons have always been changing since seasons were around.”

“But, you know, like, I really am a scientist,” Stein repeated again.

“Do you agree that there is an increase in hurricanes?” Ruddick asked.

“There’s a lot of evidence that the CIA was weaponizing weather. They would fly out helicopters over the last 16 years, into the ocean. Helicopters with whisks on and thereby create a hurricane,” Ruddick described with a graphic of the helicopter. He explained that this is verifiable because the man who displayed the image had a 94 percent seller rating with eBay.

“Billy, you can’t create a hurricane by stirring the air up. Do you know who actually creates hurricanes?” Stein asked.