In Spain, a mythical ham sandwich that's been passed down four generations

A sandwich after my own heart 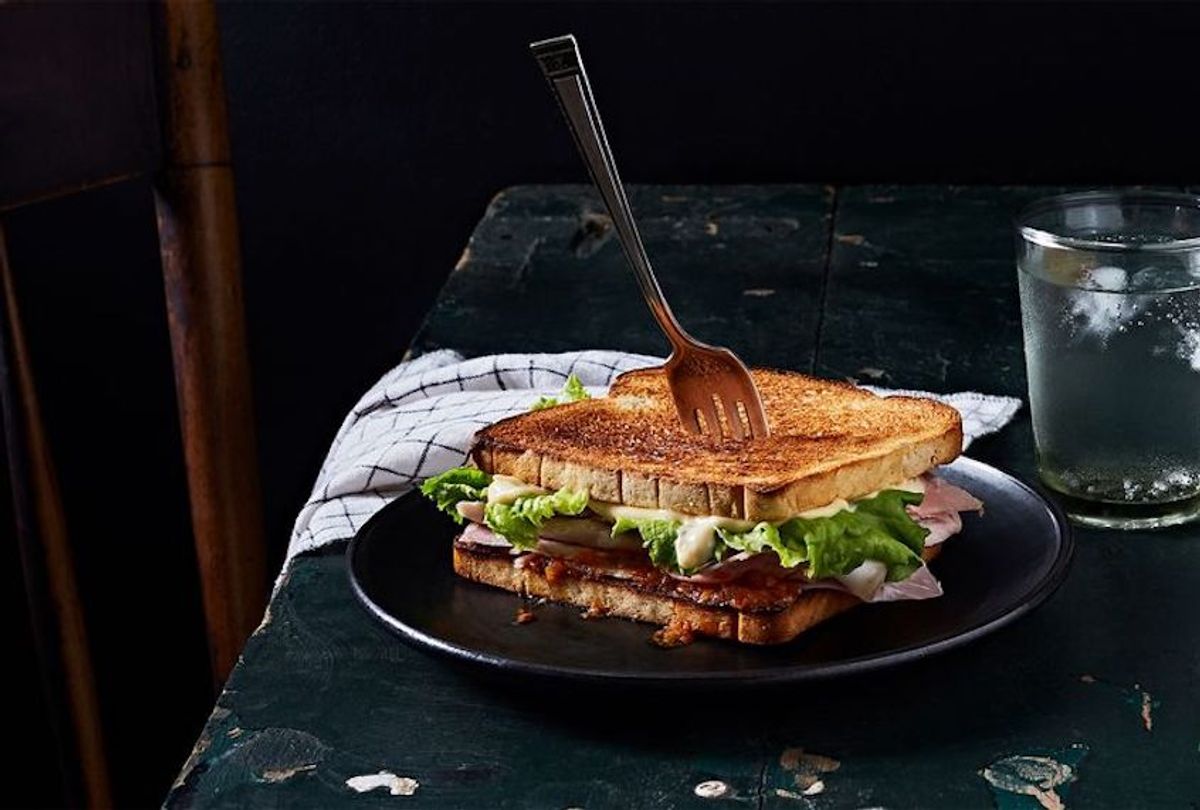 Don't get me wrong, I love sandwiches; I even moved to Mallorca to open my own sandwich shop. But aside from an occasional jamón serrano, you’d never find me jonesin’ for a ham sandwich — that is, until I tried a triangulo sandwich from Bar El Eme in Bilbao. My sandwich world was forever changed. With just five ingredients — ham, lettuce, mayonnaise, spicy sauce and white bread — you have to wonder: How could something so simple be so good?

Is it the artisanal bread, baked fresh daily? Is it the supreme quality of the ham? Or maybe it’s the aura surrounding the spicy sauce, with a secret recipe that’s been passed down through four generations. Recently, I took a trip to my favorite Basque city for another taste of that mythical sandwich, and to see if I could figure out the secret sauce inside.

Named after its original owner and Bilbao-native chef, Emeterio, Bar El Eme has been a Bilbao institution since its opening in 1950. It was and has remained a family-run business; today, El Eme is operated by three of Emeterio’s great-grandchildren.

After quickly gobbling down a triangulo, I sat down to chat with one of them, Oscar, who runs the front of house at El Eme. Emeterio, Oscar tells me, invented the secret sauce. He taught the recipe to one of his children, who taught it to one of their children and so on. Oscar’s brother Borja, the chef at El Eme, is the only sibling who knows the recipe. Though the family has innovated here and there, adding pintxos and even a burger to the menu, the sandwich recipes have stayed the same. As their slogan states, “El de siempre. El único.” The same as always, the one and only.

Though the triangulo — so-called for its triangle shape after the finished sandwich is sliced diagonally — is the more popular order, El Eme offers another, as well: torres, meaning “towers,” four towering layers of white bread, Cantabrian anchovies, mayonnaise, and that same secret sauce. Both sandwiches are delicious — I’ve done the hard work of testing them both for you — but to me, the triangulo is sandwich gold.

Because: Eating a triangulo is highly satisfying and something you want to repeat again and again. The house-made white bread is both pillowy soft and dense enough to carry the heft of the ingredients. The salty ham is perfectly counterbalanced by a slice of crisp lettuce and a generous smothering of mayonnaise — the cooks actually spread it on by the (gloved) handful. (When you order the sandwich they ask if you'd like a fork and knife in part because they put so much mayo on, it kind of spills out the side.) The ingredients alone would be enough to create a great sandwich, but then you get a gentle nudge from the secret sauce — a little spicy, peppery, tomato-y, and maybe even a tad fishy. I tell Oscar, it reminds me of Old Bay seasoning on crabs, a speciality from Maryland in the U.S.

“You’re probably tasting the peppers,” Oscar says, which, though unrelated to crabs, is still valuable insight that I scribble down immediately.

“Can you, or can Borja, give any more hints about how to make the sauce?” I ask, giving my warmest journalistic smile.

“Que va!” he says without hesitation — Yea, right! — then rips into laughter.

I wouldn’t get my hands on the carefully-guarded recipe, at least not during that visit (a girl can dream, right?), but I did manage to siphon a couple extra nuggets of information from Oscar. The base of the sauce, he tells me, has alegria riojana — a dangerously spicy roasted chilli pepper — plus tomato, bell peppers, and other spices which, of course, he wouldn’t divulge. But everything, he assures me, is from here, Basque Country.

“There are many people who asked if we wanted to open [El Eme] in other parts of the world,” Oscar explains. “But we never have because this is a classic thing from Bilbao. Like Athletic [the soccer team] or La Virgen de Begoña. It’s muy de aqui,” he says, which means "it’s very much from here" — a statement that both confuses me (because I don’t know who this Begoña character is) and tickles me (because it captures the Bilbao and Basque sensibility that pretty much sums up why I think Basque food is the best in the world; they take so much pride in it).

Satisfied in terms of hunger, but not so much in terms of my fact-finding, I ask Oscar whether he’s willing to share anything else, perhaps advice for aspiring sandwich shop owners based on the success of El Eme (I disclose that I, too, was throwing my hat into the sandwich business ring). And here’s a translation of what he said: To be profitable, first, the ingredients have to be top quality and treated with care. Then, you have to love what you’re doing. If you don’t love what you’re doing, you’ll never sell anything.

And with that, I felt a shmear more enlightened about why El Eme’s sandwiches are such a success. In a city like Bilbao, where food comes second only to family (and maybe fútbol), becoming a local institution, for decades no less, is no small feat. Like a sandwich, it takes the perfect combination of ingredients to stand out. Yes, the products are premium quality and yes, they have a sexy, secret sauce. But they also love what they do and aren’t concerned with expanding or franchising. They prefer to serve the same sandwiches that their great grandfather served, every day, with the same amount of care—and the same inimitable sauce.

Here’s my attempt to recreate El Eme’s mythical spicy sauce and sandwich. While it’s not pretending to be the original, it just might make you a ham sandwich kinda person.

For the secret sauce