Is it necessary for true innovators to break norms and rules? 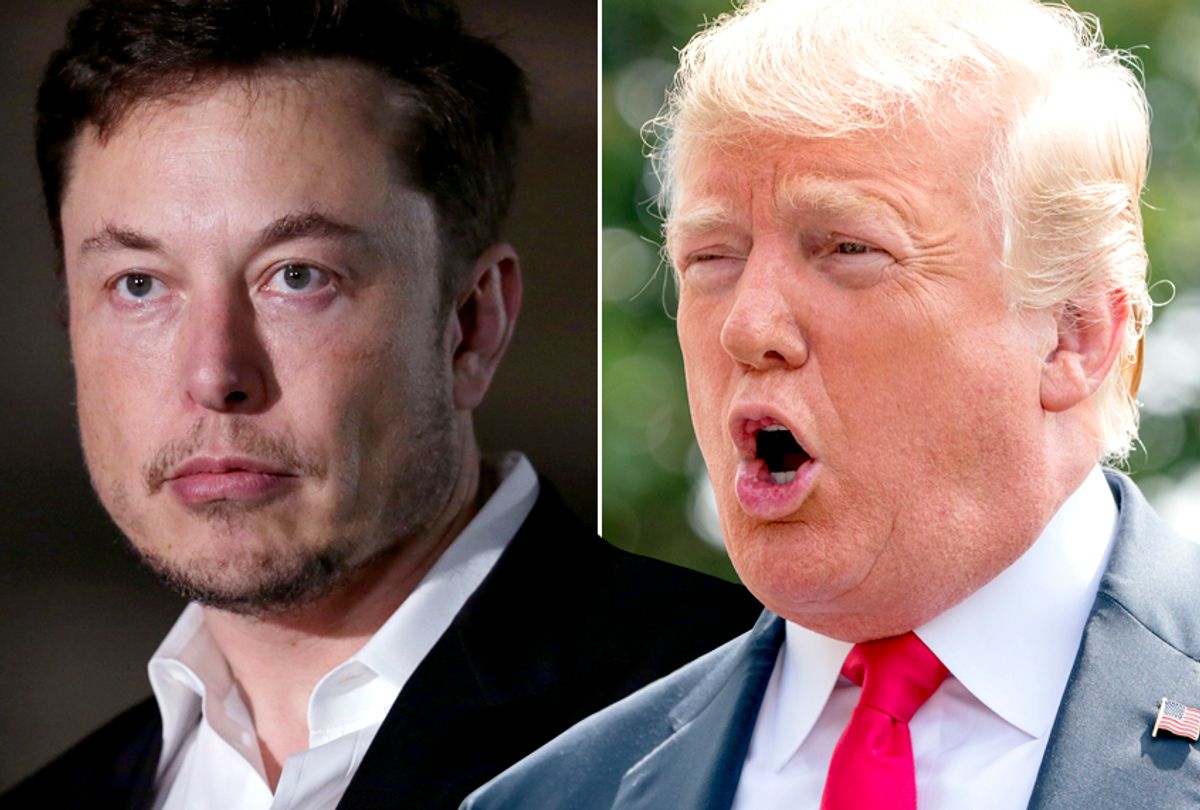 I’ve long admired Elon Musk as a technological visionary. But I worry about his sense of responsibility to the public.

Musk announced on Twitter that he intended to turn Telsa, the electric-car maker he founded, into a private company. He said the funding was “secured” — a claim that sent Telsa stock skyrocketing — yet he produced no evidence that the funding was nailed down.

There are laws against corporate officials making these sorts of untethered claims, because if untrue they could hurt lots of innocent bystanders — including unwary investors and employees.

Does Musk’s behavior remind you of any other powerful person who also makes unfounded claims on Twitter that send heads spinning?

Donald Trump is no Elon Musk. Musk seems to genuinely care about the future of humanity.

But, like Trump, Musk loves to upend the status quo by breaking norms and maybe even some laws.

He also seems share Trump’s unrelenting combativeness and penchant for hitting back. A few weeks ago, after a British diver involved in the Thailand cave rescue termed Musk’s offer of a submarine a publicity stunt, Musk called him a pedophile.

Musk has little patience for the media. At a recent quarterly earnings conference he refused to answer what he termed “boring” or “bonehead” questions.

Musk and Trump aren’t the only notable people in modern America exhibiting these tendencies.

Think of Travis Kalanick, the pugnacious founder of Uber. Or Facebook’s Mark Zuckerberg.

Which raises the question: Is it necessary for true innovators to break norms and rules?

Some years ago the most fashionable buzzword in business was “disruption.” Real entrepreneurs, it was said, disrupt the status quo. They shake up conventional ways of doing things and upturn hidebound institutions.

But there’s a less charitable view of why these outsized personalities break the rules. They feel entitled to.

Consider Martin Shkreli, who, after buying the rights to sell Daraprim, a lifesaving drug, promptly raised the price by over 5,000 percent.

Shkreli was unapologetic. And he lashed out at journalists who criticized him, even buying Internet domains associated with their names and then mocking them on the sites.

(Last March Shkreli was sentenced to seven years in prison for criminal fraud in an unrelated scheme to bilk his former hedge fund investors.)

Add the former Hollywood mogul Harvey Weinstein. And many of the people Trump has surrounded himself with over the years.

Trump himself continues to place himself above the law.

All these men (note the absence of women) are driven. They’re often brilliant. (Trump is a gifted conman.)

They’ll also do whatever it takes to get what they want. They believe the norms other people live by don’t apply to them.

Their attitude toward the law is that anything they want to do is okay unless it’s clearly illegal. And even if it’s illegal, it’s okay if they can get away with it.

And they have contempt for anyone who gets in their way.

Researchers have found that great wealth and power often correlate with less compassion and stronger feelings of entitlement.

Whatever the causal relationship, the era we’re now in has created a few big winners — who, at least in their own eyes, are so successful they’re entitled to do whatever they want.

In the words of railroad magnate William H. Vanderbilt, “the public be damned.”

Vanderbilt said this in 1882, during America’s first Gilded Age — whose entrepreneurs created railroads, telephones, electric power, and steel mills, but who also bent the laws to suit their purposes.

Their wealth was unprecedented. Yet most workers barely eked out a living.

The first Gilded Age fueled a progressive era that tamed and regulated its excesses, beginning in 1901.

In very different ways, Trump and Musk epitomize America’s second Gilded Age. Will their audacity and excesses usher in a second progressive era?