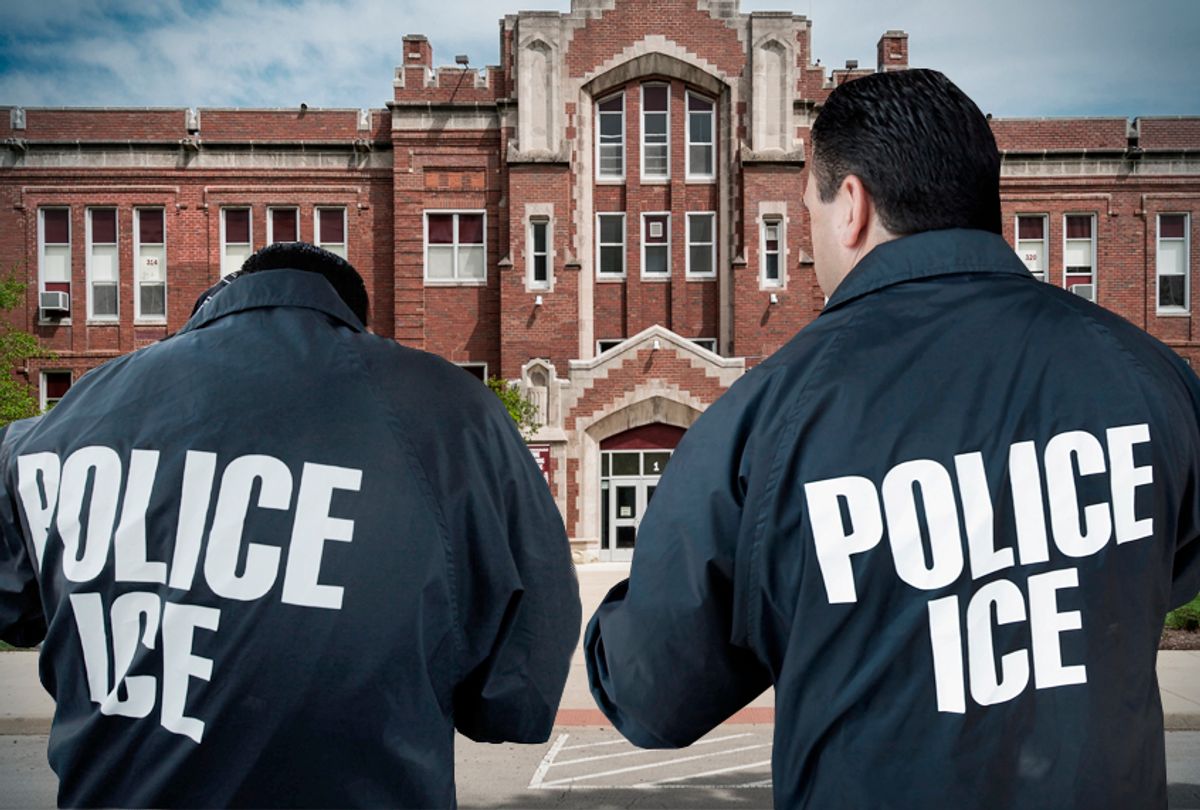 There was great public outcry over the Trump administration’s separation of thousands of minor children from their immigrant parents, many of whom were legally pursuing asylum here in the United States when they were apprehended. The move has been widely condemned as inhumane and likely a violation of international law.

But less widely reported is the Trump administration’s targeting of the households in which close to five million U.S born children, who as American citizens reside with at least one parent who is undocumented. In New Jersey alone it is estimated that 185,580, or one-in-11 of the children that call New Jersey home, lives with at least one immediate family member who is undocumented making them vulnerable to deportation.

Since the start of President Trump’s multi-faceted immigration crackdown, local public health and law enforcement officials have raised concerns that immigrant communities fear of involvement with their agencies would have both public safety and public health ramifications well beyond the immigrant families.

Earlier this year “with no fanfare and little public notice, the Department of State has amended the Foreign Affairs manual to increase the burden of satisfying the public charge ground of inadmissibility for both immigrant and nonimmigrants,” according to a legal memo  from the Catholic Legal Immigration Network.

READ MORE: The end really is near: a play-by-play of the coming economic collapse

The term “public charge” refers to the ability of an immigrant, or their sponsor to demonstrate to Federal immigration officials that they are not now, nor have they been in the past, nor anytime in the future likely to become dependent on welfare or a public health care subsidy. Failure to make that proof would be sufficient grounds for deeming the applicant “inadmissible” to the United States and ineligible for permanent resident status.

The unilateral changes made by the Department of State targeted immigrant families already in the immigration legal system, according to Joshua Bardavid, a New York City immigration attorney. Under the new “field guidance” undocumented parents could be at risk of deportation just because they decided to enroll their American-born children in the federal Children’s Health Insurance Program or to seek other tax benefits to which they are entitled.

“Previously, that [guidance] had said that if the immigrant parent had previously received some form of welfare that could be a disqualifying factor,” he said. “Now, they are saying, if the immigrant’s U.S.- citizen children are entitled to certain public benefits . . . that the children themselves receiving those benefits can be grounds for their immigrant parent to be denied” their application for permanent resident status which clears the way for their deportation.

He continued, “So, immigrants will no longer access these benefits for their children. All of these policies as a whole have created massive fear in the immigrant community for interacting with any government official and that has all types of implications. I have had clients tell me they are hesitant to enroll their children in public school.”

So, while this latest stream of gut-wrenching photos of migrant children being torn away from their asylum- seeking parents sparked outrage, this use of the immigration bureaucracy to break up existing American households is harder to graphically depict. Yet, it is arguably even more diabolical because it aims to totally undermine the stability of the families and households that millions of native-born American children, including tens of thousands of New Jersey kids, rely on.

And there are implications for the broader community if immigrants begin to avoid law enforcement, school authorities and public health officials.

Already a survey of New Jersey nonprofits that provide legal support for the state’s immigrant community reports that a majority of their clients decline from filing orders of protection against an abusive spouse for fear of running into Immigration & Customs Enforcement (ICE). Fifty-six percent won’t attend municipal court over worries of being detained by ICE.

A closer examinations of just what is going on in the Immigration Court system validates those anxieties. Immigration is classified as a civil legal matter and there is no Constitutional right to counsel. Also, the immigration court system does not have the independence of the federal judiciary, because it is overseen by the Department of Justice which also acts as the prosecutor in immigration cases.

A 2016 Seton Hall Law School study entitled “Deportation Without Representation: The Access-to-Justice Facing New Jersey’s Immigrant Families”  found that during the 2013-14 period reviewed two-thirds “of those detained  throughout their immigration court proceedings never secured legal representation . . . . Immigrants with representation, detained or otherwise, were at least 3 times as likely to obtain a successful outcome as those who were not represented. For example, among those who were detained throughout and unrepresented, only 14 percentavoided removal, whereas detained individuals who secured representation prevailed in 49 percent of the cases.”

In the latest state budget the Murphy administration and the legislature committed to provide $2.1 million to Legal Services of New Jersey to defend immigrants facing deportation. Back in 2017 Governor Andrew Cuomo and the state legislature committed $10 million for immigrant legal defense. “Through this first in the nation public-private partnership, we will fight to ensure immigrants have access to their rights under the law and that New York continues to be beacon of home and opportunity for all,” said Gov. Cuomo.

Even if immigrants get proper representation there are increasing signs that the Trump administration and Attorney General Jeff Sessions are working to rig the immigrant court system by undermining the very judicial independence that must be its foundation. On May 18 Sessions reversed decades of legal precedent  and stripped from immigration judges and the Board of Immigration Appeals the discretion to administratively close cases. That option had provided some relief to tens thousands of immigrants who were the beneficiary of prosecutorial discretion during the Obama years.

Sessions restricted the grounds for gaining sanctuary by asserting that domestic violence and gang violence were no longer grounds for asylum. “An alien may suffer threats and violence in a foreign country for any number of reasons relating to heroical, economic, family or other personal inconstancies,” he said. “Yet the asylum statute does not provide redress to all misfortune.”

Sessions push to tip the scales against immigrants got even more granular  with the DOJ now disqualifying specific immigration judges with whom the Attorney General disagrees. Earlier this month, the National Association of Immigration Judges filed a grievance against the Department of Justice for removing Judge Steven A. Morely, who sits in Philadelphia, from 87 cases, because Sessions found fault with the way Judge Morely handled a case of an undocumented Guatemalan national who in 2014 entered as an unaccompanied 17-year-old.

Before the Second World War and even during the conflict, U.S. immigration authorities turned back thousands of Jews who  had sailed from Europe looking for sanctuary from certain death at the hands of Hitler’s final solution. Americans looked the other way.

Scroll forward decades later, and what we have is our own federal government looking to decimate the households of American born children, who are the classmates of our own children and whose families attend our places of worship. Do we look away?

The one real distinction between now and then, is that the places today where the deportees are being sent back are places where law and order has collapsed as a consequence of violent drug wars that are all about who gets to supply America’s multi-billion dollar addiction to illicit drugs.