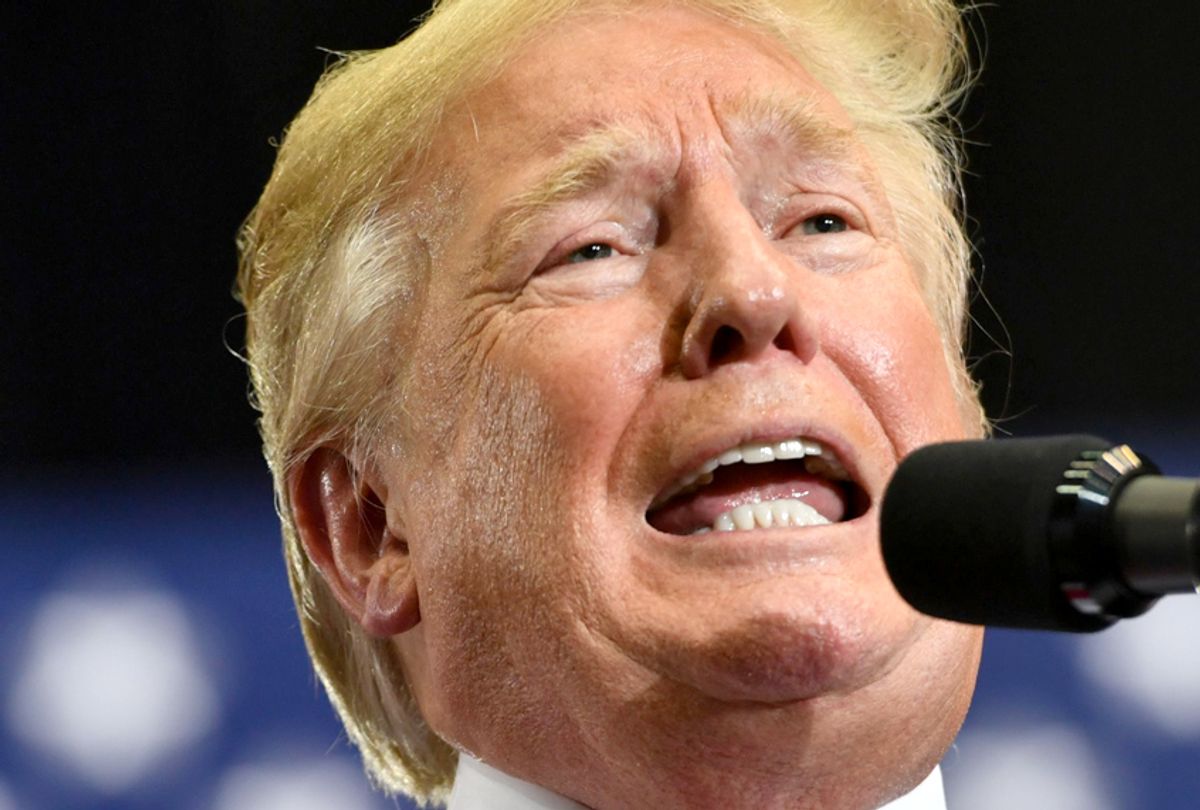 Perhaps this is because I've had my hopes raised and dashed too many times. Or perhaps I'm permanently broken from watching Hillary Clinton win nearly 3 million more votes and still lose the election to a man who has no redeeming qualities of any sort. But it was hard for me to join the revelry on progressive social media.

On the contrary, my fears started to creep in and, frankly, continue to linger. What if this seemingly huge blow to Trump is actually a strike in his favor? What if, instead of seeing the second-rate criminal enterprise at the White House finally start to crumble, what we're seeing is a couple of loyal soldiers — whether their loyalty was felt, bought or coerced — take the fall for Trump? What if these guys gave up a little to avoid giving up the real deal, knowing that pardons are coming and everyone, especially Trump himself, gets off scot-free?

What if -- my jerk brain started to tell me -- this is all an elaborate scheme to protect Trump and they're pulling it off beautifully?

It might still happen. But Trump's behavior on Tuesday evening offered mild stirrings of hope that this monstrosity we elected, a man who seems to barrel right through any consequences for his foul behavior through the sheer power of shamelessness, might actually be . . . a bit worried.

Trump held a rally in West Virginia Tuesday night, which appears to be his favorite thing in the world, since it allows him to talk nonsense at people for hours without having to pay them to pretend to enjoy it. But going into the rally he did not seem particularly excited, giving a one-minute statement to reporters where he pretended that he barely knew Manafort and leaned heavily on "fake news" and "witch hunt" to avoid having to say anything meaningful.

The rally itself was also a lackluster affair. Trump riffed on all the themes that his ultra-white audiences show up to cheer — hating on insubordinate black people like Rep. Maxine Waters or kneeling NFL players, painting Latino immigrants as a bunch of criminals, building the wall, locking her up — but anyone (like me) who tuned in expecting some rant about any of the multiple investigations into his campaign or administration was disappointed.

Instead, Trump mostly avoided the topic. At one point he remembered to work in his standard line about "where's the collusion?" But he quickly moved on, spending a huge chunk of his speech putting even his most loyal fans to sleep with endless stories about how he's smarter than everyone else he meets, how everyone from journalists to foreign leaders is mistaken to look down on him and how he's so fantastic that merely receiving praise from him renders a candidate unbeatable. (A clearly false premise, one would have to say.)

This isn't Trump feeling triumphant. This is Trump spending an hour trying to convince himself and others that he's great, by simply wearing them down and refusing to shut up, no doubt a habit built over a lifetime.

Having watched Donald Trump, consistently if reluctantly, for going on three years now, it's safe to say this isn't the smirking, ranting Trump who is feeling good about himself. If Trump felt confident about the direction of the various investigations, he'd be offering stupid nicknames and gloating at length from the podium about how he's got them all licked. That Trump would be bragging about his power to pardon everyone in sight, as he has in the past.

No, this is a different Trump, who doesn't even want to talk about any of it. That may not last, but the fact that it happened at all gives me reason to believe he's scared.

Instead, Trump leaned heavily on his reality TV background and stuck to the script: Fake news, no collusion, sanctuary cities, vicious predators. These are lines, like his old "You're fired" from "The Apprentice," that help him smooth over times when he has nothing to say but wants his fans to applaud like trained seals. But Trump's riffing on Tuesday was especially rambling and boring, which is saying a lot. He even started talking about his mother's turkey, though mostly it was just a rehash of all the supposed triumphs he no doubt bores his aides with on Air Force One trips.

It remains to be seen what will happen with Robert Mueller's investigation and whether it will reach all the way to the White House. But Donald Trump, who is usually equipped with an unearned sense of confidence and a steadfast belief that he is getting over on everyone, was not on his game Tuesday night. And that lights the smallest flame of hope: I think he's actually worried.