Trump's "Affordable Clean Energy" plan is neither affordable nor clean. But maybe liberal tears will sell it 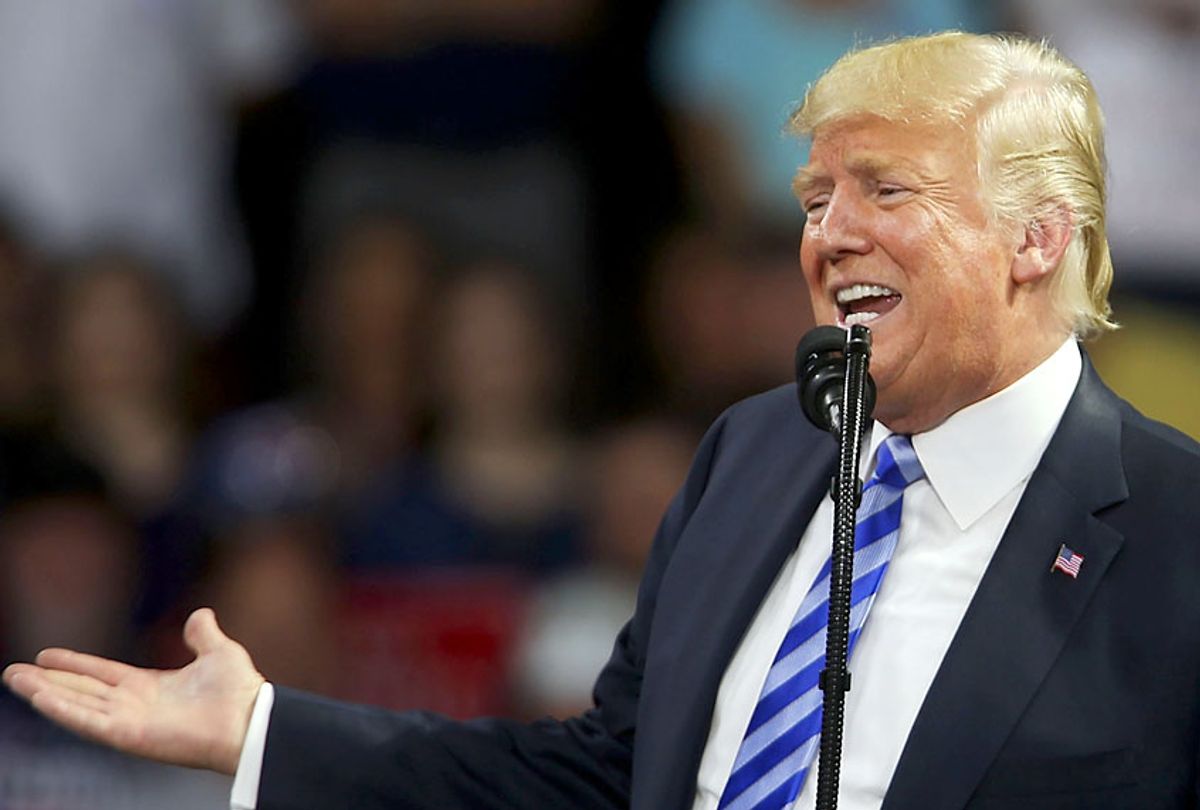 Even though Scott Pruitt was finally driven out as head of the Environmental Protection Agency, his replacement, Andrew Wheeler, hasn't missed a beat. Wheeler is steadfastly pursuing the great white whale Pruitt was hired, above all other things, to destroy: Barack Obama's Clean Power Plan. It's a painstakingly crafted and thoroughly litigated policy aimed at drastically reducing greenhouse gas emissions from the nation's power plants, and it was a critical part of the agreement known as the Paris Accords, which, of course, Trump has promised to abandon.

That the Clean Power Plan was Moby Dick to Pruitt's Captain Ahab is not overstating the case. Before Trump tapped Pruitt to be the EPA head, he was Oklahoma attorney general and took the lead in the legal assault by red states on the Clean Power Plan. Pruitt basically argued that the strength of the Obama policy — that it allowed power plants flexibility in how they reduced emissions so long as they met their goals — was what made its enforcement illegal.

Now, under Wheeler, the EPA has rolled out a proposal to replace the Clean Power Plan with a plan that props up the coal industry, even though coal is the dirtiest of all energy sources and is falling short in a market that has moved decisively toward more efficient methods.

This is a uniquely bad idea, as former Sierra Club Executive Director Carl Pope argued in an opinion piece for Salon on Wednesday. It's obviously more about pleasing wealthy donors than helping the American economy, which makes the misleadingly named "Affordable Clean Energy" rule a tough sell. So the Trump administration is turning to its favorite methods to sell the public — or at least its own base voters — on their bad ideas: Gaslighting, lying and, above all, trolling.

This was made clear on Monday, the day before the EPA announced the new plan, when E&E News published a leaked document from the EPA outlining the agency's talking points. The sheet is a stunning display of dishonest tactics, such as focusing on the cost of implementing the Clean Power Plan while ignoring the high costs created by pollution and climate change, and portraying coal as somehow a forward-looking energy source in place of the cleaner energy forms the entire rest of the world is working toward.

What's particularly telling is the way that the document cynically exploits progressive concerns about racial equality in service of trying to sell out the planet's health to a few rich coal barons.

The Clean Power Plan "would have hurt minorities and senior citizens disproportionally," the document claims, suggesting that the plan would put millions of people of color out of work and "would increase Black poverty by 23 percent and Hispanic poverty by 26 percent."

“On what authority does Trump have to speak on behalf of people of color?" exclaimed Michelle Romero, the deputy director of Green for All, an environmental initiative focused on economic and racial justice.

Romero described the statistics offered by Wheeler's EPA as nonsense, arguing that the "dirty economy actually costs us more" and saying that "struggling families and low-income communities are subsidizing the cost for big polluters to continue to profit."

There's substantial evidence to back that argument up. As Martin Luther King III of the Drum Major Institute pointed out in The Washington Post in 2015, the National Black Chamber of Commerce (source of those EPA numbers) is not a legitimate racial justice organization. It's an astroturf organization propped up by money from fossil-fuel companies like ExxonMobil, that exists largely to sow confusion and exploit racial inequality to push a pro-pollution agenda. The study itself has been thoroughly discredited by the Union of Concerned Scientists.

As Romero notes, the ugly truth is that it costs taxpayers, especially low-income and middle-class taxpayers, a fortune to prop up polluting industries. As David Roberts of Vox reported last month, fossil fuel in the U.S. is subsidized to the tune of $20 billion a year in direct government subsidies — a number that leaves out billions in indirect subsidies, as well as the public costs of the health consequences and environmental damage caused by pollution and climate change, both of which impact low-income communities and communities of color more seriously. The effects of Hurricane Maria on Puerto Rico alone should make that memorably clear.

In addition, Romero pointed out, "the clean energy economy creates more jobs overall," so even from the narrower perspective of immediate impact on jobs and poverty, the move toward cleaner sources is better. This is doubly true if the concern is racial diversity, as the emerging alternative energy economy could create new opportunities that didn't exist before.

Pushing back with all these facts is wasted effort, in a sense, because there's no reason to think that the invocation of racial and economic justice in this document was in any way offered in good faith. It's perhaps better to understand the comments about racial minorities as a form of trolling. It's a classic right-wing strategy: "Wait: I thought you libs cared about jobs for minorities!"

Factual evidence barely matters when it comes to this strategy. All Trump and his team need to do is give their base — which has the same need to breathe clean air and survive natural disasters as everyone else — a reason to get on board. So the administration frames this as yet another opportunity to "own the libs" with arguments that are designed to frustrate more than clarify. This is evidently so appealing an idea that it convinces conservatives to squelch legitimate concerns about subsidizing a failing and inefficient industry that is poisoning the planet.

This strategy is being deployed by Trump himself in selling this pro-pollution plan to the public. During his rally in West Virginia on Tuesday night, Trump went on a bizarre tangent about how coal is "indestructible stuff" and how, "in times of war . . . you can blow up those windmills." Yes, the president of the United States appeared to be suggesting that coal mines or coal-fired power plants are impervious to bombs.

Last week, he made similar arguments at a New York fundraiser, adding another weird tangent about how wind turbines "kill so many birds."

These arguments are dumb, and arguably are meant to be — they're more about provoking and antagonizing the opposition than making legitimate, concrete points.

Whether these moronic talking points are about birds or bombs, the idea is to draw liberals into a pointless argument until everyone looks like an idiot and the right-wingers win by default because their only true goal was to drag others down to their level.

None of this, it is worth noting, makes any positive case for the "Affordable Clean Energy" plan. That's because that's essentially impossible: It's neither affordable nor clean. So the strategy is to throw up a bunch of distracting arguments and idiotic tangents and entice conservatives to get on board by offering opportunities to own the libs and demonstrate tribal loyalty, especially if they ignore that gnawing feeling that maybe it's wrong to poison the planet for the children they keep insisting are the future.

This is, by the way, how Republicans under Trump hope to survive the midterm elections. They can't run on their policies, like taking away people's health care or giving billions in tax giveaways to the rich, since those things are unpopular and destructive. So they churn out a steady stream of race-baiting arguments about MS-13 and kneeling NFL players and nonexistent Facebook censorship and other nonsense whose only purpose is to troll the left and distract from the real issues. The only question remaining is whether it will work in November.