Apparently, the long-lost song was recorded in 1972, on the same day Simon recorded "You're So Vain" 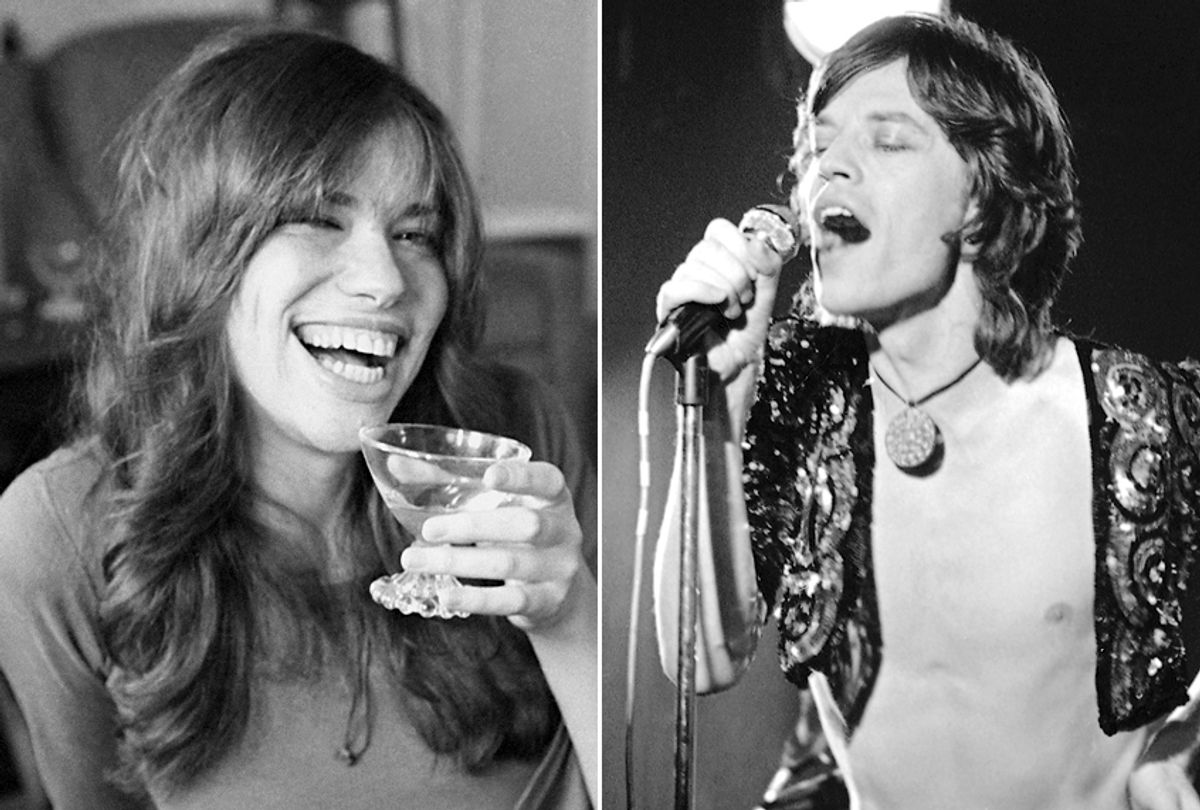 There was a duet recorded between Mick Jagger and Carly Simon in 1972, but the song had never been heard in public. Now, after more than 45 years from when it was first recorded, the long-lost duet was unearthed recently by Rolling Stones collector Matt Lee, according to The Los Angeles Times.

The Associated Press reported that the song is possibly named "Fragile," a slow love ballad, recorded with Jagger and Simon both sitting at a piano and singing.

Simon spoke to Rolling Stone almost two years ago about the lost duet, and she also wrote about it in her 2015 memoir, "Boys in the Trees." While Jagger reportedly contributed backing vocals to her 1972 hit "You're So Vain," albeit uncredited, Simon said in the memoir that she and Jagger recorded "You're So Vain" and another song in the same session: the lost duet.

"I played the chord sequence from the line [in 'Vain'] that goes, 'You gave away the things you loved,' and he started singing. We had this little back and forth at the piano for about an hour," Simon told Rolling Stone in an interview published on Nov. 29, 2016. She also tried to sing a line she remembered from the recording: "Funny, funny, funny, funny, funny, How love can make you cry."

According to the AP: "That matches with Lee's recording, except Jagger and Simon appear to sing 'change' instead of 'cry.' Jagger does most of the singing, with Simon adding some harmonies. When the song ends, a female voice believed to be Simon's gasps: 'Good song.'"

Simon told Rolling Stone that the producer, Richard Perry, was searching for the tape for decades but imagined someone from Warner Brothers might have it.

Lee, a businessman from London, did not reveal where the tape of the duet came from, but he added that he sent a digital version Wednesday to Rolling Stone as they promised they would pass it along to Simon. "I'm not doing it for the money," Lee told the AP. "I'm a collector. My motive for sending it to Rolling Stone was to pass it to Carly."

It is unclear how or if Lee or Simon will choose to release it, but apparently some hardcore Rolling Stones fans have heard a portion of it. "A snippet of the song, with its passage of Jagger repeatedly singing, 'It's funny, funny, funny,' is briefly heard in a scene in the publicly unreleased documentary about the 1972 Rolling Stones tour of America," the AP reported. "The name of the film is obscene in itself, stemming from the obscene name of an obscene song the band recorded a few years earlier to fulfill a recording contract they didn't want to actually fulfill. (In cleaner terms, and as a hint to the name of the tour movie, that song is often referred to as 'Schoolboy Blues.')"

The duet between Jagger and Simon follows the finding of an unheard Rolling Stones song two years ago, "No One Loves You More Than Me," which was believed to be recorded in 1964 but only discovered in 2016.

While Jagger and Simon did not collaborate after the two recorded "You're So Vain" and the newly unearthed duet in 1972, Simon told Rolling Stone, "certainly there was a great electricity between us. It made me nervous. But I am forever grateful to him that he sang [on 'You’re So Vain']."

What Keith Richards' daughter learned on tour with the Rolling Stones

The Rolling Stones' kids were raised on music