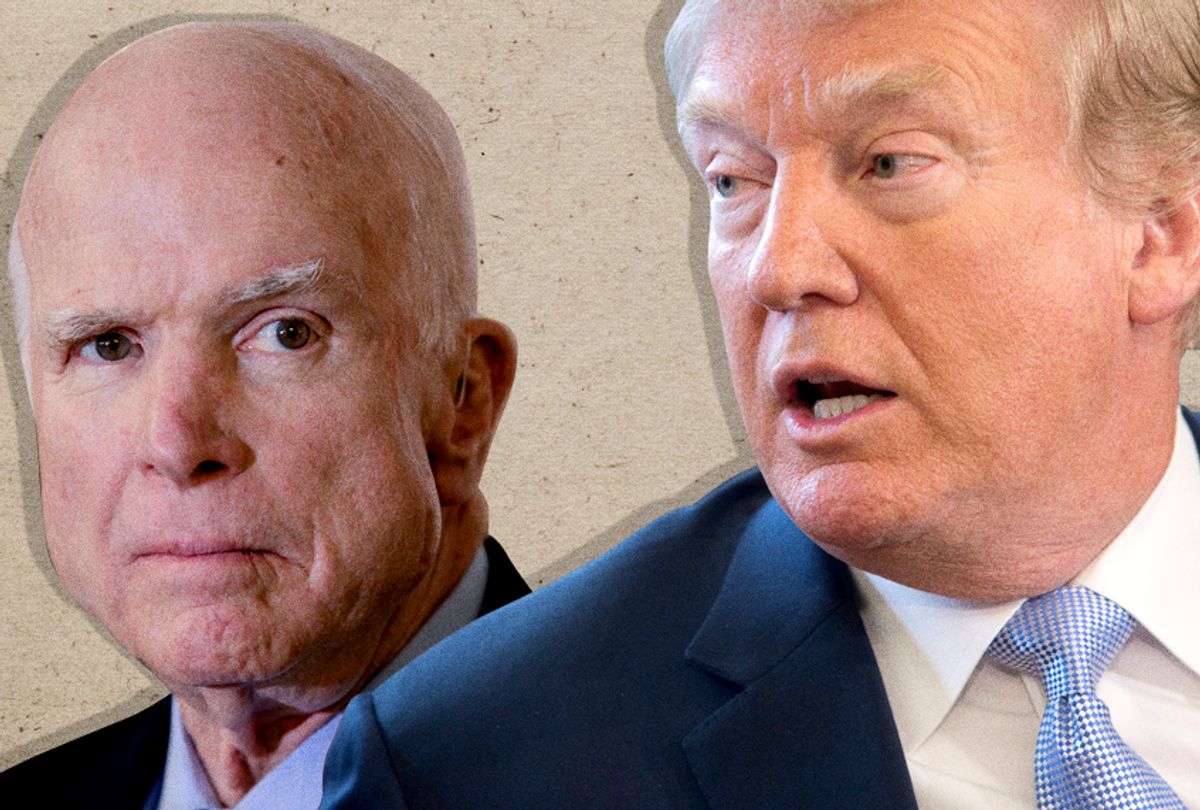 Sen. John McCain, R-Ariz., has decided to enter the final stage of the battle with brain cancer he has been fighting since last year.

"Last summer, Senator John McCain shared with Americans the news our family already knew: he had been diagnosed with an aggressive glioblastoma, and the prognosis was serious. In the year since John has surpassed expectations for his survival. But the progress of disease and the inexorable advance of age render their verdict. With his usual strength of will, he has now chosen to discontinue medical treatment," McCain's family explained in a statement on Friday. , according to CNN.

The statement added: "Our family is immensely grateful for the support and kindness of all his caregivers over the last year, and for the continuing outpouring of concern and affection from John's many friends and associates, and the many thousands of people who are keeping him in their prayers. God bless and thank you all."

When he first learned of his diagnosis in 2017, McCain told CNN's Jake Tapper, "I am able to celebrate a wonderful life and I will be grateful for additional time that I have."

McCain has indeed lived a historic life. From 1967 to 1973, McCain was a prisoner of war in Vietnam, where he was regularly tortured in part due to the fact that his father was an admiral in the United States Navy. After returning home he became a celebrity, overcome some of his disabilities through physical therapy and continued with his career in the Navy. By 1983, he was serving in Congress; four years later, he was a United States Senator, where he cultivated a reputation as a "maverick" who defied the Republican Party consensus on issues like campaign finance reform.

The high point of McCain's political career occurred in 2008, when he won the Republican Party's presidential nomination. Although he was defeated in the subsequent election, he has remained a major presence in the Senate — and has emerged as one of the few Republicans who has been willing to challenge President Donald Trump. During the 2016 campaign, he withdrew his support from Trump after the release of an "Access Hollywood" tape showed the future president bragging about committing sexual assault. The following year, McCain torpedoed Trump's attempt to repeal the Affordable Care Act, and in October he took a veiled shot at the president's international agenda by denouncing "half-baked, spurious nationalism cooked up by people who would rather find scapegoats than solve problems."

Notably, President Donald Trump, who has continued to criticize McCain even as he fights a debilitating condition, remained silent after the news even as well wishes poured in from other prominent Republicans on Friday.

Check out the top trending news stories of the day.