Why are Fox News reporters fleeing the network? 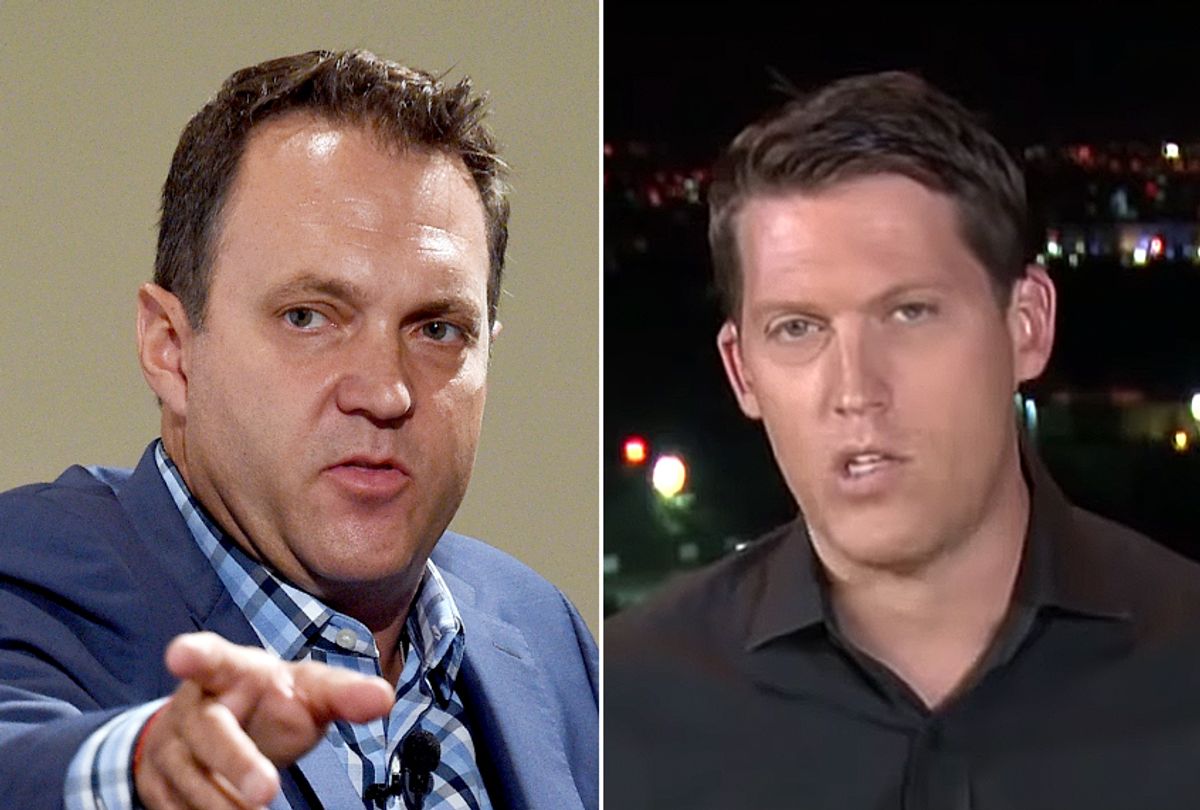 Two Fox News reporters in the last three weeks have departed from the network, reportedly after feeling frustrated with the cable news giant's direction and tone in the Trump era.

Adam Housley, a Los Angeles-based reporter who had been a part of the network since 2001, plans to depart the network soon. Two former Fox News employees told Politico that Housley complained of a decline in opportunity for non-pundit personalities.

"He’s not doing the type of journalism he wants to be doing," one of the former employees said. "And he is unhappy with the tone of the conversation of the channel."

Conor Powell, who served as Middle East correspondent at Fox News for nine years, reportedly left Fox News for similar reasons. Powell's former colleague and friend told Politico that the reporter felt like network had moved away from news in favor of opinion.

Both Powell and Housley's reasons for leaving the network after years of working there, signal frustration over a network that seemed to marginalize the news and those who were reporting it, a problem that has become increasingly unbearable with President Donald Trump in office.

"Conor was growing increasingly embarrassed by the channel, by the positions, by the relentless blind defense of Trump," Powell's colleague told Politico. "If you’re overseas and doing important work like Conor was, you can certainly focus on the work and tell yourself, 'Hey I’m doing important things and I’m just going to focus on this and ignore all the rest.' But it just became impossible to ignore."

Though former employees said Housley had cited similar objections to the direction of the network under Trump, his exit statement was more diplomatic. He released a statement via a Fox News spokesperson that said:

After nearly two decades at Fox News, I have decided to leave the network and take some time in northern California to raise our two young children closer to my family, which includes running the family winery and even coaching their sports teams. I could not be more proud of the journalism I did at the network, from war zones, to tsunamis, to watching miners pulled from the ground in Chile, I am grateful for the extraordinary opportunities to have a front seat to history and cover news all over the world. A huge thank you to the many Fox employees, especially behind the scenes, who have supported me every step of the way. We are friends for life.

But reportedly, unrest at the network is shared widely by reporters. "Many Fox News employees I talked to would jump at an opportunity to leave if there was one, just out of frustration," a former employee told Politico. "There is a frustration with being tied to the Trump administration. At the end of the day, journalists want to report facts."

However, it's unclear what avenues are even open to former Fox News employees once they leave. Neither Housley nor Powell have new jobs in media. In fact, in Powell's farewell statement posted to Facebook, he said: "After nearly 9 years I have decided to resign from Fox News. Those of you who have spoken to me in recent months, you will understand why I am leaving FNC. . . If anyone knows of any jobs in media and journalism please contact me."