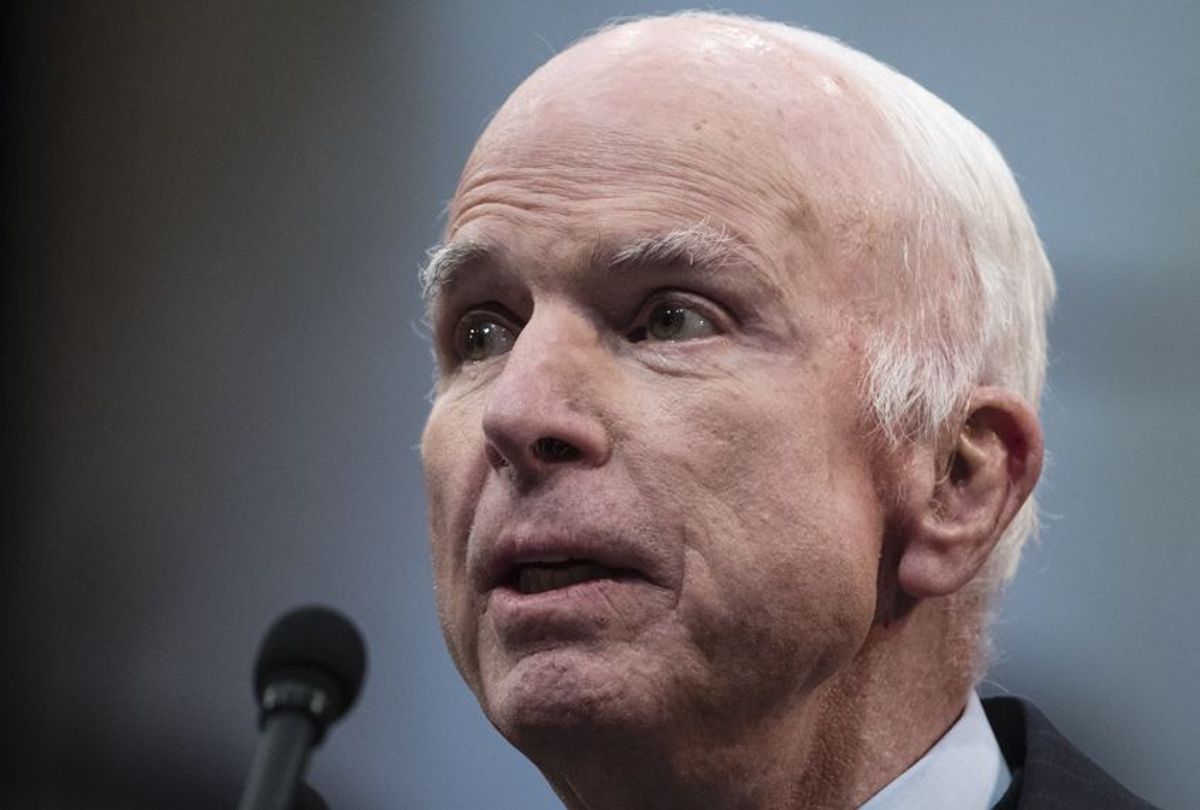 Senator John McCain, R-AZ, died at home at his ranch near Sedona today. He was 81 years old. His family announced earlier this week that the senator, whose brain tumor diagnosis was made public last year, would not be seeking further medical treatment for his cancer.

In his three decades in the Senate, McCain developed a reputation as the "maverick," voting according to his own principles instead of the party line. During his final years in office he stayed true to that designation by refusing to support the repeal of the Affordable Care Act last fall and continuing to be an outspoken critic of President Donald Trump, who once dismissed McCain's heroism as a Navy officer in the Vietnam War who survived five and a half years of imprisonment and torture with the quip, "I like people who weren't captured."

Trump offered condolences to McCain's family on Twitter this evening, writing, "My deepest sympathies and respect go out to the family of Senator John McCain. Our hearts and prayers are with you!"

McCain retired from the Navy in 1981 and was elected to Congress the following year as a U.S. Representative for Arizona, where he served two terms before being elected to the Senate in 1986. He ran for president twice, losing the Republican primary to George W. Bush in 2000 and the 2008 general election, with Sarah Palin as his running mate, to Barack Obama.

CNN reports that McCain did not want Trump to attend his funeral, but he did request that Bush and Obama be invited to deliver eulogies.

"John McCain and I were members of different generations, came from completely different backgrounds, and competed at the highest level of politics," Obama wrote in a statement posted to Twitter Saturday evening. "But we shared, for all our differences, a fidelity to something higher — the ideals for which generations of Americans and immigrants alike have fought, marched, and sacrificed."

"America has lost one of its iconic political leaders with the passing of John McCain," Dan Rather wrote Saturday, detailing McCain's achievements and stature as an iconoclast and a principled politician who "voted his conscience," pointing to the current political climate as a time when independent voices will be needed more than ever.

"In short," Rather concluded, "we will need more John McCains."

McCain's daughter Meghan, a co-host of ABC's "The View," released the following statement today on Twitter, writing "he taught me how to live."