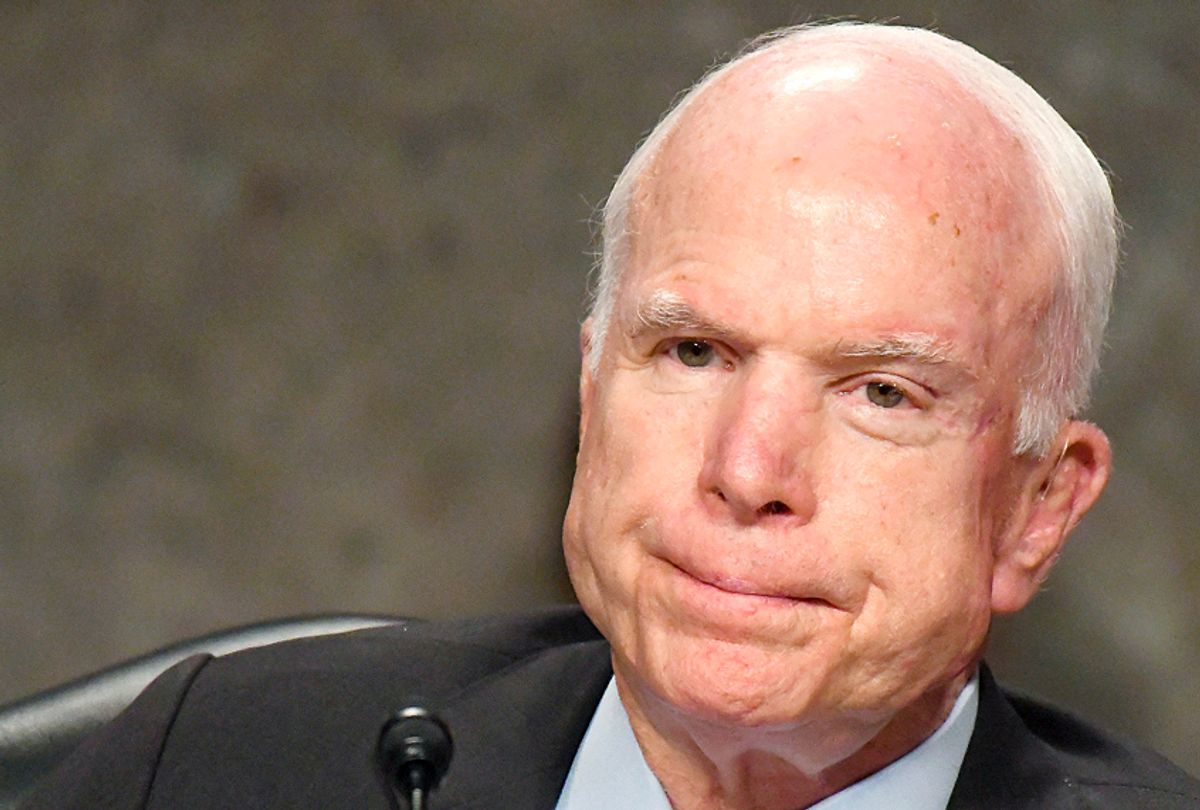 While many conservatives on Twitter are fuming at the news that Sen. John McCain won't support the latest Obamacare repeal effort — words like "libtard" and "traitor" are appearing with alarming regularity — Jimmy Kimmel said it best:

There can be a certain poetry to presidential history. The man Abraham Lincoln defeated in the 1860 presidential election, Stephen Douglas, toured the nation to try to prevent the Civil War after his former foe's election. Eighty years later, Wendell Willkie became a staunch ally of President Franklin Roosevelt during World War II, despite the latter having bested him in the 1940 contest.

Now Sen. John McCain of Arizona joins the ranks of Also Rans who, by putting principle over party, has wound up reinforcing the legacy of his former opponent from 2008. Indeed, this is the second time this year that McCain has emerged as a key vote preventing the repeal of the Affordable Care Act, President Barack Obama's signature health care law.

"I cannot in good conscience vote for the Graham-Cassidy proposal. I believe we could do better working together, Republicans and Democrats, and have not yet really tried," McCain explained in a statement.

He added that he could not support the bill because he did not know "how much it will cost, how it will effect insurance premiums, and how many people will be helped or hurt by it. Without a full CBO score, which won’t be available by the end of the month, we won’t have reliable answers to any of those questions."

McCain's statement comes less than two months after he thwarted a similar attempt to repeal Obamacare in July. On that occasion, he very dramatically issued a thumb down to a so-called "skinny repeal," shocking the political world.

Because the Republicans only have 52 votes in the Senate, they can afford no fewer than 3 defections if they are to pass a bill. When the skinny bill appeared before the chamber, McCain was joined by Sens. Susan Collins of Maine and Lisa Murkowski of Alaska in opposing the skinny bill. Both have expressed reservations about the new bill, while Sen. Rand Paul of Kentucky has already said he will not vote for it.