Strong relationships with professors are key to a rewarding college experience, a new poll finds 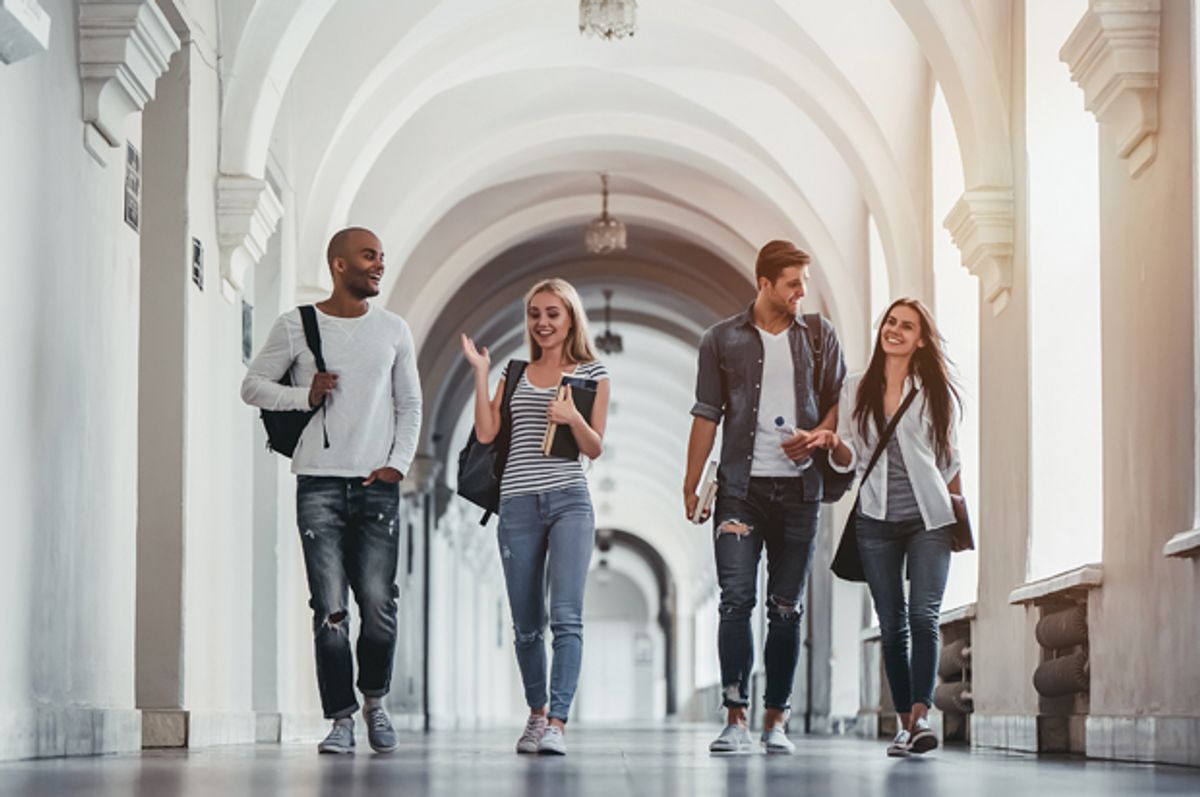 In order to have a rewarding college experience, students should build a constellation of mentors.

This constellation should be a diverse set of faculty, staff and peers who will get students out of their comfort zones and challenge them to learn more — and more deeply — than they thought they could. Students should begin to build this network during their first year of college.

Those are some of the key takeaways from a new Elon University Poll of a nationally representative sample of more than 4,000 U.S. college graduates with bachelor’s degrees. These are points two of us plan to explore more deeply as co-authors of a forthcoming book on mentoring in college.

We bring different perspectives to this project. One of us is a former college president. Another is a scholar of undergraduate education. The third author of this article is a political scientist who directs the Elon Poll.

The Elon University Poll and the Center for Engaged Learning examined the nature and qualities of relationships that matter most for college students. The poll found that graduates who had seven to 10 significant relationships with faculty and staff were more than three times as likely to report their college experience as “very rewarding” than those with no such relationships. Similar effects were found for peer relationships in college.

The first year of college is crucial in establishing the foundation for these relationships, which will not only influence students’ time in college but a large part of the rest of their lives. In the Elon Poll, 79 percent of graduates reported meeting the peers who had the biggest impact on them during their first year of college. And 60 percent reported meeting their most influential faculty or staff mentors during that first year.

The classroom is the most common place that students say they encountered both influential faculty members and peers.

This Elon Poll builds on a rich body of research on the power of relationships with peers, faculty, advisers and other mentors, and how those relationships influence student learning, a sense of belonging and achievement.

For instance, in the landmark 1977 work “Four Critical Years,” Alexander Astin of UCLA noted that “student-faculty interaction has a stronger relationship to student satisfaction with the college experience than any other student involvement variable.” Another pioneering researcher, Vincent Tinto of Syracuse University, documented how the most effective undergraduate experiences “enable the faculty and staff to make continuing, personal contact with students.” Sociologists Daniel Chambliss and Christopher Takacs offered this sage message after their 10-year examination of students at Hamilton College: “Spend your time with good people. That’s the most important thing.”

Following up on a 2014 Gallup-Purdue national survey, the Elon Poll found that more than 80 percent of respondents reported their most important faculty or staff relationship formed in college was with someone who made them excited about learning, cared about them as a person and encouraged them to pursue their dreams.

These findings make plain that the best undergraduate education — for all students at all types of institutions — is one in which students form sustained relationships with peers, faculty, staff and other mentors.

What colleges and universities do matters

Unfortunately, not all students form the kind of relationships that are key to a rewarding college experience. Indeed, the Elon Poll suggests that some who are the first in their family to attend college often don’t have as strong of a mentoring constellation as those with at least one parent who attended college.

Significantly, 15 percent of first-generation graduates reported zero influential relationships with faculty or staff while in college, as compared to only 6 percent of those with a college-educated parent. And 29 percent of graduates with a college-educated parent reported more than seven significant relationships with faculty or staff, compared to 17 percent for first-generation students.

Students have an important role in building these constellations, but so do colleges and universities.

Initiatives like Elon University’s Odyssey Scholars program for first-generation students put faculty, staff and peer mentors in place from the start of college. Odyssey Scholar director Jean Rattigan-Rohr reports an 89 percent four-year graduation rate for the two most recent groups of scholars. This rate exceeds the rate for the student body as a whole. Similarly, but at a much bigger institution, the Texas Interdisciplinary Plan (TIP) at the University of Texas at Austin provides peer mentoring and expert advising to at-risk incoming students. Thanks in part to these relationships, more TIP students have GPAs above 3.0 than their non-TIP peers.

Since contact with faculty early on is critical for all students, the Elon Poll reinforces existing scholarship that urges colleges to place their best teaching faculty in first-year classes. A study of some two dozen colleges and universities demonstrates that frequent and meaningful student-faculty interactions significantly improves student motivation and achievement.

You can find mentors in many places

Every staff person on a college campus — from gardeners and janitors to secretaries and office assistants – shapes the learning environment and many have significant contact with students. In an effort to recognize and celebrate the contributions these personnel make to students’ lives, Georgetown alumnus Febin Bellamy founded Unsung Heroes in 2016. The program should remind students to look in unexpected places for people who can make a difference in their lives.

Establishing a network of mentors takes a sense of purpose and initiative. Granted, forming relationships with mentors and peers may come more easily to some students than others. But a constellation of mentors does not need to have dozens of people in it. Instead, a few positive relationships with peers, faculty and staff will make a powerful difference for the college experience and beyond.

To make this happen, students should make simple gestures to connect with potential mentors. Talk with a faculty member after class. Invite a professor to have coffee. Ask an advanced student in your major for advice. Small steps like these can uncover mutual interests and shared passions and, ultimately, lead to the kinds of relationships that make a big difference in college — and for a lifetime.