Mudgirls: Meet the women building their own sustainable homes

They have worked to spread the word that even a new mother can build her own home, and it can be earth-friendly 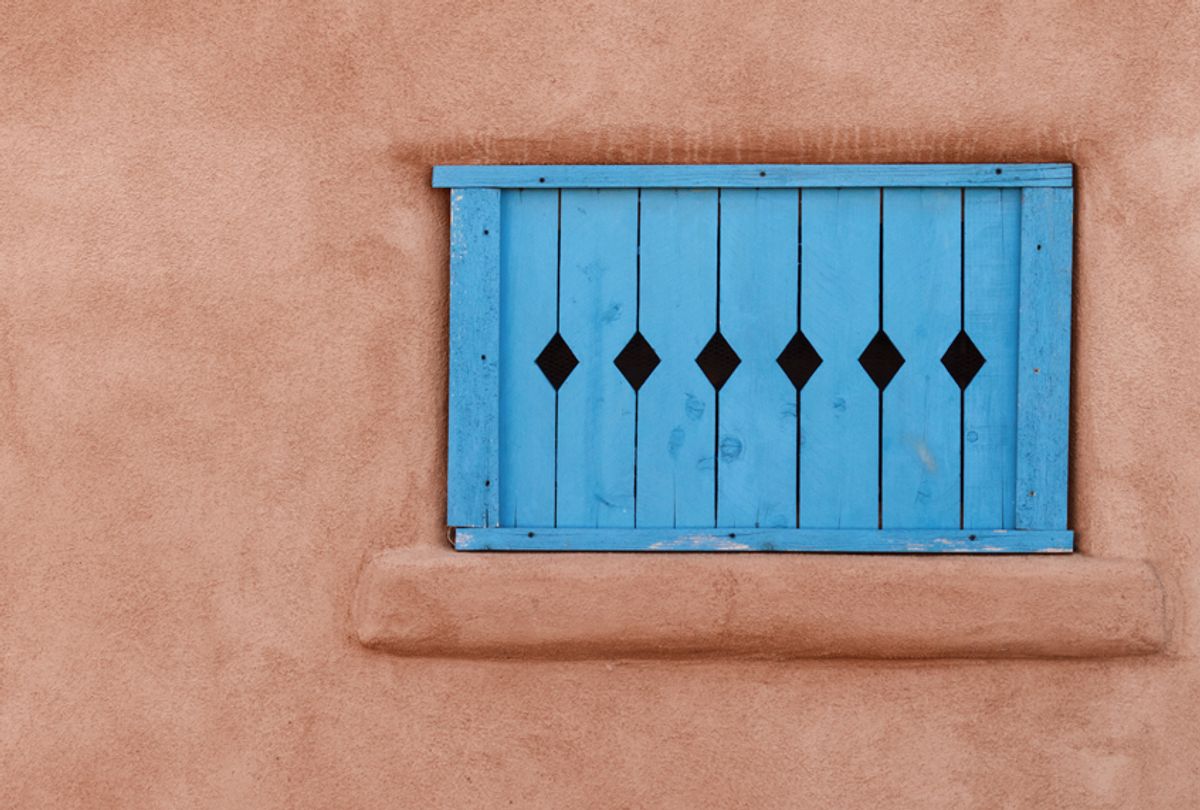 Clare Kenny is a natural builder. She uses natural and up-cycled salvaged materials to build houses, incorporating everything from straw bales to old tires.

“If I had money, I wouldn’t have thought of this technology at all. Because I had no money, no skills, I was led into this path. How can I build a house with no money, and no one to do it for me? It’s super cheap—even free.”

“I’ve always lived pretty week to week,” she says. “Most people I know do, so I figure most people I know are two weeks away from being homeless. They have no inheritance, no parents to pay their bills.” It’s all about “relying on your own resourcefulness.”

Kenny is part of the Mudgirls collective, a non-hierarchical natural building group of 11 women, with no boss. Together, they make decisions collectively, swap administrative roles, host workshops, and build houses.

The British Columbia, Canada, based collective came together ten years ago out of their own primal need for housing and concern for the future of the planet.

Natural building, says Kenny, is “so much lighter on the earth. The building industry is incredibly wasteful and toxic.”

“We felt some urgency around this,” the collective writes in their book, "Mudgirls Manifesto." “We were a bunch of urbanites and new mothers with no money and few skills. We needed to provide shelter for our families, believing that the world was going to end next year. If this was going to actually happen, we were going to have to enter into a whole new set of relationships with materials, culture, and economics in order to make it happen.”

The world, of course, didn’t end, but what was born is shifting how we think about building, and it’s giving women access to the ability to build their own homes in a way that was, not so long ago, unthinkable in the Western, male-dominated, hyper-capitalism world.

“Deciding on an all-women crew effectively hit pause on expectations about what a building site is supposed to look like and how builders conduct themselves,” the Manifesto continues. “It reminds us that we don’t have to follow the rules if they don’t make sense. . . . We’re going to have free child care. . . Those hungry babies are going to get breastfed at lunchtime! . . . We remind ourselves of what worked for us: keeping the learning cheap, the work accessible, and providing free care for the kids. Because our values are front and center, we don’t find ourselves in situations where we feel disrespected or exploited. So guess what — we love our job!”

“Our way in to natural building — sculpting mud into what you need it to be, this was super appealing to women who feel alienated from the building world,” says Kenny. As a woman, “You don’t grow up being handed tools and told, ‘let’s build something.’ So we had no money, no skills, and we keyed into a woman named Jen Gobby on Lasqueti Island . . . She started running workshops to build her house, then she wanted to keep it going, and spread skills. We all came back, and decided to keep it going.”

They have kept going, and over the last decade have worked to spread the word that even a new mother can build her own home, and it can be off the grid and Earth-friendly. As natural building has come into the mainstream a little more, people are beginning to be aware of going off grid, especially with HGTV shows like "Off the Grid."

“The more natural building comes into the mainstream, we can communicate more,” because as the vocabulary spreads, it can take the conversation further, she says.

That demystification process is important: How does a natural wall work? How do you build with straw bales? What about heat, hot water, and plumbing?

“People get excited about cob,” she adds, which is mud, sand, clay and straw. “You mix it up and build while it’s still wet and let it dry in place. You don’t have to build a square house, and it works well if you have a curved wall.”

Straw bales are good for winter, she continues, as they are much more insulative. “It’s breathable, so you don’t need drywall, and you can use natural plaster over it.”

She also talks about using trees as a post to hold up a roof, or adobe bricks. The main point, she says, is to “use what’s around you and what’s available.”

Traditional construction, says Kenny, results in “dumpster loads of toxic garbage.” Yet, “a cob house made of rocks and trees, it can go back into the earth and become compost,” eliminating the blight that so much of America is experiencing today.

Plus, “You don’t need special skills or protective gear,” to build, she says. “A huge part of what we do is sharing these skills. We love seeing people connect to it and realize, ‘OMG, I can build myself a house!’”

Kenny also points out that there is no need for heavy machinery in these natural builds. And, “It’s powerful for people to come together. The camaraderie of coming together, and the lack of heavy machinery means you can have a conversation while you’re working. All of this is doable without [electric or fossil fuel] power.”

In addition, Kenny stresses permaculture principles, working with how the land wants to behave. “Does a river form here? Let’s not build here then. Where’s the sun? Let’s build in relationship with the land and materials.”

What about plumbing? “We’re big proponents of outhouses,” she says. “We think it’s silly to poop in drinking water. Septic systems are stupid. It’s ridiculous. We like the idea that an outhouse is a resource. Compost your poop and use it as a fertilizer. There’s a ton of literature on composting poop.”

“Everything you produce doesn’t have to be gross. You can manage all this stuff and make it useful.”

Still, “We’re not electricians or plumbers,” says Kenny. “We can help, but we don’t do everything. What we love to do is under-the-code-radar. We work around municipal building codes rather than with them. Once you start building with codes, you have materials imposed upon you. We try to use salvaged material, and demystify the process.”

Of course, “You can plumb a building right in the walls — in that way it’s no different.” Kenny supports “water harvesting. . . we collect it, and then it can feed back into the house, or pump it into a vessel. There’s lots of ways to do it.”

Another important point is that Kenny isn’t doing this alone. She encourages people to “find community and work together. Find the people who will have your back and work with them. Trying to step outside the swim of your own culture… there’s these people telling you what’s advisable, what’s safe. It’s scary when you start to think for yourself, but it’s exciting when you realize how many ways there are for relating to people and the world.”

She also cautions against getting “suckered into disaster capitalism.”

“Part of the amazing thing isn’t just that people trust us to build our houses, but socially we were able to keep it together, work together, watch the kids,” says Kenny. “Activist burnout is a real thing, we try to keep it as fun as possible, we need to look out for that as much as possible.”