Did Giuliani's representation of an opioid manufacturer result in lenient treatment from the federal government? 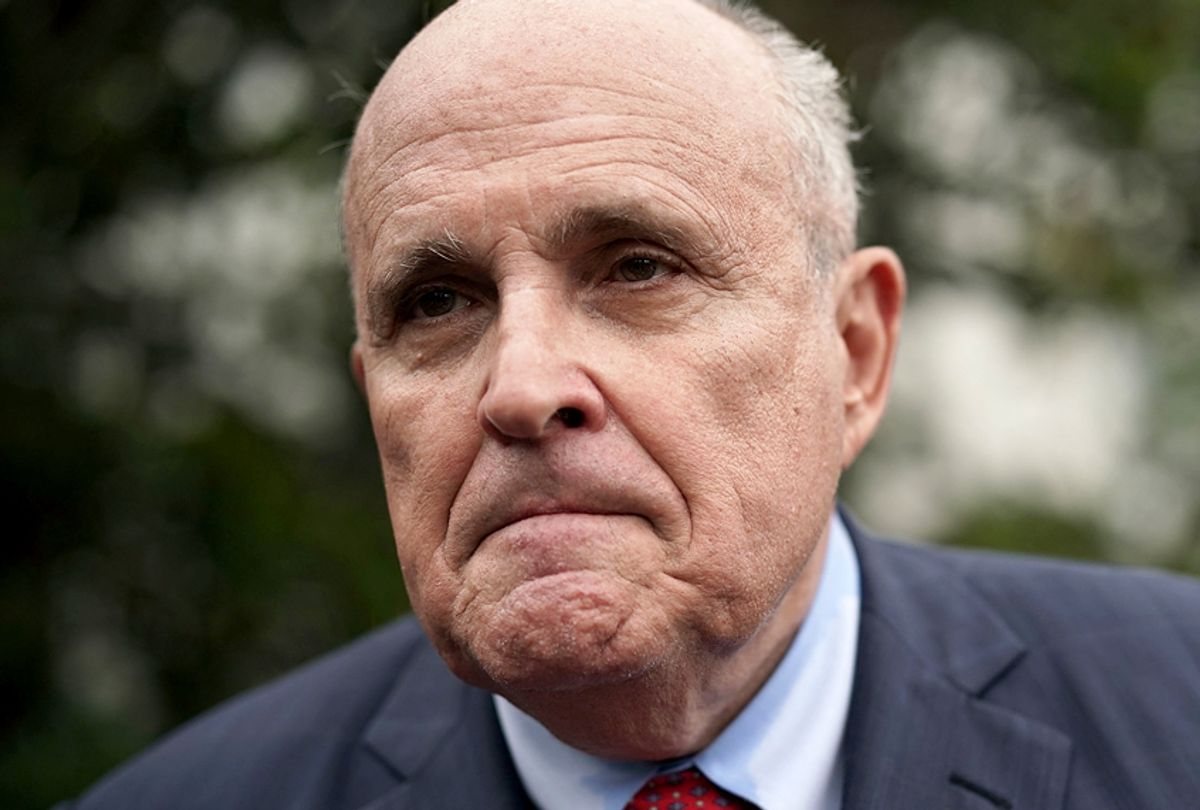 Two Democratic senators are openly questioning whether the past representation of an opioid manufacturer by Rudy Giuliani, the former New York city major turned personal attorney for President Trump, resulted in the drugmaker receiving lenient treatment from the federal government.

In a pair of letters sent last week to the heads of the Justice Department and the Drug Enforcement Administration (DEA), Sen. Maggie Hassan (D-N.H.) and Sen. Sheldon Whitehouse (D-R.I.) asked if Giuliani's work on behalf of both agencies resulted in "inappropriately lenient treatment" of the company that manufactures the powerful prescription opioid OxyContin.

In 2002, Giuliani was hired by Connecticut-based drugmaker Purdue Pharma to represent the company in negotiations with the Justice Department. At the same time, his firm Giuliani Partners "was part of a $1 million Justice Department consulting contract to advise it on reorganizing its major drug investigations," according to The New York Times.

"Facts suggest DOJ officials may have agreed to an inappropriately lenient treatment of Purdue Pharma simply because it was represented by Mr. Giuliani," Hassan and Whitehouse wrote in their letters. "The public health consequences of that decision may have been immense, and deserve greater scrutiny by Congress and DOJ."

Hassan and Whitehouse requested all documents related to Giuliani's involvement in the DOJ negotiations. They also asked "what steps were taken" to ensure that Giuliani's relationships with the DOJ "did not improperly influence plea negotiations," and if any employee at the DOJ raised concerns regarding Giuliani Partners' "simultaneous representation of Purdue Pharma and consulting work for the DOJ."

In addition, while Giuliani negotiated on Purdue's behalf in 2006, the former mayor also helped raise money for a DEA museum, according to The Times. Giuliani's legal work now finds him representing the president in special counsel Robert S. Mueller III's ongoing investigation into Russian interference in the 2016 presidential election.

Earlier this month, Trump directed Attorney General Jeff Sessions to file a federal lawsuit against companies that supply and manufacture opioids, although Trump did not offer more details about the proposed legal action. "I'd like a lawsuit to be brought against these companies that are really sending opioids at a level — it shouldn't be happening," he said at the time. "So highly addictive."

On Friday, Trump and first lady Melania Trump visited a hospital with babies born to opioid-addicted mothers to call attention to the drug epidemic.

"A great visit to @Nationwidekids today. #BeBest supports this Administration's continued efforts in battling the opioid crisis&the effects it has on NAS babies," the first lady wrote on Twitter. "Thank you to the dedicated team of doctors,researchers&caring staff who work hard daily to carrying out this mission."

"Purdue shares the president's concern about the opioid crisis," the drugmaker said in response to Trump's calls for lawsuits. "While our opioid medicines account for less than 2 percent of total prescriptions, Purdue is committed to working collaboratively with those affected by this public health crisis on meaningful solutions to help stem the tide of opioid-related overdose deaths."

Opioid manufacturers are already at the center of hundreds of state and local lawsuits, according to Bloomberg.

"Everything I did with Giuliani Partners has been totally legal, totally ethical," Giuliani told the Associated Press in 2007. "There's nothing for me to explain about it. We’ve acted honorably, decently."